Alright hear me out

uhhhhhh
Can you please phrase this in a way that makes sense?

If what you’re thinking is a board where people trade, then I’d be up for it. But how would it help with a lack of coin problem?

And what is the “lack of coin problem” in the first place?

So just help with the frustration on lack of coin?
Its really easy to make coin with the chrysominter, why would there be a lack of it?

A trading basket would be nice though

Don’t get me wrong this is kind of like the post office and exchange spots that already exist in game.

Post office can kind of work like this I also used to have one. It works with advanced locks and storage options (coin and items) think Anea’s post office still exist in DK mall (as an example). It is a location where 2 people can trade “offline” it does mean both have to be friends in the first place so the owner can set the lock.

An other version are the exchange locations. Where of multiple also still exist. You can sell base mats to baskets and buy other base mats in return. Usually an exchange doesn’t make a lot of coin as they are basically just offline trade locations. (Coin prices may vary from buy to sell but don’t forget the tax as the exchange pays tax when it buys and sells.)
There are more but this is of the top of my head:

There are 2-3 more exchange locations i am sure of but cant remember where they at.

I like your trade idea… but it would require both parties to be on and if someone needs something “yesterday” they don’t want to wait an extra day. (Thats me, just saying

Just pointing this out

because it has been tried and post office/exchange is what actually came out of that.

Un less you are talking about a meeting spot like “traders square” (for example).

Also want to point out:

Iam buying stuff for about 10 millions coins.
And can buy the same amount again.
But no one sells me stuff
And I have to gather EVERYTHING ON MY OWN.
There’s a lack of people who selling mats.
But absolutely no lack of coins.

Where do I sell this stuff for 10mil coin?

Iam buying a lot of gleam too on my gleam farm.
1millions coins 2 go! 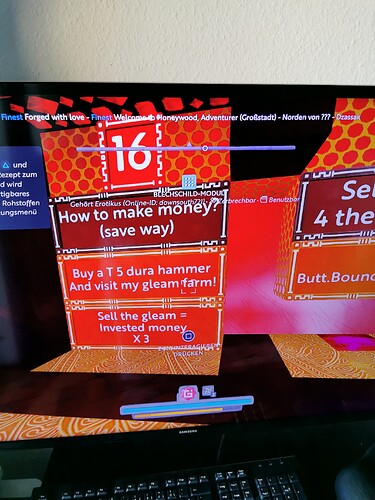 How do we get to your place again?

I saw this, but I just don’t play enough anymore to make the effort.