biggest at once on a char was only 9 million (edit: could change it very quickly 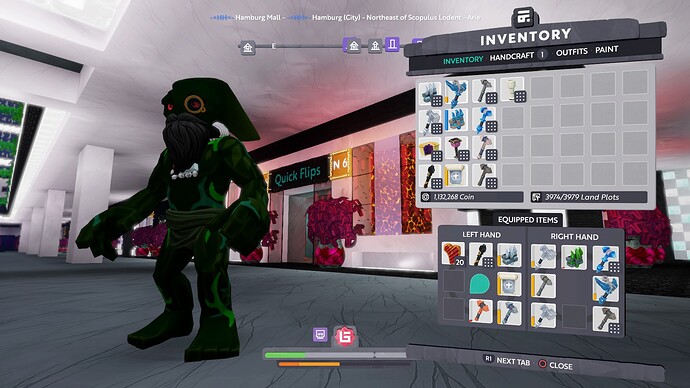 Had like about a couple million once due to some generous gifts, but for the most part I run around 50k-150k or so on my main these days. Easy come, easy go… I earn a fair bit but spend it quickly!

I’m active and I’m not

I used to think i was all that when i reached my first 10 mil. Then i realised there’s way richer people out there!

I think there’s 2 categories of rich people. The first is obviously people with tons of coin. The second is people who have an immense amount of stored goods and expensive blocks.

I always keep a few mil on hand. As i don’t tend to really build big and i don’t mine, i don’t have many expenses. By far my biggest spenders are guild-donations, event-price-money-donations and paying people to build me awesome stuff.

lol well I feel good about my first mill

It’s a great feeling isn’t it? I had when I finally got it! (was over a year ago tho!)

I’m active and I’m not

Sure, perhaps in place 499! The joke was there aren’t more than 500 active players

I once minted essence worth of 1 million coins, but then I spent it all. I am not just able to keep coins in my pockets

I’m not rich in coins as much even tho I can just buy what I need mostly but my most value is in build with high end stuff , and a prestige value of 60 mill on 1 char

I’m very coin poor, I always invest everything I get. I try to float above 1mil in the wallet to have cash available, but I always find stuff to spend it on

The vast majority of my coin is tied in shop stock and various material buffers, then a portion in request baskets. Totalling somewhere between 10 and a 100 mil.

I think there are quite a bit fewer “super rich” people than we might think (talking coin here).
@AeneaGames is completely right in that we are all Top 500 lol, and keeping that in mind, the top 1% super rich, is only 5 people.
Going by this thread, which is also how i personally already thought it was, i would think that those 5’ish people have somewhere between 10 and 100 million coins.
The rest of us, fall below, in the poor 99%

Personally I’m sitting on around 8 million coin and maybe a couple of million in forged stuff and materials, and maybe another couple million in blocks, and I’ve been working those numbers since release, at a fairly decent pace.

I have on my main around 2.5 milions, but I am not very involved in the economy

I have at least 20mil in silver blocks

I hover somewhere between 500k and 1mil generally

keeps me going and let’s me buy bulk tools and forge ingredients.

If anyone is really struggling to get off the ground coin wise, I will happily donate 30k or so to get them started

Currently sitting on 26.2m, that’s mainly because I cleared out stacks of Lucent Lucent refined and deco

I float at a healthy 250k-500k, I mainly make my money at events (Halloween + Gleambow

) and then winning Dodge Bomb FFA’s

I suppose I could make more but once I get 250k+ I don’t feel like I need anymore money, rather spend my time building

I keep 1mil for emergency anything over I’ve been spending instead of gathering myself, feels like dead money sat doing nothing