Comments from a friend looking at the game: 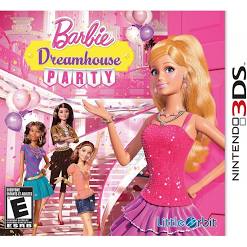 Sounds like this may be more your friend’s style then

Trying to be serious here. These are reasons people don’t play the game.

There adding a reclaim system next week, so that should stop the people crying over lost items.

While I would like more customization options for characters in game, I would also like titans and dungeons more.

There adding a reclaim system next week

is this confirmed? just wondering

Can we get an update on the next release?

We’re expecting to update Testing this week with the new Reclaim system.

Interesting that your friend is labeling other players without even playing himself and has been stated with the reclaim system this is changing.

the avatars are ugly trolls. “I’m all about building, and dressing up my character, that’s why people play this kind of game”

He should probably limit his comments to why he plays this kind of game because personally I do not play the game to “dress up my character”. I agree with others that there are more important things to be added to modified in the game.

Says testing and not release so it may be longer than next week.

thats why i asked cos it did say testing ,just wanted him to read carefully a second time xD
before any false info is given and people get excited for nothing

Wow a lot of unnecessarily defensive/aggro replies here guys. This is why people are afraid of the forums.

He’s a big ESO, ark and Conan player. We should be trying to get these kinds of players on boundless.

This isnt even aggro??? This is literally just a conversation.

Says testing and not release so it may be longer than next week.

thats why i asked cos it did say testing

My bad, i ment release to testing.

i think most of the comments are sarcasm comments but ofcourse we need to have new players but players blaming the game for item loss should seek another game not? its the players fault for not investigating deeper into the game and read

its only once in a minimum of 3 weeks to fuel your beacon.

Yes reclaim is coming soon and we need to do something about those steam reviews.

i wil handle some of that

If the developers are planning on making more changes to the core mechanics of the game (like they are doing by adding the reclaim system and removing the ability to salvage expired beacons) maybe it is better to wait for the changes to be made before bringing in a lot of new players. How are new players going to react to a game where the mechanics are in flux? We get enough angry comments from the existing player base when they make these kinds of changes.

100x This.
It’s the sole reason some of my friends refuse to get the game. To a lot of players character customization is the true endgame especially in MMOs. Other games have understood this.

Eorzea Collection is where you can share your personal glamours and browse through an extensive collection of looks for your Final Fantasy XIV character.

I was so heartbroken when 1.0 landed and they removed the somewhat ok looking EA models and replaced them with the ugly stone trolls that only have one grumpy face. It took me over a week to of trying to get back into the game. All the 1.0 new universe excitement dead, already at character creation.

@DKPuncherello I guess the reason that you only getting aggro replys is that the ppl how care about their character have already left long ago or never picked up the game in the first place. Which is sad, because that’s quite a lot of players when you look at other MMOs…

As far as im aware, the models for some of the alternative character designs already exist in game, so i’m unsure as to why they went added as an customization option.

as someone who helps out a lot of newbies and asking for their input on the game and tell me how they feel about it, most issues lay with product being advertised is not how the game actually is, for example the videos with sets etc. also plotting is an issue not telling them that once u place a plot down above it and below it is protected and reserved by the plot owner, and ofcourse the update changes and all that makes them feel we are stil in open beta

I will not disagree that a lack of advertisement certainly has to affect getting players to try the game. But I do wonder how many players feel like you stated when then do decide to play, that they are playing an unfinished game. I would also argue a big issue is player retention. If Steam is to be believed, then they have sold over 20,000 copies of Boundless. If that is true then the real issue is why we do not keep players. If we had even 10% of those people playing, the universe would be a very different place.

Shape your citizen, forge your destiny and sculpt your world in this epic voxel sandbox MMO built on endless possibility.