My forged shovels have the quirk more damage at night and less during day,
though the damage is wrongly stated.

First I thought, maybe cause of the minus damage it has already cause I haven’t forged any damage on it and its AOE that it might work vice versa - more damage during day and less at night, BUT I just tried them out myself on my future husband’s shimmy orb farm (connected to THE FUTURE MALL on THE FUTURE) and noticed, its still working like it should. But yeah, the damage stats are stated vice versa and it confused me big times!

Here is what is stated during day but should be stated at night: 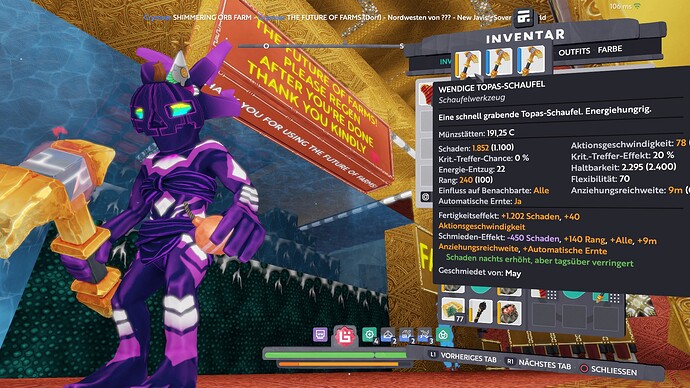 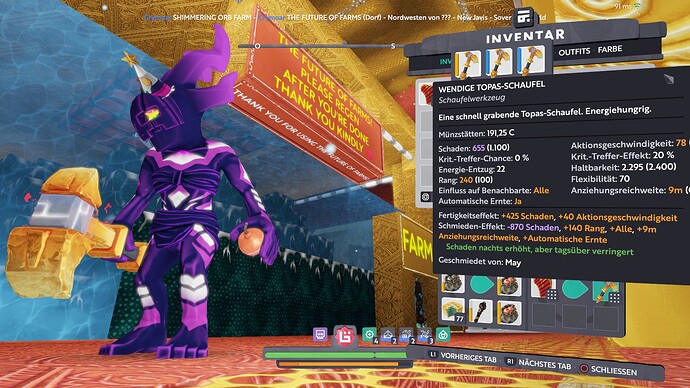 I dont know if thats just for me as german, or if the “bug” occurs for other players as well, but its definitely something that should be fixed xD

Looks like they are aware for the last year or so:

It was added to the bug database at the time and is assigned to someone, so there is a record of it.

But no harm in a gentle reminder!

Yeah I’m not so active on the forum

just wanted to post about it cause it was pretty confusing

it just has to be fixed its something that confuses a lot of people.
that link and the issue has been nearly a year come on devs get it fixed!

This topic was automatically closed 7 days after the last reply. New replies are no longer allowed.