Dreaming (things u would love to see but prob won't happen)

Beacon boxer and beacon unpacker! Make a box that sucks up all player placed blocks in your plots. Time required bases on number of plots, number of blocks/storage, and/or prestige of the build. Give it an animation similar to the ghost busters trap, swirling and sucking up all the blocks, regening the area as it goes. Once you get to where you want it, you can either access it as an inventory to pull out specific items or plop down your beacon-in’a-box and watch it unfold.

i would love to see some sort of blueprint system, where you can blueprint a build in a beacon, pick it all up and move it somewhere else, iv built some pretty ambitious projects in-game and because of one person i have lost all motivation to keep playing where i am, and the thought of taking it all down and moving somewhere else is a bit to much.

Titans, rock throwers, end game boss planets/giant Jesus battle.
Okay. I’m pretty much content as is. Anything added at this point is a bonus.

“Giant Jesus battle” is now the weirdest thing I’ve read on the forums lol that said, Titans will hopefully add some amazing stuff when they get put in

Well, since we’re dreaming, how about making the UltaMech fully functional?

Take it into battle (take THAT you pesky Roadrunner! … Oh wait, the feather disintegrated) or use it to mine an Exo with (Rift X3932, one blast!).

“Oh, you think you’re getting to that Resin first? Aims guns at Exo from Norkyna” KABOOM!! Hunk of mantle left, Player … X45 was Defeated

Bahahaha. What not something you’ve been hoping for? 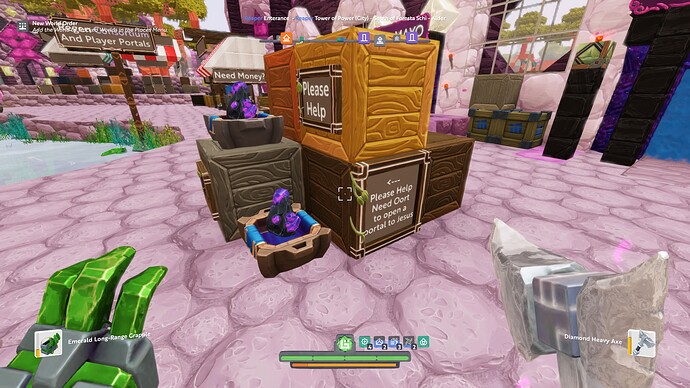 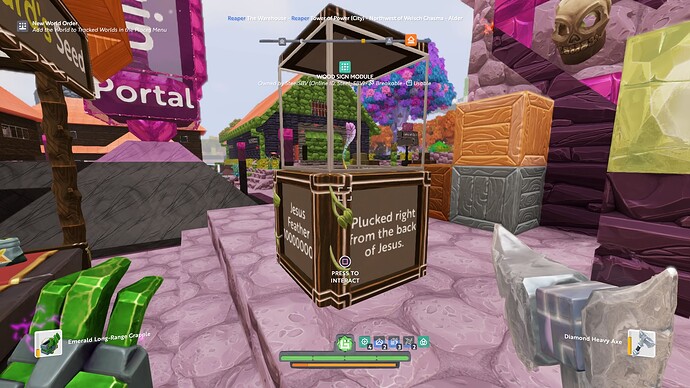 Being able to ride a wildstock

I want to ride this beast across the landscape, through the portals, and into the safety of my base. 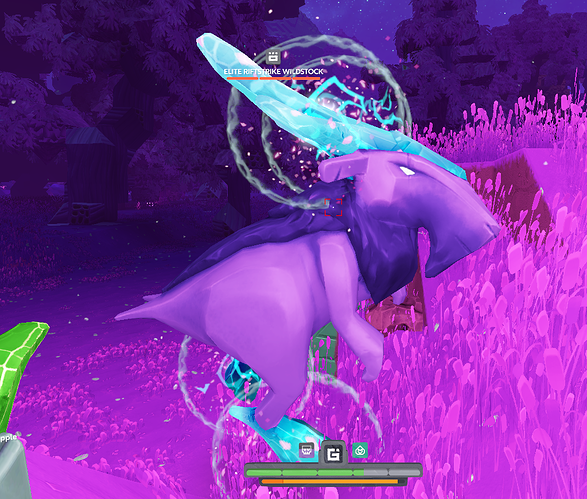 This would be a fun thing to see in game…an actual “safe bump” - I have a different view of the word safe.

Yes this is ridiculous

New enemies, like the Warp Wraith and Rumblers.
I know they’d probably get in some day, but seeing how finished the Wraith is in terms of animations from '17 threads, I figure they’ve been pushed back for more builder or explorer options first.

Its a shame through, because Wraiths especially would be fun to have chasing you through an exo or high level planet.

On the mention of planets, I’d probably go with the whole “Give AUS a T4 Lush planet, too!” movement that had traction a week or two ago in a thread on here. Don’t think that would be a hard thing to add, though, but I could easily be horribly wrong.
Im EU myself so I’d get 200+ ping there if I ever went, but it just seems fair to 'em that they have the option too.
Planet Uluru or Irwin, I suggest, mostly because they sound like planet names, but also because Uluru sounds great overall imo.

I think this is pretty much what I would wish for most (really crazy VR wish aside…).
I love my current home planet but kinda have the itch to rebuild elsewhere (more dramatic/interesting landscape…) but no way have the time or inclination to dismantle current build etc for the mats and plots.
Also this option would definitely have to be there if I was ever going to consider a rental planet.