So yes… another Guild Bug Thread… but given the variety of previous ones… then a new one and trying to present the observed status.

Created a new testing guild DemoGuildEUC Friday.
Controlled by Huntsman
joined 3 other characters in, from a mix of old accounts + new account.
All appeared “okay’ish”, but somewhere within 24hours later. I check the guild, only Huntsman in the guild.

Same effect is seen for ULT Guild, RTG and others.

Characters that have been “removed” from a Guild, when they then rejoin… their Guild Tab (on the character itself) lists the joined guild under “Your Other Guilds” it is not a primary guild.

Since it appears with a new fresh guild + old guilds, sync issue somewhere ?

I just made the same setup on US-East, but not been 24hours yet.

@majorvex What is the usual sacrifices needed to spawn @james ?

Just out of curiosity, have tou tried giving the alts any guild perms?

This is considerably screwed up

Guild: DemoGuildEUC [Guild Book: Gyosha Ophin: -588N 461E 74A]
Was made the day before, already had thrown test members out by itself.
Join Guild: LerRhan

21:45~:
Guild: NewCharDemoUSE
Members: Huntsman, the guild leader is gone… LerRhan no longer in it or running it. Even though he made it, and it is on his beacon.

Guild: Ultima
LerRhan no longer in the guild.

I am going to assume there are multiple variations playing in… but guessing for “new” characters it is much worse(?) So whatever fix that was added recently… uhm was that also made default for new characters created ? 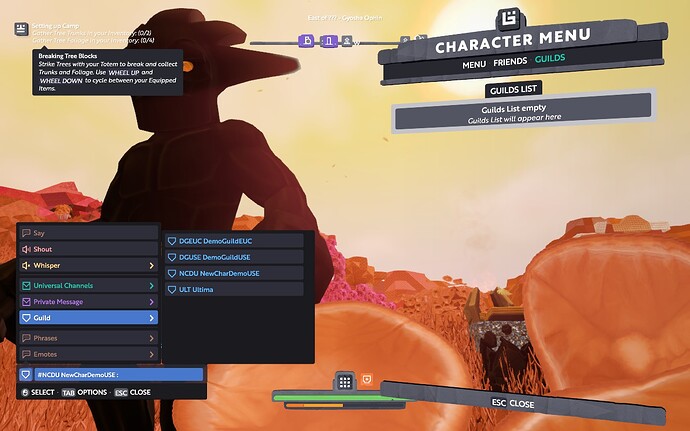 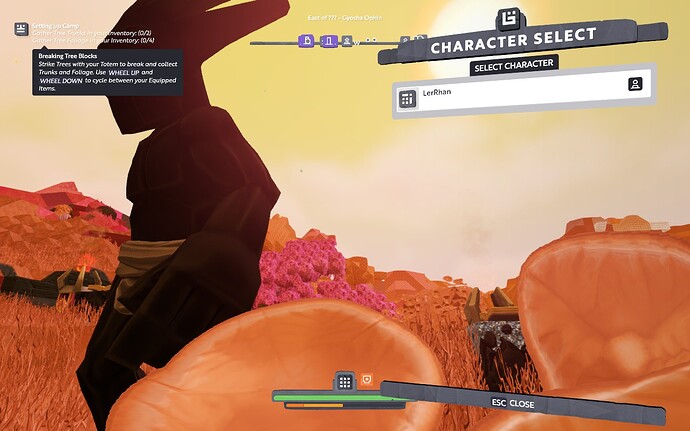 Which now begs the question… how many ghost members are there actually in all the guilds out there ? =p ones that can see chat & use it, but not showing up as a member of the guild. No blue icon, not on the members list, not in the member-count…

That is extremely weird…

yup, didn’t pay it much attention. But the more RTG was talking about it on Arie and the posts that kept popping up… decided to try to break down the behaviour a bit structured.

Just got back in town…

I think the dev(s) might be on spring break/vacation or something - or maybe still moving into a new office/location(I assume the office moved - maybe not). I really dunno though

Yea we never put it in a post, but all of our alts that drop were/are able to retain guild chat channel(which is a plus so re-adds are easier). Not the logs channel now that I think about it.

I do not know if this carries over to intentional removals as we have not dropped anyone from our guild by choice.

Its been at least a day now since we’ve seen a drop.

I guess tag one of the Devs in the post. I’ve always had good responses from @vdragon.
Maybe they can offer some insight?

I have two toons that have dissimilar experiences, both of them have been rerolled 2 or 3 times, started on my sov planet, powered though the tutorial until i got the better together journal that says join a guild… joined vikings; One toon is still in the guild today, the other is not.

I have one toon Viking-Forging that is in the viking guild still, i have RNGesus that cant stay in the guild… per his name, his experience seems random…

Soo half result isn’t really an option for me

Made an account… clean… no other connections… what so ever. so new character also.
did his tutorials etc etc.
Did the following:
Created this guild:

around the 18th hour mark I made 3 more guilds:

Left them for half a day, nothing all good. and also no change to BZP yet…

Then I joined Huntsman into t001 about 3 hours ago from this post.

In this post, ALL characters are NON-Gleamclub and new, except Huntsman…

It also affects the Friends list, the same ones impossible to keep in a guild, also vanishes from friendslist.
1 side suddenly not seeing the other as a friend, while the other has it as a friend still.

Also for the Guild status:
BZP… joined Huntsman into it… now loredane & lerrahn was removed by the system for that.

and when stuck in a guild with the leader removed like this, you can’t leave the guild yourself… and you can’t disband the guild either as you are not the leader.

Longest non-purge… 2 days…
But the pattern so far from that alone is:
(Before) 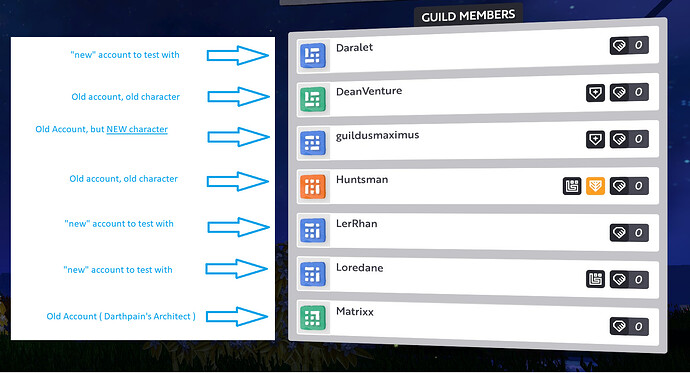 Still the same pattern for the Friends list also… kicked

Now the combination that do work… for “new characters to join a guild and stay in it”… by being ONLY them in the guild, once an “old” character joins the guild. the characters are purged after a while and the new ones are thrown out,even if they were the leader of the guild.

Same pattern in all of the test guilds + the ones I put into ULT, all cleaned out by the system itself.

Thanks for the details.

We do have some additional logging enabled for the past couple of weeks to try and track down what is happening here.

Clearly something is going out of sync.

We will try to correlate the information reported here with the additional logging to see if we can spot the issue.

Again thanks for helping to investigate.