The guild buffs switch too. But they don’t work correctly. Building safety sometimes works sometimes doesn’t. That goes for builders speed building too. This happened when I switched an alt to Fireborn (Fawte). My main (Fante) now switches back and forth automatically. Should have been and always had PS as primary. I’ve haven’t switched my main primary guild since like April. Am I missing something here lol? 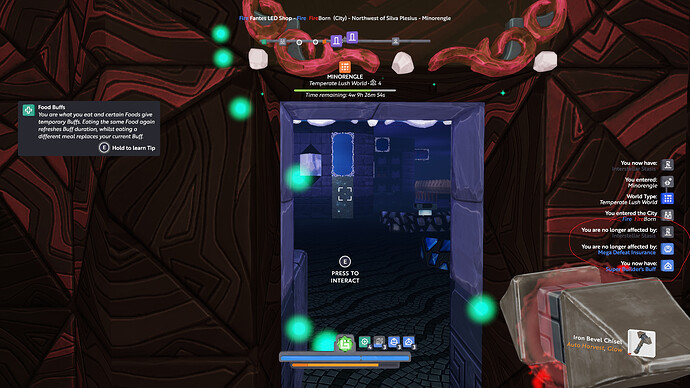 (assuming not a brand new bug!:: ) we have a fix for this in dev version, but it has been held off from release as it makes quite a few internal changes to the guild database and will be likely released over christmas break on the testing-branch only.

in the meantime, you should be able to work-around it by leaving one of the guilds involved, and then joining it again; the issue being your character has more than 1 guild as its primary guild and is causing that flip-flop as you join worlds; leaving the guild will force it to clear it as your primary leaving just the 1 primary remaining.

Yeah have this same problem. Will try your work around. Though I won’t be able to rejoin the one guild as the owner is temporarily unable to log in.

(The fix for this is currently on Testing - btw. So hopefully this will no longer be an issue after the next update.)