This week we have been busy testing new features and fixing bugs for the Testing updates we did on Thursday and Friday. We will be fixing more bugs and making tweaks with feedback from the community next week so that we can update the official Live release with all the latest goodness.

Next month, we will be putting more efforts on the following.

Please report all bugs and issues here for the recent Testing updates.

Code
This week there lots of work on features to get the release out. The release notes cover most of what has been worked on.

In addition we’ve been working on:

We’ve been looking investigating back end database options and started some refactoring to allow benchmarking. The server were updated to Ubuntu 16.04. We have had an VFX artist join us so there’s been quite a bit of knowledge sharing and set up.

Design
@Tobelawe has wrapped up the five world configs and numerous biomes that will provide worlds for us in the near future. This is a great base to build on, but there is plenty more amazing things that could be done. All of his work will be available to see and play with in the World Builder. The Worlds and Biome used in the Testing 22 release are currently in a branch of the boundless.worlds project. If you want to contribute to the worlds for the game you can get involved – message @nevir or @olliepurkiss for help on this.

@luke-turbulenz has been tweaking and balancing experience gaining and the rewards. He’s also continued to work on the design for the stats system, as well as thinking about VFX that are important from a design perspective. Finally he saved @olliepurkiss from going mad by doing the second half of the descriptive text for the objects in the game.

@olliepurkiss has been helping to get the release ready, keeping up with reviewing bug reports, polish tasks and supporting the coder’s work on analytics and “smart stacking”.

Art
This week the art team have been supporting the Testing release build.

We’ve concepted adjustments to the Totem to support the new Location Marker creation on remote worlds.

We’re modelling the final Shovels: wood and stone seen below. They will be added to the Testing and Live releases soon. 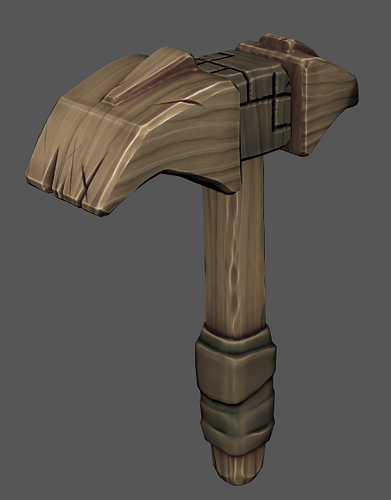 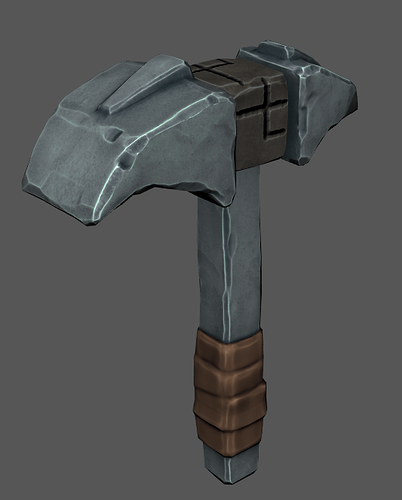 This week we presented the first 4 Boundless creatures, including their Progression, Elemental and Exotic visual treatments. Each post contains details on different aspects of the design. You can check them all out below:

The initial family is almost complete. More coming next week.

We’re now focusing on the VFX for Boundless. Below are some early concepts exploring a hand generated style for an updated Torch flame.

We will do a separate post soon when we have finalised the style and have it working in game.

We’ve also been exploring a procedural palette system that will generated all the different block and lighting colours of the Boundless worlds.

Adding all these pics to the collection. Thanks for the update @James

Also, we will get more weapons tan the slinshot, and the lance (i know this last one isn’t yet on the game XD)???
Because I, and some other players, would liketo have more weapon options, daggers/knifes-swords-greatswords-greataxes-greathammers-shields-greatshields-pikes-claw/hand like weapons, etc

I’m 99.9% sure there wont be any other weapon types before 1.0. If they ever add more it’ll probably happen way after release

Also, we will get more weapons tan the slinshot, and the lance (i know this last one isn’t yet on the game XD)???Because I, and some other players, would liketo have more weapon options, daggers/knifes-swords-greatswords-greataxes-greathammers-shields-greatshields-pikes-claw/hand like weapons, etc

Whilst Boundless will only contain 2 weapons at 1.0. These weapons come in many materials (metals, alloys, gems, special) with many enhancement combinations. It’s better to think of them as a ranged base and a mêlée base. So it’s more like 2x#Mx#E^5 weapons than 2 weapons.

I’m 99.9% sure there wont be any other weapon types before 1.0. If they ever add more it’ll probably happen way after release

think of them as a ranged base and a mêlée base

But what about tank base and heal/support base?

Or is the combat not suited for such mechanics?

There will be healing arrows later ^^

Yes all this with one weapon

But what about tank base and heal/support base?

Whilst we’re not sticking rigidly to the traditional MMO “holy trinity” concept, we want elements of that in the combat, and we definitely want to encourage playing in a support role.

1st torch affect is the best in my opinion

the portal transitions even smoother