When do YOU think the next testing AND live update will be released?

“Bets?” you say? “What am I betting Clex? What do I get if I choose the right time period?” Well, fair Citizen, you win…FAME, HONOR, AND GLORY! Oh, and mega bragging rights for being right. And what prize could possibly be better than bragging rights on this forum? (I feel the need to add here that this is a rhetorical question. Please no endless discussion on other things that really actually are far worse because the answer is truly “nothing is better Clex”

Two final disclaimers before voting commences!
-Please respond only with speculation of the timing of things! This should not turn into another thread that turns into nonsensical bickering about Larion or roadmaps or other such things because we’re all too dang bored. I will be asking our lovely lovely mods to split out things that get too off-topic

. Please stick to stating your thoughts on the timing alone (even if said thoughts are silly or nonsensical in nature (e.g. “April 25th b/c it’s the best date”).
-Second disclaimer: posts of “Oh look another speculation thread” will be heartily laughed at. Yes, speculation is even mentioned in this very post! If you don’t like speculation, don’t read the thread

So without further ado… 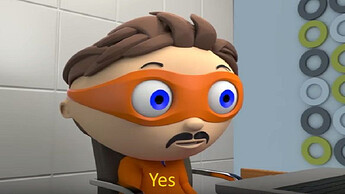 I don’t care when it pops i am just happy knowing it will come.

But by not caring you miss out on the chance of earning FAME, HONOR, and GLORY!

Personally went with April 25th for both. Because it truly IS the perfect date.

Imma get that honor stuff…

My initial bet was this month. I am guessing the planet option is more complicated then expected…so I am going to say live out in May

I’m ok watching and cheering on everyone else.

May would be competitive for boundless

Rust will be released on consoles on the 21st and with the new update for no mans sky that came out there is a big thing rolling towards that game. And don’t forget valheim which is getting an content update.
Everyone is faster and people getting bored with all the lags in game and get bored with doing the same stuff over and over again. So if they wait long enough they don’t need a update cause no on is there anymore who plays the game.