Oh really? I could have sworn it was a thing. I thought I remembered someone showing a video of a 3x3 I’m action when this first came out. 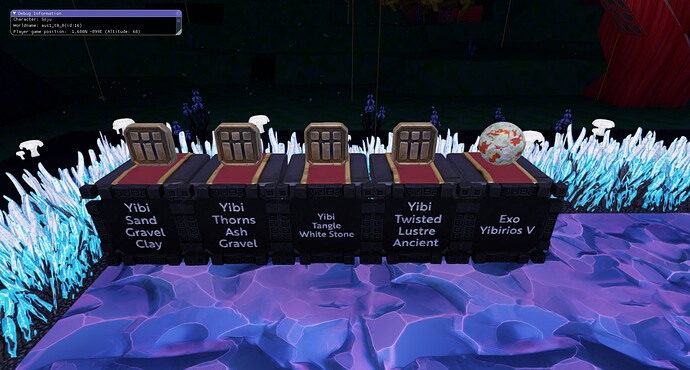 What is the best altitude for mining blink? Actually I have no clue about the other two either?

so do people have a gem finder or xray, it seems all the mats are mined but in a way as if whoever did it had xray vision?

What makes you feel that way?

There have been several discussions on this potential mod and the consensus seems to be that x-ray vision is not real. I am on PS4, so no modding for me anyway.

The mining techniques are sometimes suspicious. It could just be a random miner that has a lot of small tunnels. I sometimes do this in heavy lava areas. Not all of those offshoots have Blink at the end. Also, some people still chisel mine to avoid the danger of lava.

Blink exos are sometimes rough because you will get small pockets surrounded by lava, which is what we have now.

Has anyone seen the white growth? I’ve looked the last few times white showed up and haven’t had any luck finding any.

Sometimes resources don’t exist at all.

But if you are trying to find it, I’ve seen growth Spawn at high mountains and sometimes under water in other planets

There are at least 3 ways that I have discovered to get X-ray vision on PS4. No modding required.

I let the devs know about them a few months ago.

None of them is particularly useful; I would say 2 out of the three slow you down enough that I think they would reduce your gems or lucent per hour. One I would say is break even or might give you a teeny tiny edge on gems per hour. I have only “used” them enough to confirm they work. If they were useful, I wouldn’t use them either.

I don’t use any of the three exploits. No, I won’t tell you (or others) how to do them until after they are patched. I consider all three to be exploits, albeit relatively worthless ones.

I don’t particularly care to know them. It is nice to know that at least if there are ways to use glitches, that the Devs are aware.

That would be amazing! Been trying to find some for awhile

I’m on the fence with things like that. You not telling anyone means the people who know have an advantage and the bug is less likely to get a priority of any sort. Telling everyone means everyone knows how to do it(those that use the forums at least) and it’s more likely to get patched since a higher percentage of people would be doing it. I won’t try figuring it out(I don’t even mine anymore really lol) but if I happen to stumble upon it, you can bet I will tell everyone as to hopefully get it patched out faster

That was my original thought. But the devs have a lot on their plate.

If it were a useful exploit I’d push the devs harder to fix it.

If there is a field full of spineback plants could someone give me a location, please. Really love the color!

Not a field of them, but starting at the location in the picture below and heading south over the hill I counted 25ish of them I think pretty close to each other. I left them there. 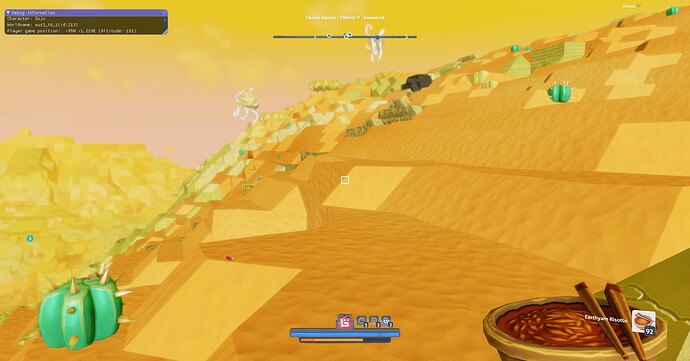 Whoops. I meant to say “a field of spineflower”, got the names mixed up.