A New Player’s Experience with Boundless

Hi everyone, I recently began playing Boundless with my wife in late December and have finally become somewhat “established”.

Im not the type to usually write this kind of thing, but I wanted to share my experience with this game and it’s community, coming from a somewhat new player.

When we first started we were just wandering around, and after a bit, came across a large city. It was honestly a bit overwhelming since the only thing I had to compare the game to was minecraft. But there was a dizzying amount of detail to this game in comparison. After an hour or so of just exploring, we ran across a player named “Quazel”. They saw that we were new and after our conversation gave us a couple forged sapphire hammers and some iron grapples! This was honestly a game changer. I had been somewhat discouraged by the wood hammer, and assumed that the game was just somewhat slow. But this hammer showed me the potential power you could have in Boundless.

Quazel then took the time to teach us how the portal hubs work, specifically the PS hub

After that we became a bit more self reliant, and decided to try to find a nice place to settle and start building. We found ourselves on Raxxa, and an all gleam box on top of a hill turned into brick and marble houses within a month or so. Our neighbors, Arkeon and Tiddlebinks would stop by periodically to see our progress. They were so unbelievably kind. I mentioned I was trying to make my house mainly white and black and the next day they would come by with whatever they had in black or white and give it to me. I tried to repay them, but they would just ask me to let them know when I’m finished so they could see

We eventually found ourselves in need of money, so I asked around to find the best way to make money as a noob. Someone mentioned hunting, so we joined the Boundless Discord and joined one of ElSioui’s hunts. We lagged behind everyone with our iron grapples, and as we were trying to catch up with the group, a player named “Lennex” appeared and gave us forged emerald grapples… That allowed us to actually keep up, get the meteors, and make some decent coin.

After awhile I noticed we were spending a lot of coin on tools, specifically forged tools. So I decided to learn how to forge. Then I saw what it took to forge something. I was discouraged as I didn’t have anything in massive amounts, so any amount of forging ingredients I would craft would be insignificant. So I saved up money and wandered around trying to find the best prices, and the 70k I had saved up was now gone. But I had enough stuff to practice forging. I used Vansten’s Methodology to Forging to get the basics down but I quickly ran out of ingredients. I hunted again and again, saved up money and went to go buy more, but I ran across a player named “Sumofdeez” who showed me their shop. I expressed that I basically saved up just so I could practice forging. He said stay here, brb. I waited and he popped in through a portal and filled my inventory with forging ingredients!!! He didn’t want anything in return, just advised that I don’t get too frustrated with the forge

I read more and more about forging and eventually decided to consult a master on the forums, WakenBake. He answered so many of my questions and linked me to other conversations with forgers to understand different methods. On top of that he released a guide. All of which helped me understand forging at a new depth, and now I can forge any tool for my wife and I

and to the Adult Guild for answering my numerous questions on discord. And to Cassidy for taking the time to transform and give specific blocks to my wife. Also MrNix for showing her around and explaining the finer details of mining. There are multiple others that I may be forgetting, and if so I apologize, my memory isn’t the best.

Sorry for the long story, I just wanted to speak on how kind people are in this game. Its not something I’m used to. Im used to competition and griefing being the norm. But Boundless has shown me another side.

So thank you to everyone who helped us on our journey, and to the people who are kind for the sake of being kind. 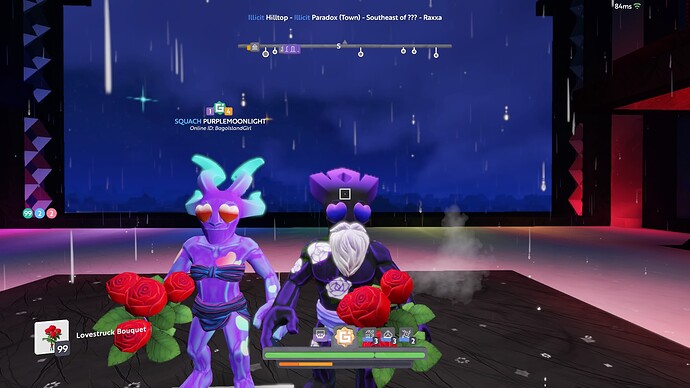 Posts like this are truely great to see. I’m glad you and your wife are enjoying your time in game, and that early game wasn’t a turnoff thanks to the generosity of the community (and I’m glad my guide was able to be of use).

I’l have to come checkout what you’ve built sometime.

Loved reading your origin story, thanks for writing it!

After an hour or so of just exploring, we ran across a player named “Quazel”

This was honestly a game changer

You just made my day

This is why I, and so many members of this community want to help

Thanks for sticking around!

Always a pleasure to help out

Hey there! Glad to see ya’ll are doing well, glad the grapples and everything helped out

You’re always welcome to hang around ADULT on alder whenever ya want!

I’ve collected as many helpful boundless web resources as possible at dkmall.shop, check it out, you may find it helpful

I think that you’ll find that the majority of major players actively want to help people! I love this game, love it. But the people who play it definitely shine. And its really great being able to read this from your perspective. It really makes it all worth it!

Thank you for sharing! It is true, in boundless you will always find helping hands.

This should also be copy-pasted in the official shout out topic @Leahlemoncakes made.

Ditto the other replies here - absolutely love your post, thank you for sharing!!

The community here really is so incredible, it is a big part of why Boundless has risen above so many other games I have loved!

So many pass the empathy torch so to speak. It’s a good kindness meme and one I love to see more of. Assumptions tend to bring out the worst in the best of us here. Loved reading what you wrote.

Absolutely awesome post, thankyou for sharing with us all!

I have no words…

When I was just starting not long ago Quazel/Mittens handed me a stack of “defect” diamond hammers. I still see it as one of the major catalysts in allowing me to make enough money to get into forging. Now that I forge my own tools (and sell a few) I still buy Qmart whenever I’m walking by.

The people in this game have the power to make or break the experience for a new player. Thankfully the community is amazing!

Such an amazing community here in Boundless! it’s what keeps me around