so, I wanted this sign text to be berry: 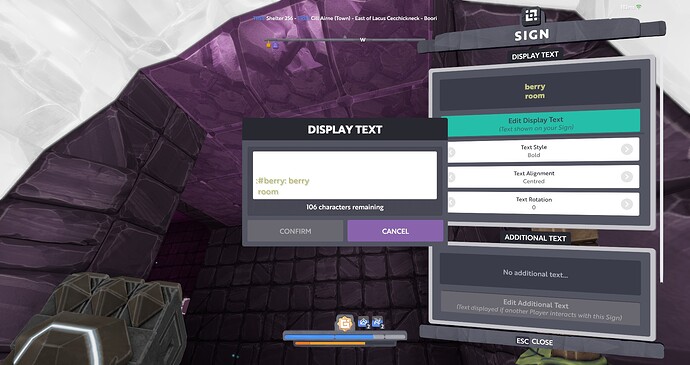 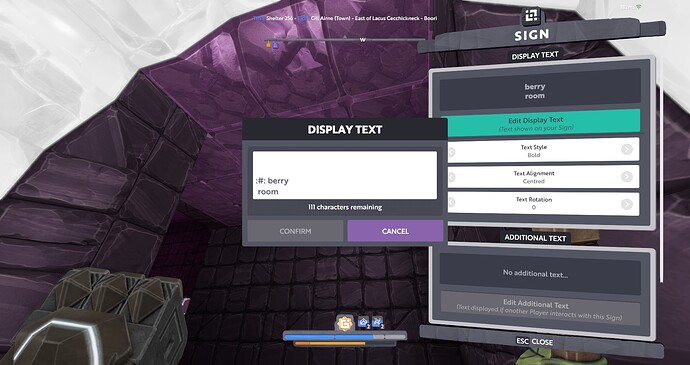 NOTE: there is no pure berry color, so typing berry should only return as faulty command and display the color code part as text in default color, right?

PS. tested more and tried to use pure magenta as color of text (that color doesn’t exist either); this time it turned text to silk berry (I think) - so the color code doesn’t act as invalid and is hidden, giving text some randomly picked color instead?

PS. 2 well, after a few more tries typing #magenta started behaving normally, so the code is invalid and shows as text on sign (in default color which is black in this case)

In general you shouldn’t use words for colors, as it doesn’t work correctly with international language users

I realize this doesn’t answer your q

All the boundless “colors” are actually two colors paired together, too.

I realize this doesn’t answer your q

well, I don’t have a question here, merely reporting a bug

general you shouldn’t use words for colors, as it doesn’t work correctly with international languag

That’s no longer the case, they’ll be replaced by codes already, but ‘existing’ cases from before this weren’t migrated to fix them up