I am mostly a solo player, so getting rough oortstone and monster drops in general is both a good way of
supplementing income and being self-sufficient.

This build allows you to be nearly invulnerable in T3 and T4, letting you slowly sneeze your way into total meteoric annihilation. In other words you should almost never die unless you die an ugly fall damage death.

When you are starting the game it’s easy to get lost, and even when you first reach level 50, you may still feel lost or without a lot of direction. This guide is literally meant as a guide and not as a strict build to adhere to! I fully expect that some skill points will be invested differently for different people.

This guide is incomplete but the bulk of what you need to know is here. I will be adding playstyle and weapon information when I get a chance. I will tidy up the guide style later too.

First of all, requirements and recommendations for this build: I’ll explain my choices in sequence, from the top: 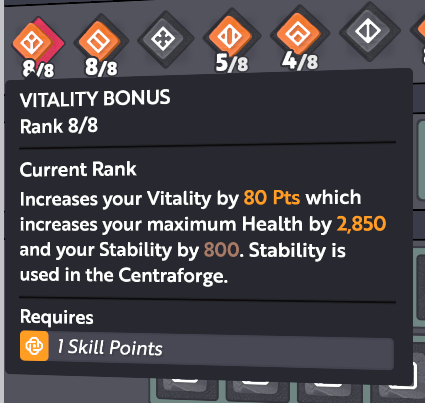 Vitality is a highly recommended stat for this build because it allows room for error in general and will allow you to go into T5/T6 worlds with this build while allowing you to make some mistakes there. 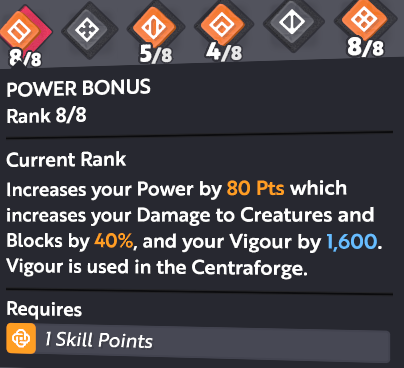 Power is a mandatory stat because killing creatures as fast as possible will not only make sure you take less time doing meteors, but will also ensure that each one of them will have less time to hurt you, since you dispatch each one quicker. 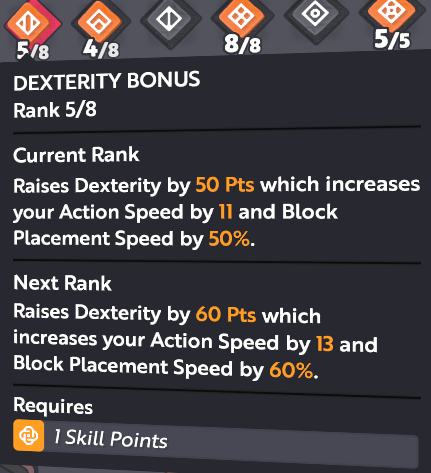 Dex is a highly recommended stat. Being able to use your weapons faster means that if you make a mistake with aiming you can fire again in a shorter amount of time, which is important because of how creatures move about, cuttletrunks especially. Longer delays in firing again may result in your shot missing a cuttletrunk because it moved out of the way just as your weapon was ready to fire again. 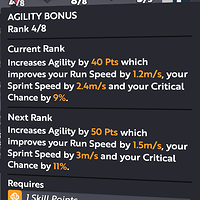 At least 4 points in Agility are mandatory. Movement speed is important for quickly correcting your trajectory, since hostile creatures shoot at you based on your current movement vector, and this amount of movement speed allows you to safely dodge nearly all attacks and outrun smaller Wildstock, which with this build is not important for T3/T4, but remains exceedingly important for T5/T6. 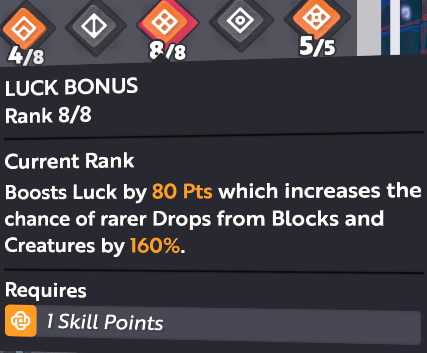 I would say that maxing out Luck is mandatory for any hunting or resource-gathering build, though others may disagree. You want to maximise the amount of drops you’ll be getting, and this is the easy way to do it, since you’ll effectively get as much as you can per kill. 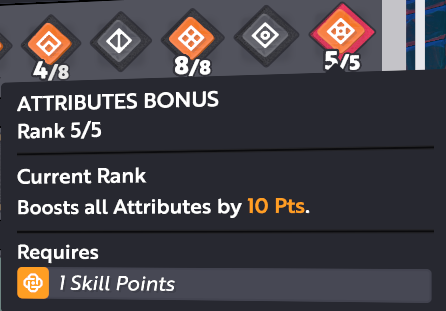 Again, I would say that maxing this out is mandatory because of the all-round bonus it provides and for the reason that it puts your Luck as high as possible. 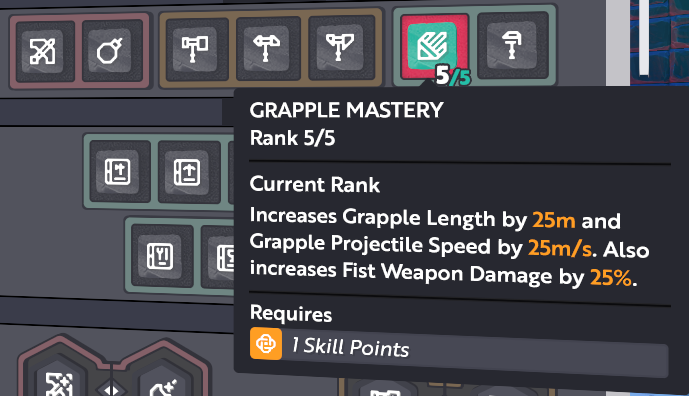 I highly recommend Grapple Mastery if you have decent grapples and primarily use Fist weapons (this will be discussed in the Playstyle section. If you prefer Slingbows or Bombs and are happy with your Grapples not having this buff, pick the appropriate mastery for them instead. 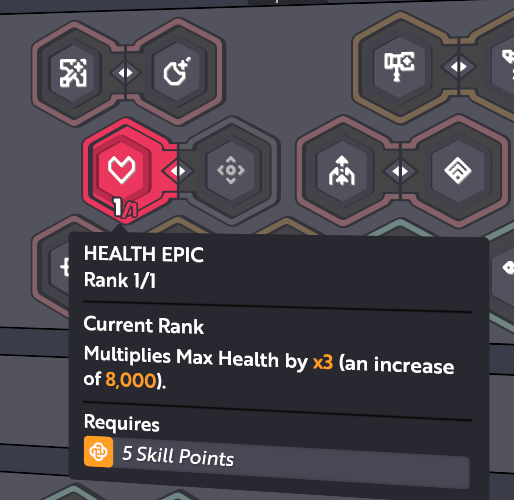 The Health Epic is highly recommended for all the same reasons you should take Vitality. If you are ONLY going into T3/T4, you can skip it and take the twin Energy Epic instead but this comes down to personal preference. Keep in mind you may find the Energy Epic to be more useful when using gem grapples and heavy fists/bombs. 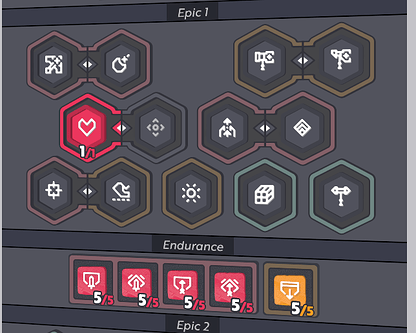 If by the end of the build you have managed to save enough points and you have a slingbow/bomb preference, I highly recommend taking their appropriate Epic skills here.

All of the skills under Endurance are considered mandatory, bearing in mind this accounts for 25% of your skill point investment but also that these are the utmost important stats for survival and T3/T4 near-invulnerability. 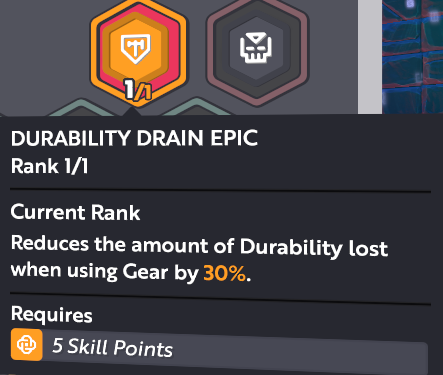 The Dura Drain Epic is highly recommended but not mandatory. Strictly speaking this just means your gear lasts longer which is more valuable as a choice if you are using forged or expensive equipment. I personally consider this mandatory myself but it can be skipped. 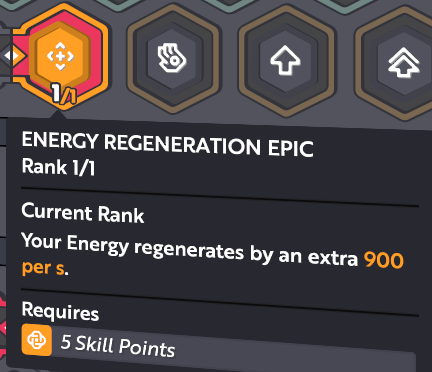 The Energy Regeneration Epic should be considered mandatory if you are using heavy fists, bombs and grapples. You may skip it but I do not recommend it. I would never recommend you take its twin HP regen epic. 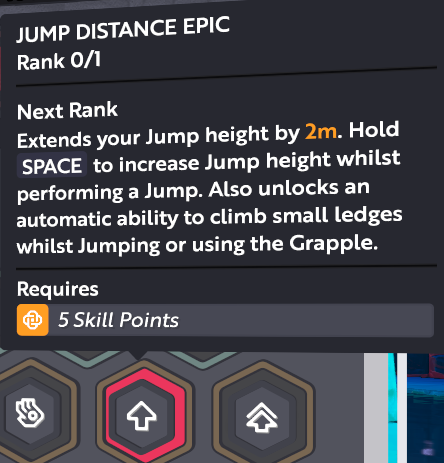 I highly recommend the Jump Distance Epic but you may prefer not to take it. It is useful for dodging some attacks and generally overcoming hills and cliffs. 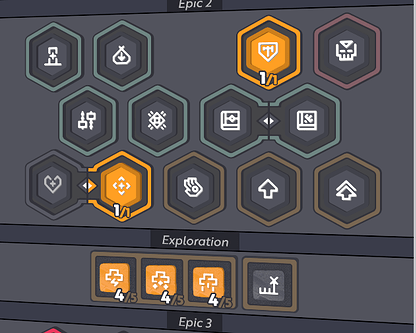 If you want to go to T6 worlds, you should take 4/5 into each relevant atmosphere protection skill. You shouldn’t need to go higher unless you want to go into T7 exoworlds, in which case you’ll also want Warp Distance too, most likely. This is a difficult section to balance with the rest, in my opinion. 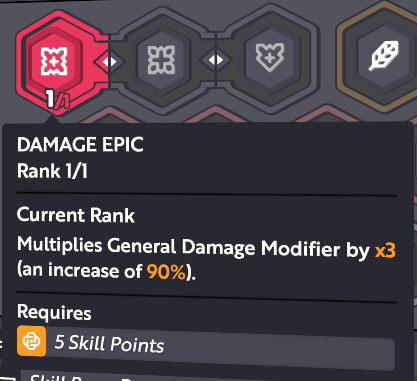 The Damage Epic is highly recommended for the same reasons that Power is mandatory. The only reason you’ll want to take the defence epic twin here is if you are tanking for someone or need the extra survival for T5+, but remember killing creatures faster increases survival rates too. The healing epic is only appropriate if you’ll be healing, in my opinion, but even then it’s probably better to just kill everything faster. 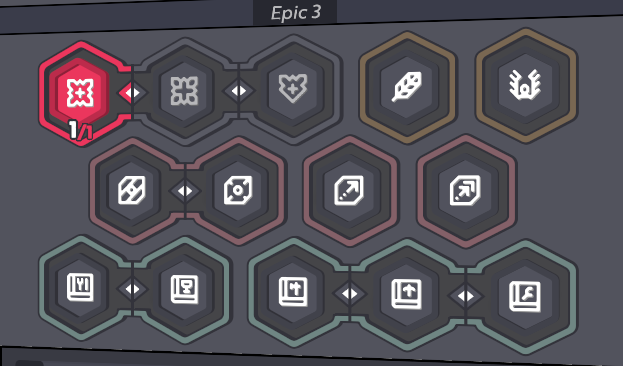 In this section, if you have managed to skip other skill points and still have room for more epics, you can take the relevant Rage/Focus epics but keep in mind you’ll need their relevant potions to be of any real use.

This concludes the overview of the skill page.

Weapon choice can come down a bit to personal preference, but let me give you a run by the caveats of each weapon type:

I can make Iron fists for you if you want, and also forge them.

Whichever weapon you choose, it’s worth keeping in mind that it’s useful to have backup weapons of the other types even if they are unforged.

How you use your chosen weapons may vary a little but generally you’ll want to keep moving, carefully so as to avoid getting hit by enemy shots and if you have the Jump Epic, make use of it to dodge attacks too. The terrain can be your friend, too.

But more importantly, if you took the build straight as I’ve made it and went to a T3, you’d be nearly unkillable. Most enemies won’t be able to deal damage. 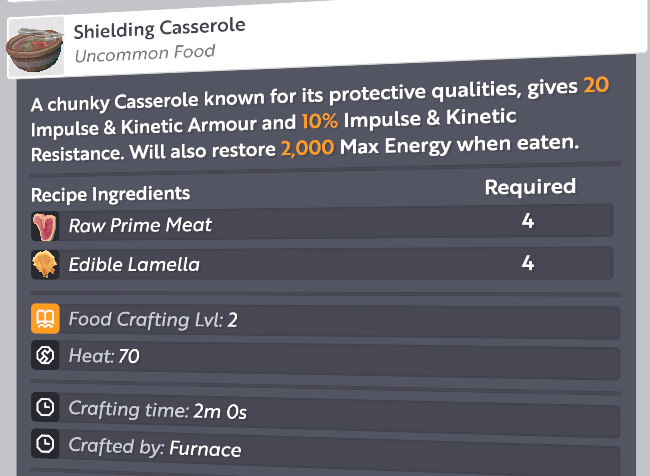 If you want to go to T4 and T5 you’ll probably want to get shielding foods, though for T4 it shouldn’t be that important yet. The Shielding Casserole is a good and easy choice you can make yourself, which you can easily make a lot of with the meat you’ll be getting from hunting on your own. Edible Lamella, as you will probably know, is not difficult to come by; Tinted-Burst fungi and Clustered Tongue fungi are the main sources.

Forging your own equipment

Lots of nice information here. I usually hunt solo and found myself falling mostly in line with what you did. Preference for fists and all.