I think to get more players in and make the servers more populated make the game free so maybe put in the console games passes as both consoles have game passes now. Or even maybe an advertisement with like a collab with a big YouTuber to make them show the game so more players come in. To be honest more players always mean more fun.

Do I engage, or just observe?

@Haribokid2004 How is this even considered a good business practice for -ANY- business. Game developers do not make games for the masses unless they get something out of it in return. Even “Free” games , for the most part have some way of generating revenue.

As for collaborating with YouTubers … Do a search on “Boundless streamers”. Several are very active on a weekly basis.

I do agree that more players means more fun. I noticed something since the announcement of an upcoming announcement. (That was fun to type)
I am running into A LOT more players in game hubs every day. Just yesterday I ran through TNT and there were at least 8 others there already. A few months ago I would have been lucky to see one.

So don’t give up yet

-Reduce- the normal price of the game, but I’ll say free is a bad idea.

I appreciate the spirit of OP but let’s not engage here folks.

Actually the game’s price should be increased to keep up with inflation. $80 sounds about right…

So, the question is, do you believe that Boundless, in it’s current state, fulfills a majority of these things?

I don’t think half of this community can handle the conflict with free players. Paying for an account gives most people a reason not to do things to get banned.

How is this even considered a good business practice for -ANY- business.

I could list a number of games that make a ton of money from being Free 2 Play. It all depends on how you set the game up. Let’s focus on Boundless, people would still pay for Sovereigns, Sovereigns Fuel,
and Gleam Club, they could add more cosmetics and other things to buy that doesn’t affect game play.

Pretty sure Epic (Fortnite) and Digital Extremes (Warframe) can tell you exactly how it is a good business practice. Like anything though, it all depends on the model. Boundless doesn’t sell very many copies of the game and probably won’t even if the next update drops and when it drops the most players gained will most likely be people that have already bought the game.

As for collaborating with YouTubers … Do a search on “Boundless streamers”. Several are very active on a weekly basis.

There are a few streamers, but I think it might be collaborating with Streamers that have larger audiences was the point here. Some pretty large Minecraft streamers out there on Twitch with really large audiences.

-Reduce- the normal price of the game, but I’ll say free is a bad idea.

I don’t think half of this community can handle the conflict with free players. Paying for an account gives most people a reason not to do things to get banned.

Technically if you look you can get the game for $2-$5 almost any time. Dropping it to free won’t change much. The community could handle the conflict with free players as much as it can now. I play a number of free games without any issues from any other players. I have had a ton of issues in Boundless and actually more than I ever had in a few of my Free 2 Play games.

You are on point with nearly everything and I agree with most of it.

So no, I personally don’t think Boundless fulfils all this in its current state, but if I can buy the game for $2-$5, going F2P isn’t much different.

The game cannot retain players, it doesn’t (but could) get many new players and while I don’t think Boundless fulfils every checkbox for me when it comes to a Free to Play game, I don’t think it hurts anything if it did.

Edit: Found this … for some reference.

Many Of Steams Highest Grossing Games Were Free-To-Play Titles – Business of Esports (thebusinessofesports.com)

Technically if you look you can get the game for $2-$5 almost any time. Dropping it to free won’t change much.

Having to pay for an account even if it is cheap, makes ban evasions harder from an bad actor, and is extra steps someone will have to go thru,

Rotten eggs and the like will reach for the low hanging fruit, so any extra steps like having to buy a key will reduce the amount of Rotten eggs in my opinion.

The community could handle the conflict with free players as much as it can now.

Considering this game needed Two updates because people with paid accounts couldn’t control themselves or handle conflict, I don’t think it can.

the beacon reservation update
and the beacon compactness update at the cost of limiting creativity.

Yes, but my point is it will most likely happen alot more often in a F2P model as it can attract a different type of player and mindset. and with the devs being extra passive at this time and no dedicated GM on staff. I don’t think this game or playerbase is ready for that.

I don’t disagree that it could invite “bad eggs” if the game were free and with the current state of the game where Devs take a long time to “fix” a griefer or at least look into a grief incident, there would need to be more in game support or at least a quicker response time.

I, having ran DK mall for a good bit, can attest to numerous “rotten eggs”, but F2P or not that is still going to happen if we gain more players. Had 7 griefers in DK Mall at the game’s lowest player base.

Anyways, that reminds me … I should load up Warframe again!

Did ya know Digital Extremes did so well with Warframe they are making an MMO? Soulframe

observing went out the window so…

I suggest the devs do the opposite.

Sales are so 2020. raise the price while reducing features.

raise the price while reducing features.

Hey, you have to give me credit for the… Uh… Hour? That I managed to keep my fingers away from the keyboard.

Sorry for being sarcastic but that was what popped up in my mind….

That I managed to keep my fingers away from the keyboard.

I imagine you did it all by yourself, power of self-restrain 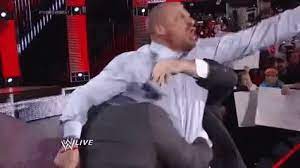 Bring down prices of petrol and power when you are at it.

End all wars and let’s live in peace, making money and destroying the planet.

Boundless could be free to play. Probably should at this point.
Wipe probably won’t happen, I hope.
Bomb mining, I never used so ok without it.

The rest is silly well except the petrol/gas prices.