!Flagged NEWZ! from turbulenz check it out

Lame! And the site asked to share cookies. Normally I would say he11 no but since it’s turbulenz I accepted.
Double lame!

This Game Is A Lot Better Today Then When It First Came Out.

It was great a see a video from 2 years ago showing where things were at that point. Also I enjoyed the explanation of the status of the game at that point with those that expected a big win and those that expected more of the same. I guess those with the viewpoint of the hard core sticking around while numbers fluctuate up then down ended up at least being where we are 2 years later. Who knows what the future holds…

Yup Aquatopia had some big hopes at that point in time and in the long run changed and didn’t achieve them fully. I had forgotten some of those builds and look from the original days since so many builds had expired. Since the video showcases where it was I figured I’d share at least one spot on where Aquatopia is now after my rebuild (still in progress) – at least a few original builds are still there with @Karko’s. Some of us are holding out till the servers are turned off or we die. 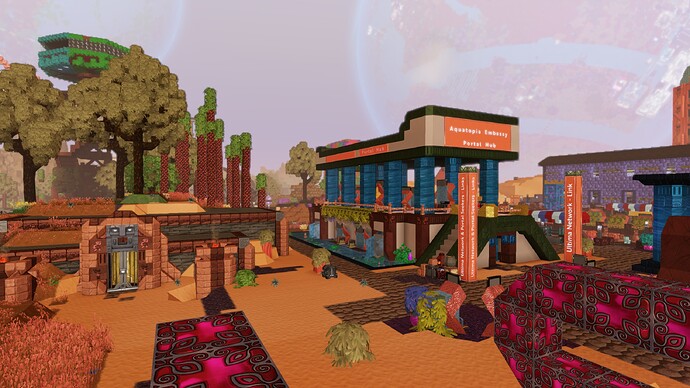 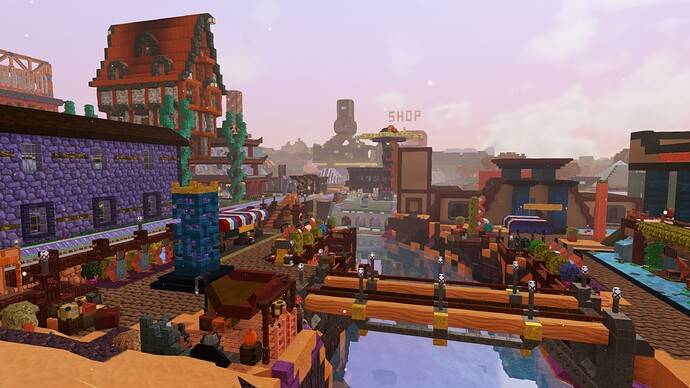 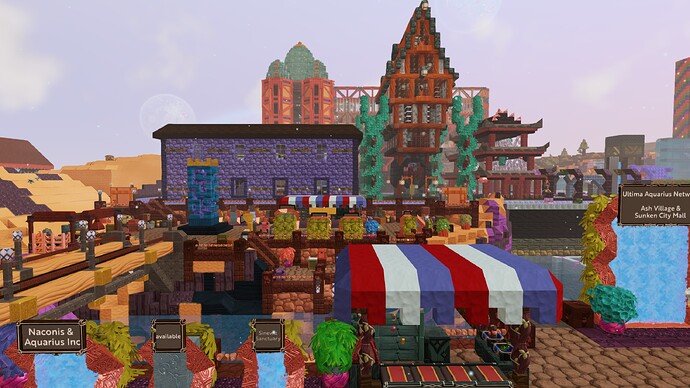 Mainly i meant rip For the old embassy… Wich i think was great.

Lets face it… Theres now just 2 People Who have plots there At least In center… I wish i wouldve kept my plots that i “snagged” from some older beacons but thats that.

Personally i dont like how embassy has gone from 20-30individuals To 2 players and their alts.

Who wants To live there now? I had that In mind but had 2nd thought cause theres no way Im building that far from the center When theres just plotted Cap thats like 200blocks empty Pretty much. Thats not For me.

I gave my plots and plots that i have snagged In good will. But that was like 1 year Or more ago. Wheres the remodeling? Wheres the big plan… Lol

same old song and dance, i’ve had it

Yup I miss the old city as well and personally took the RIP you said as that. All that original history is 99% gone. I miss a lot of the builds we had across the whole Universe and in EA.

There are more than two people in the city though. People left the city, the city didn’t leave the people. They made a decision to leave the game or wanted something new because every city has a challenge to stay alive. We have to be honest about the reality – most of the cities from the start of the game have died out and many people have left the game. What is happening in Aqua happened in many places even in EA - it is rare a city will fully disappear or stay fully active. You will just get an increasingly mix of builds and junk and mess. Therka, Nasharil portal hub, etc…

At this point Aquarius and I are just trying to keep some of the old city alive for the few players that have stuck around. And we just wanted to build something new and try to bring back a feel of nature and actual bridges/canals - not the flat feel we had before… The remodeling is obviously there with the pics I posted but there is no “big plan” because no plan can be successful with how the state of the game right now.

Every so often a new person comes in but each city faces the same challenge – the dynamics of the game make it hard for people to stick around or cities to really flourish. There just isn’t the game play to make things vibrant and forever fresh.

I guess we could have let the area die out and just not paid the Oort to keep the portals open. My guess would be had those other non-players plots actually expired we might have allowed the city to regen across the board. But that wasn’t going to happen and it was going to turn into old Finata or Phem where it was just a mix with people that barely play taking plots over and never using them ever (kind of like what happened to the old area Dune’s slide was) versus slowing building things.

Also, let’s be honest about what faces all of us in the game - the best and most cool thing in the whole game could be built and it just won’t really generate and traffic or interest long term because there isn’t a large player base. Nothing has happened to change this dynamic from EA to Release. We all had hopes Release would generate a different play style - but it didn’t.

Yeah i once lived in aquatopia but then lost access to the game for nearly 9 months and when i returned i moved to glitch world, wanted to live where i could see more players. I didn’t hate aquatopia or anything i just didn’t wanna feel lonely.

According to Chromis survey responses, there are actually only 8 people left on the forum. Everyone is just clicking about 17 times each.