If i may say, you don’t need vitality, power, control with the epic’s i’d say shadow step and damage are not needed. What you want is fall damage protection maxed out with energy epic too and also having some skills in atmosphere protection for circa or if they plan to spawn any lush exos that need that while everything else you use is up to you.

You do want control cause you want to be able to break the blocks without having to move too much. Control gives you more reach

Yes but aren’t i going to be close to it to break it anyways and kill the gleamtrunks for their loot? seems uneeded.

the ones i am open for changing as necessary are light epic and jump 2 primarily.

Idk. Seems pretty necessary to me ahah. But to each their own

This is what I will be rocking and rolling with, very similar to last Gleambow event with a few tweaks being made due to the limited planets.

Will move a point from power to toxic resistance if needed as all the damage is unecessary.

I spent most of the last event on Cardass and had no problems with timers around 10 seconds or less on this setup.

I bought cleanse points, so i can change it as needed. gonna head in like this, its my first GB event so it’ll likely change

figure that extra distance may help, what if its just a few blocks left to finish a GB meteor and im close, could be useful to not have to move too much and just smack whatever i can reach. would just rather be prepared! We’ll see!

Your set up looks pretty much on the money, light epic and the double jump are luxuries but you have plenty of points to throw around for this event as you no longer need resistances for the higher tier planets.

I found control and the stealth epic were a massive help in the last event, mainly for avoiding any aggro from mobs in between meteors and also, as you said, it was often the difference between completing a meteor or not when the timers were down really low.

I created a page for this earlier… kicking myself for not doing it sooner!

I move now at the same speed that I would on my usual skill page (which I was using) WITH a fast brew! Getting to them much easier now.

I did take Shadowstep because I don’t want to bother with mobs harassing me. But I am doing some opportunistic hunting along the way, so a bit of slingbow, tiny bit of power and vitality. And the light so I can see… though some of my totems do have glow I think. Also collecting while I’m doing this, extra coin from beans and reactive lamella to pay for my warps around the planets.

That is why I took gathering.

I figure that any lush exos that spawn should be T4 and reachable from other T4s, so just put one point in each protection - yeah, I could juggle those but not worth it, good now I think. 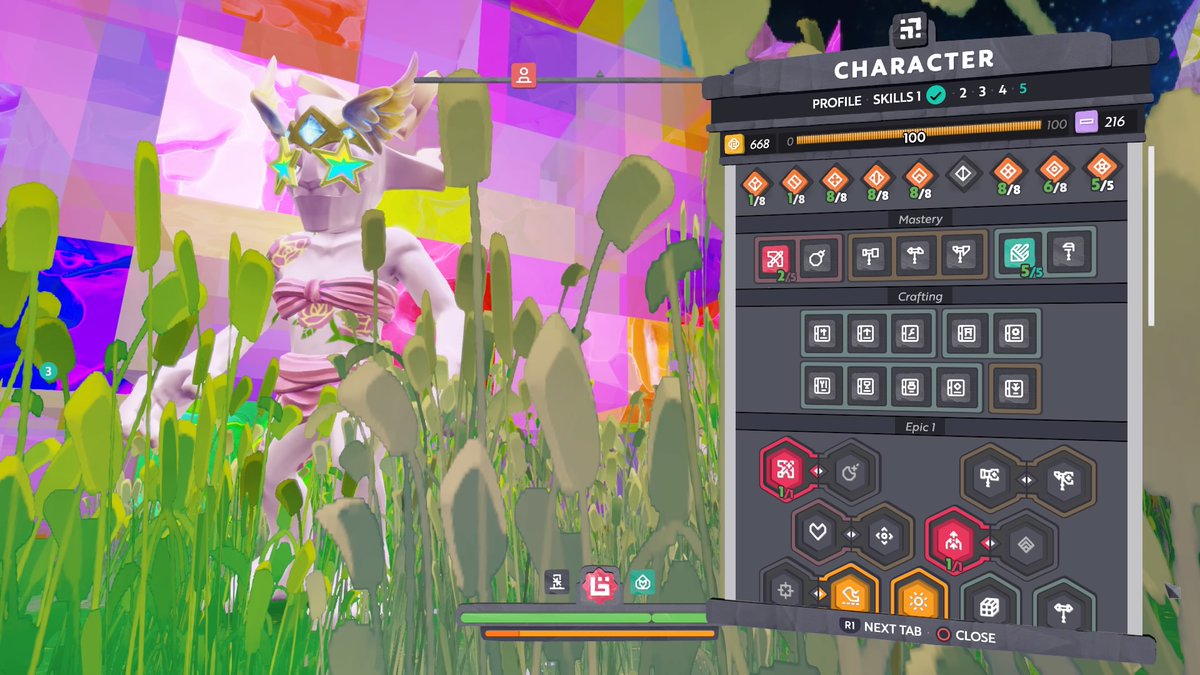 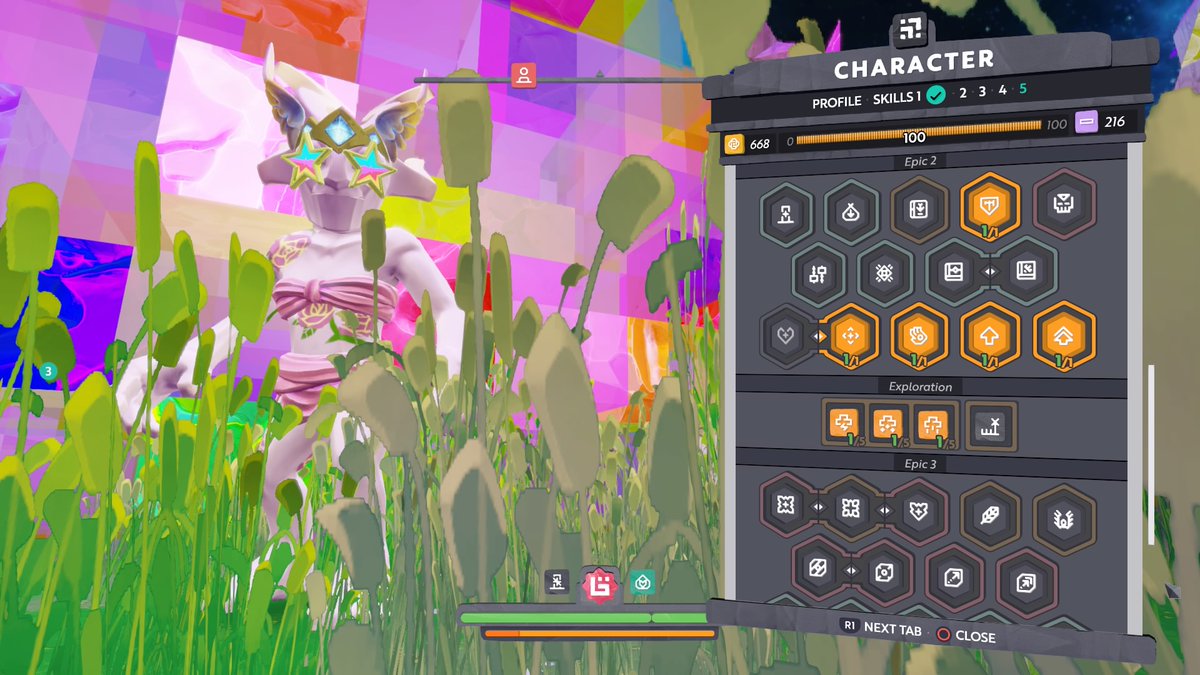