How many feats have you completed?

I know I’m a nerd for enjoying these kind of aspects of games. How many feats have you completed? I feel like I’ve made some good progress but have a loooong way to go before I’ll finish them all.

You can find your number by going to Journal/Feats and expanding Core Feats. Then hover over the one shown in the image. 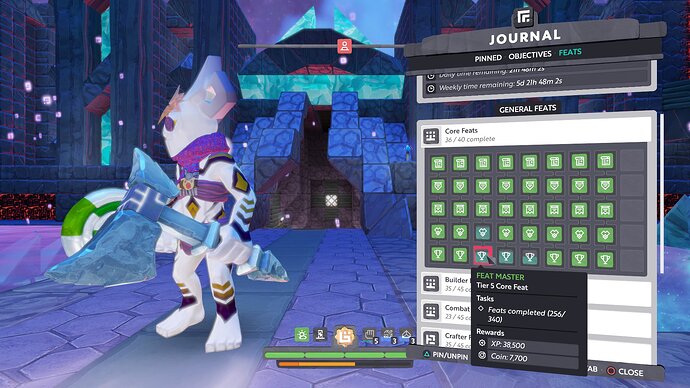 I never even realized the journal had a feat tab.

Seems I haven’t done many but I don’t chase after feats too much apart from keeping track of some building/mining related ones mostly. 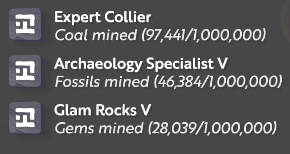 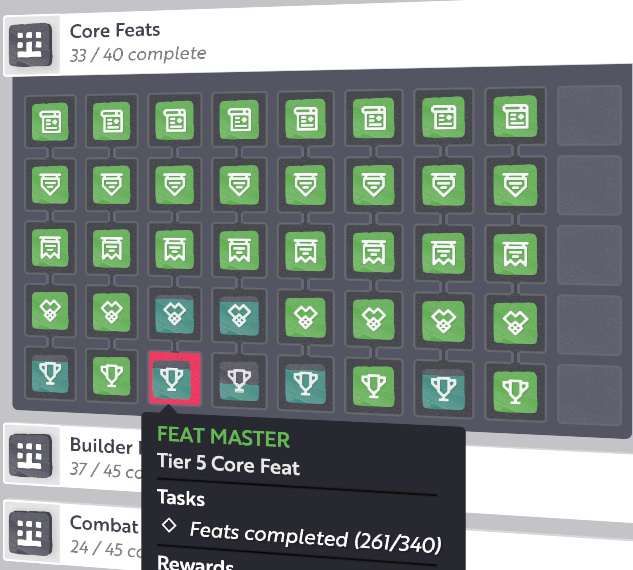 I know that @Nightstar at one point went on a bit of a feat-completing binge on one of his characters. I think he might have completed most of them, if not all of them actually.

apparently need to do a lot more hunting, gathering and most of all, farming.
not going to happen. 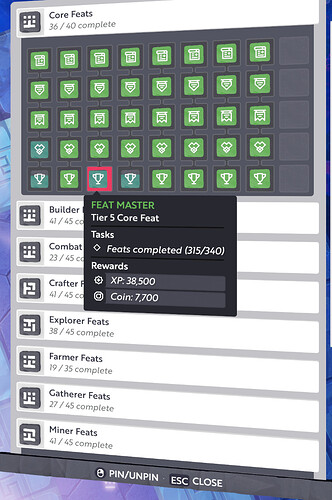 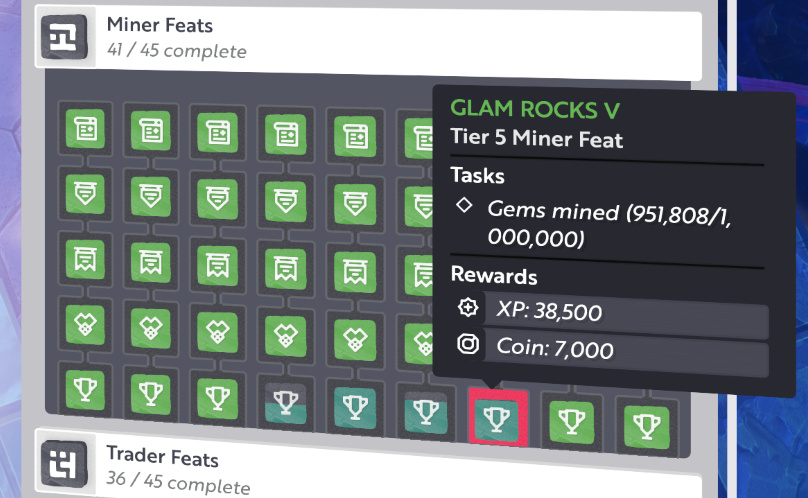 I had a comfortable playing style from some MMORPGs I played in the past so with the options that I started with, I immediately began alting. I spent, not sure a couple of hours, daisy-chaining my character slots open with throw-away toons and began investing experience into a couple of specialist characters.

This means I sometimes get surprises. I recently got a chest for “set up a machine with advanced coils” or some such thing on my main

In terms of feats, I have a lot of duplicates. I recently cleaned up i still have 6 characters though.

My forger is “the noob of the bunch” I was very much in the late game IMO before I did any forging at all. I want to ramble but, yeah: No chests on most of these guys I opened them all so I can’t give a precise level: 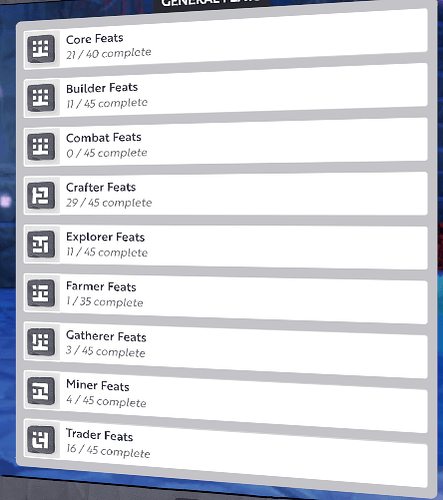 I pushed my crafter but in the end some of the crafting feats were too much. I’ll see in a minute my miner probably has the compactor feat and also I don’t think any character (of mine) has hand crafted to level 5. If I was OCD I would script this 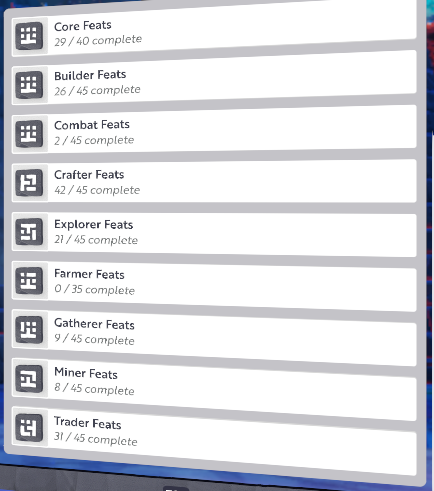 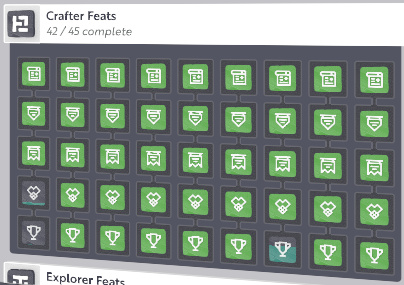 Another “minor” character is my hunter. 153 / 340 feats with some specialty feats. Probably my only character with “It fell from the sky v”. 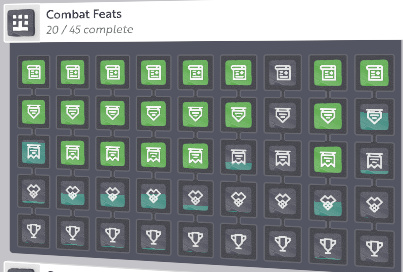 sigh Yeah I was never a serious hunter, even though it was loads of fun for a minute 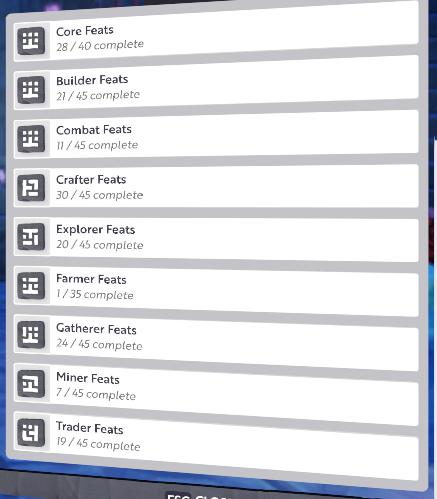 Nothing of interest I think.

Looks like next is my “miner”. I used my main as an explorer/forger sort of flexible character for a long time. I do wish he had some of my miner’s levels now. Anyways going through these it looks like this guy is at 199 / 340 feats. 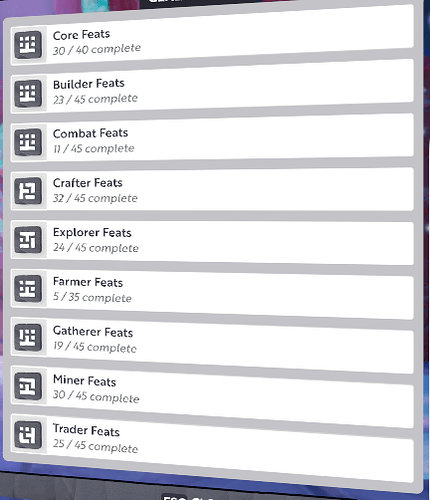 He does have extracting and smelting maxed but not actually compacting. In terms of mining: 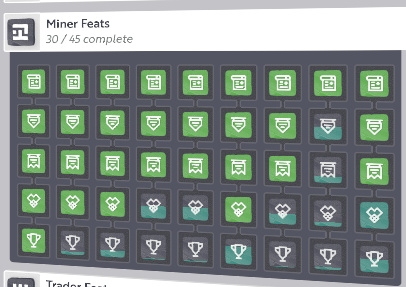 Nothing impressive. Finally to my main, “Nightstar”. 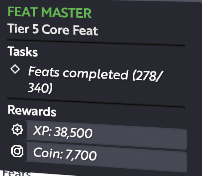 278 / 340 feats for my main - after a couple thousand hours and idle cubits on most of them it seemed silly to pile XP onto any other character. But I never actually went chasing feats heh: 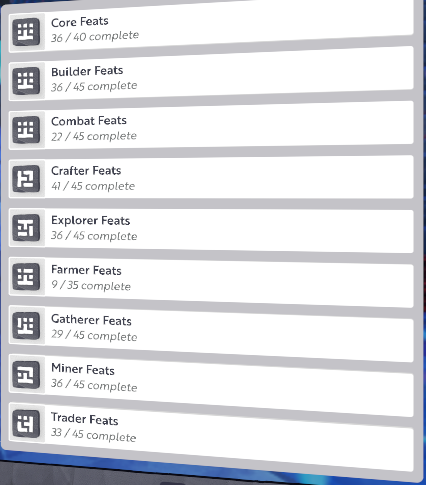 Still the only character I ever looked at this on: 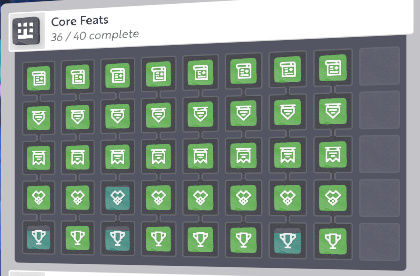 I’m not 100% sure it’s completable yet? That was one thing that definitely meant I never went chasing completion

So anyways yeah, any excuse to poke around boundless and prattle on about it.

This whole post exists because I came by the forum “before bed” and actually found an @ from @NerArth by the way. I checked the clock and it was basically 4 AM.

For (to be) unexplained reasons, that got you all an oversharing tour of my character stats

Decided to reset my alt Always and see if I could make his first Tier 5 feat under crafting 500/500 recipes earlier today.

So far I caught these screenshots: 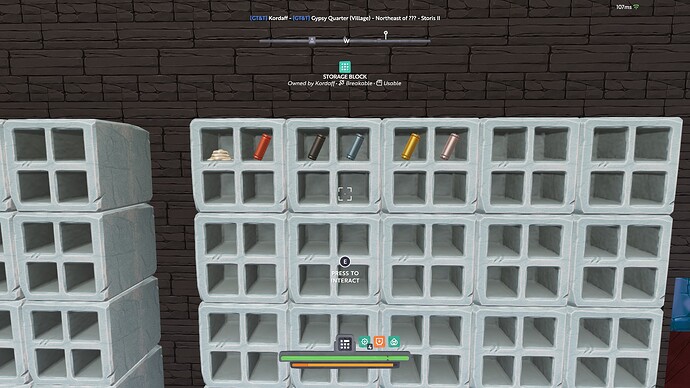 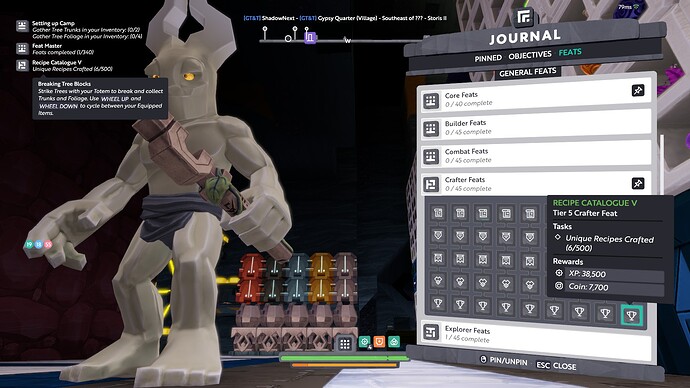 And now I’m up to this many done: 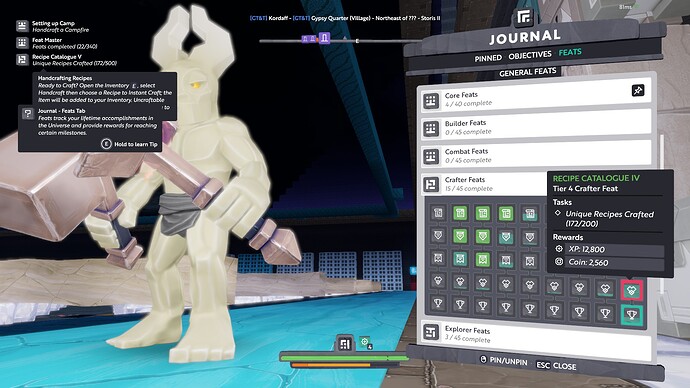 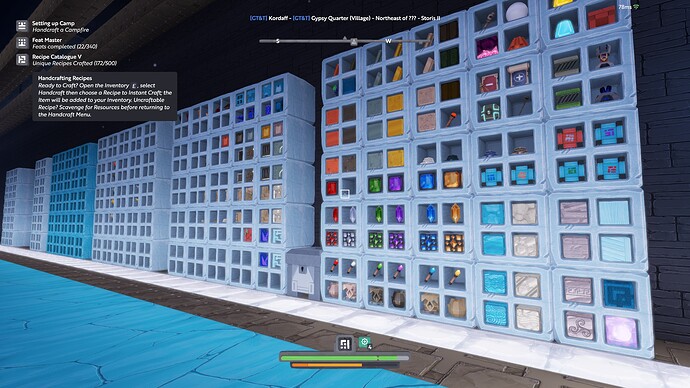 I don’t see myself finishing these anytime soon. But it’s a good start. 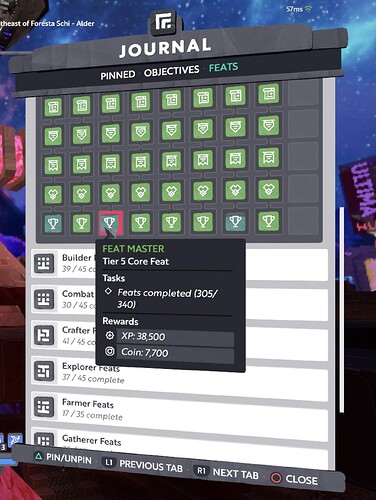