Check out the ]i[ illuminoorti Republic community on Discord - hang out with 95 other members and enjoy free voice and text chat.

Greeting, Citizens of the Known Worlds! Every day, that term becomes broader in scope- more citizens join our ranks, and new worlds are discovered all the time! And with this growth, we the Illuminoorti have decreed that we must also grow. To that extent, we have begun our own colonization efforts in our quest to continue our pursuit of knowledge. Now, our operation is small, but there is a lot of potential for “aggressive” expansion. Fortunately, there is no need for “tryouts”, we accept any citizen who is willing and able to play as a member of a community.

About Us
We are primarily a building and Role Play guild who focus on aesthetic builds, community interaction, and casual fun. Our Republic operates as multiple sub-factions under an umbrella faction, much like multiple states might coexist under a single federal government. Each sub-faction has it’s own Wardens and large degree of autonomy. Our purpose is the continued research and rediscovery of the ancient Oort, the predecessors to all life in the Known Worlds. This enterprise has lead us to travel far and wide, and we have discovered a great many mysteries and marvels of ancient existance. We have unearthed constructs of old that overshadow even the most prestigous modern wonders. We have developed technologies that help propel the great migration across the stars. Join the Illuminoorti today and settle in one of our colonies, and you too can become a driving force of discovery and advancement in Boundless.

Biitula Capital City: Novus Oortus Illuminae
Warden: @Xaldafax
The Story of the Illuminoorti is one of survival, discovery, and adaptation. This holds true for the Capital of the Illuminoorti on Biitula. Upon discovering the Great Calamity that would freeze our homeworlds in the Oorteria Beta system in time forever, The Illuminoorti fled the old homeworlds on the back of the great Titan Relic they named Volantis. This construct, part Titan core and part city, crash landed into the Sea of Biitula at the beginning of the Great Migration. The survivors of that crash founded the small outpost of Novus Oortus Illuminae. Many other survivors and organizations would also settle around this growing village, and soon a struggle for control would begin. Eventually an agreement between the factions involved would be made and the wider city would come to be known as the Biitula Consortium, a place for all citizens to seek a future for themselves.

Lately though, the Illuminoorti side of the city has seen significant construction and renovation as the remains of Old Volantis, the ancient Titan city ship is being dragged up from it’s watery rest at the bottom of the sea. New technologies and vast resources are empowering the Illuminati fabricators here to rebuild what was once lost. Monuments and Relics from our nearly forgotten past slowly take shape on the shores of Biitula. The heart of the Illuminoorti organization will one day mirror the glory of the ancient Oort themselves. 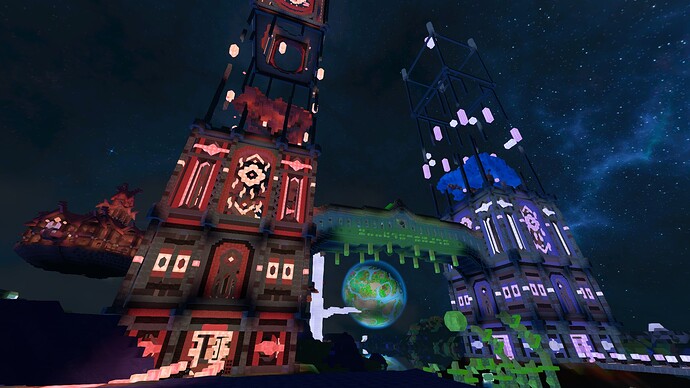 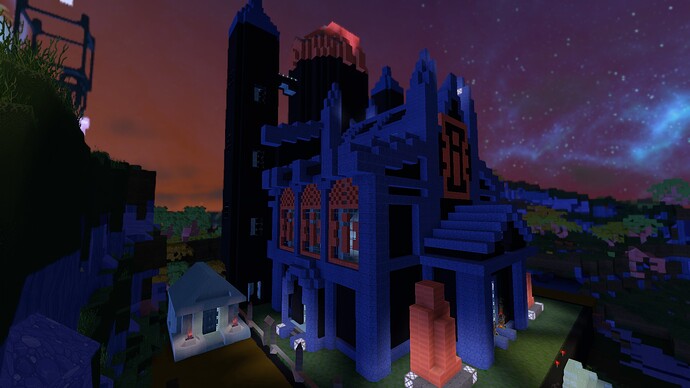 Circapous Project: Oortus Notitia Somnum
Warden: @Firehazurd
If Discovery is the driving force of the Illuminoorti, then the Circapous Project is the manifestation of this force. At an undisclosed location on Circapous, a colossal research and development facility is under construction. When finished, it will be the largest such facility ever constructed, dwarfing even many modern cities. But what sort of discovery could possibly be so substantial to possibly merit such a massive endeavor?

The ground below Circapous trembles with unknown forces. Miners who delve into the depths occasionally report sightings of chambers filled with bones stripped of their flesh, but with no markings or traces of predators. The ores here seem tarnished, and the creatures are lethargic, as if they are being slowly robbed of their life essence. Something at the core of the planet appears to be gently draining the life force of everything near it, and the Illuminoorti have set up their facilities at the epicenter of it all. A gloom hangs over the region. What ever lies below, stirs with unknowable power. 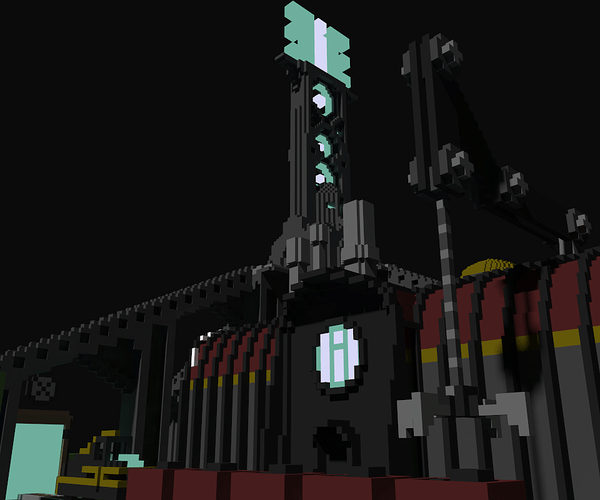 Pheminorum Colony: Rustic Mittens
Warden: @Mittekemuis
Not all of our research of the Oort involves tirelessly seeking forgotten artifacts and technologies. The Oort also had a great influence on the development of the fauna and flora of the Known Worlds. Every beast and tree has felt the influence of Oort on a genetic level, and it is the duty of the Pheminorum colony at Rustic Mittens to uncover the fantastical beauty and hidden potential of the natural world.

The inhabitants of this colony are of an ancient heritage with abilities that many Illuminoorti researchers consider borderline magical. They share tales of witches, wizards, fairies and dwarves who live in harmony with nature. With this profound respect for the natural and fantastical world, their settlements are built to enhance their natural landscape rather than to exploit it. If you visit these, you will find that nature has it’s place in every building they make. Today, the mystics here welcome every mythical creature in their quest for beauty in nature. 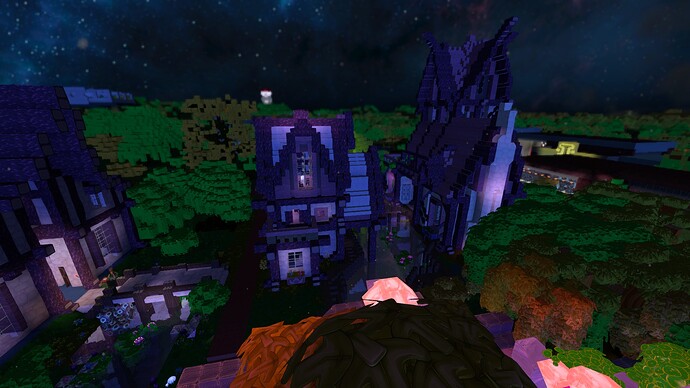 Interested in joining? Join us in our Discord below!

Check out the ]i[ illuminoorti Republic community on Discord - hang out with 95 other members and enjoy free voice and text chat.

Although in the past I suspected your group of naught but conspiracies rather than actual research, I am beginning to see perhaps not all of your findings are as far fetched as I originally believed. I have been running some research as an individual in the Known worlds and perhaps it is time I join a more organized group to better collaborate and grow the understanding of the Oort and the Known worlds for all to be enlightened.

I will have to seek you out in the near future to help develop my own research and perhaps some of the Illuminoorti’s research as well. I look forward to learning more in the days to come.