Sorry if this is posted somewhere, I could not find it. What do the colors of the lines on the latency graph mean? I am trying to work out what might be causing my constant unplayable connection spikes.

I.E. what are the white and green lines and sometimes red? 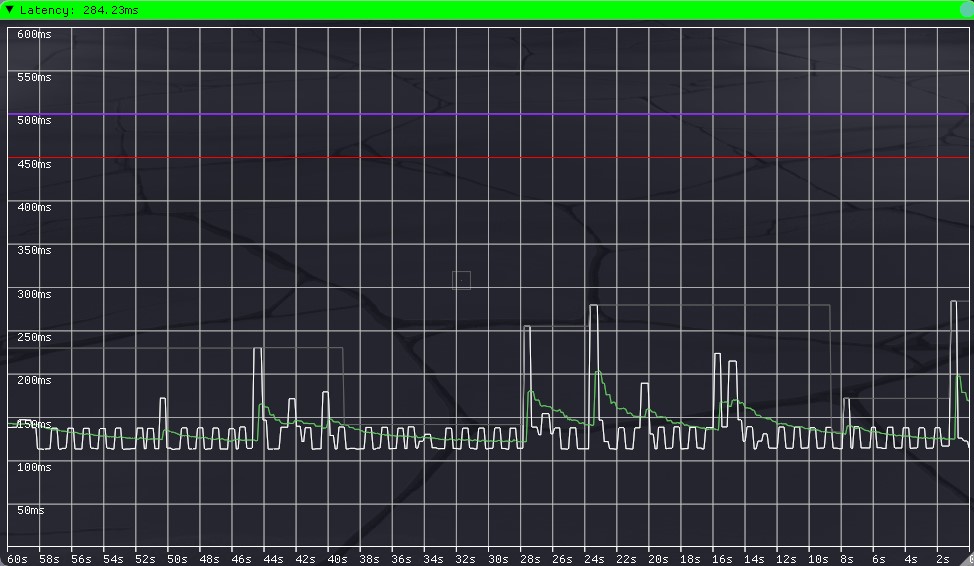 Yeah, but of what? Since the latency graph is not just about network apparently.

Of the boundless-ping? There’s only one labeled y axis, makes me think both lines describe the same stuff

I think it takes into consideration things in the computer as well as the actual connection.

Edit: i.e. I can create an unstable connection by running around my workshop quickly. So I am wondering if I am having a graphics / drive issue in combination with a hit and miss internet connection.

I sure hope so, because my ping on overwatch is 10ms and my ping on boundless is 85

the latency shown in game is the round-trip of: (client queues message to be sent to server, client dispataches messages at end of frame, server receives them, processes them, queues messages to send back to client, client receives messages, processes them… ) , so its affected by “ping” (one-way direct network latency), but also fps both of the client and server.

So is white the combo? and what are red spikes?

the red spikes are known-to-have-been-dropped packets from the client to the server over UDP for game inputs, seeing any of these implies some kind of network issues, but wont generally result in “rubberbanding” unless there are many in succession as the game-inputs are sent redundently so that generally 1 missed packet doesnt matter as the next one will contain the input for the previous frame as well which wont yet have been applied due to buffers that set the client to predict further into the future than they need to based on pure latency to allow for these kind of one-off misses in data to the server.

the solid white is the “unsmoothed latency”, green is the "estimated unsmooth latency based on udp packets to the server for input

green/udp packets are sent 16x/second, the white one is a back-forth of client-server and so hasthe “squared” shape that gets worse with larger latency. generally speaking, would expect the green line to sit a little under the white line, as there is less buffering/dispatch delays associated with the udp game inputs to server which get sent/processed more immediately. 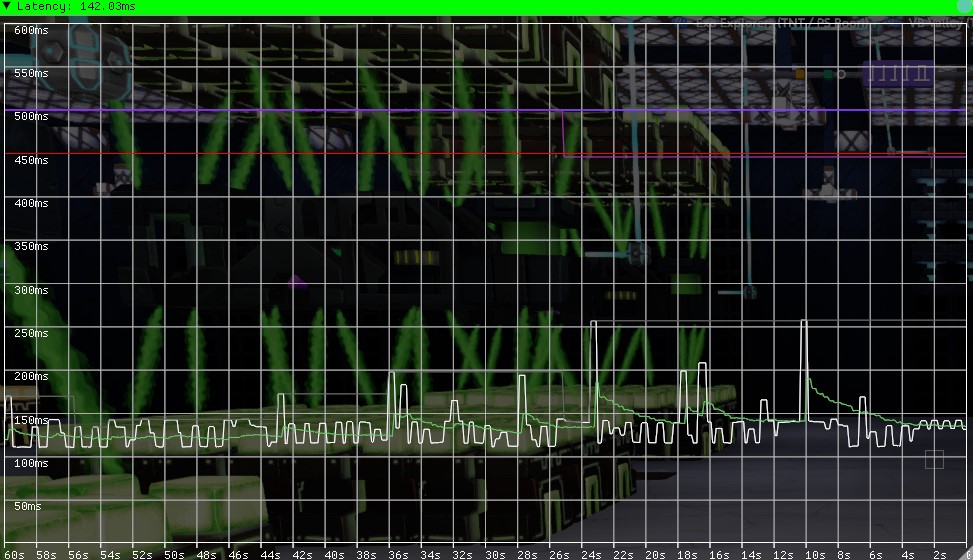 But by running around my workshop in circles I can trigger large spikes (900+ sometimes) and unstable connections game freezes. Same thing happens when entering my beacon from the sanctum. 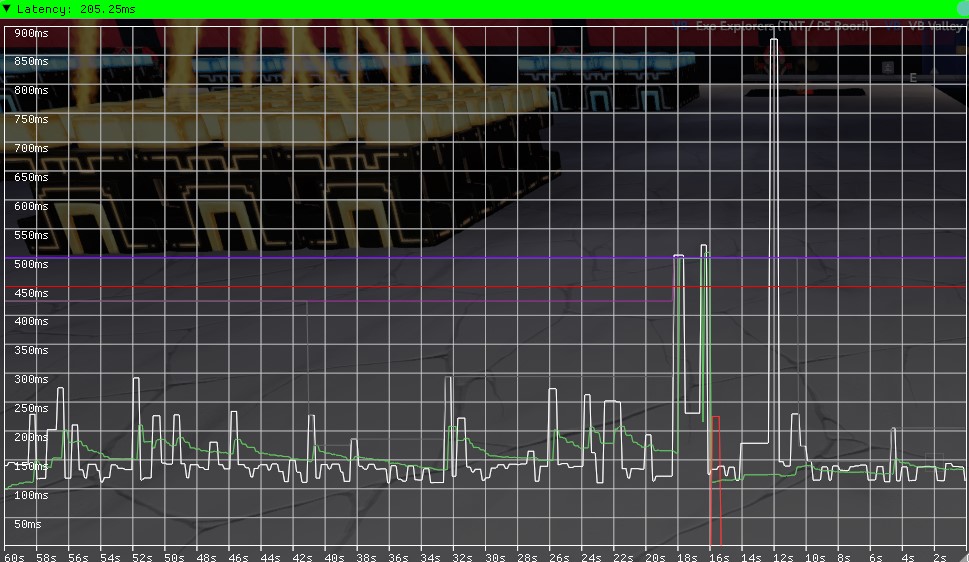 Here is a shot of entering my workshop from the sanctum 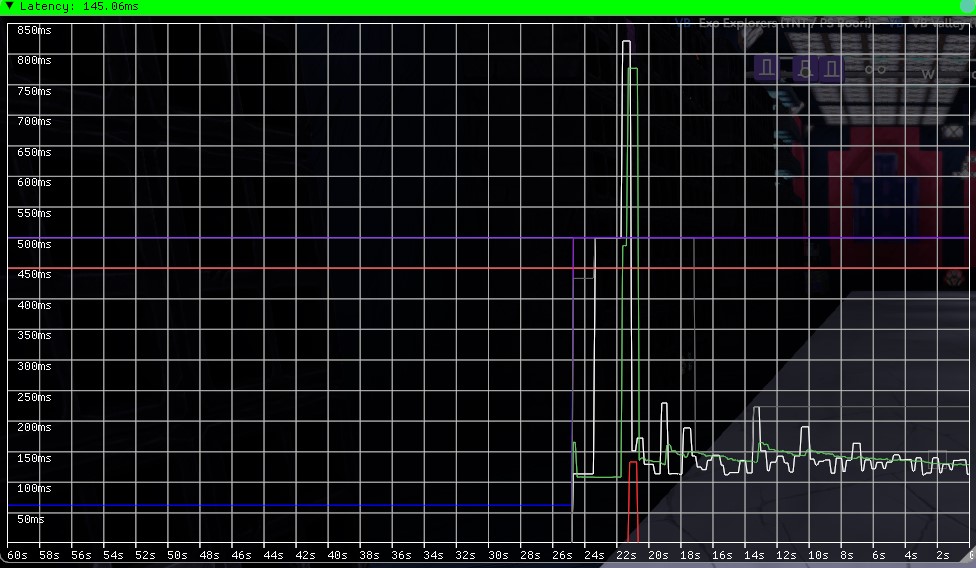