Lava and help me not be stupid :)

What are the lava rules and items near them? If I extend my garden will the chests or storage be affected? 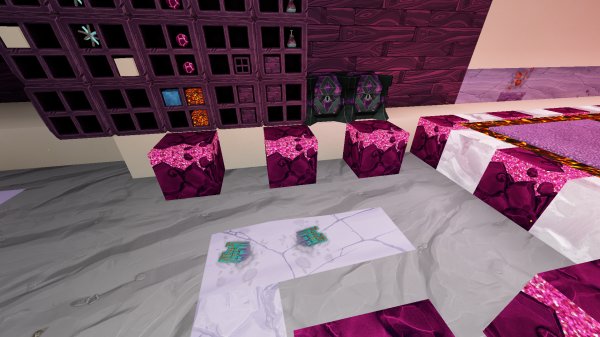 lava will burn all wooden blocks and objects, grass and foliage
doesn’t burn items that fall into lava ( they can be picked or despawn normally)

that storage should be ok

It also burns crop if its in the block next to the crop. Also melts (destroys) ice 1 block away from it

Above a lava source you can use any material. Next to or below it depends on if you contained the source/flow enough.

For containing the source/flow you can’t use organic blocks as they burn away (as mentioned above.

Small tip with 1block flow down its an invisible cross always. Meaning every block next to the flow counts as a “lava source”.

Orange is real lava source or flow.
Red is “fake/invisible source” this block will be effected by the lava.

So if you have lava flowing out/down keep in mind that every block next to a lava source or flowing lava is effected.
For building below lava with organic blocks keep in mind the lava has to be contained.

To test out if you contained the lava use junk organic blocks under it to test it out. (Lava flowing down has the same rules for every block going down. (See cross mentioned above).

(liquid in a chiseled block has an invisible flow because its a “liquid source” after placement).

In short, whenever dealing with lava (or any other liquid), I always keep a liquid removal tool on the other hand in the parallel slot. This reduces damage if any mistake happens. Also don’t mess with it during laggy sessions. Aaand as soon as you’re done, take it off your hands.

Reason other liquids are also dangerous (water for example) is that it can fall on a lava-filled half chiseled block, turning it to stone. I lost a bunch of those expensive fuel blocks (forgot name) this way.

I’ve always chiseled on the underside of the block for this very reason.

(and because even though half chiseled blocks with lava are perfectly safe, not seeing the lava at all makes me feel more safe.)

I’ve always chiseled on the underside of the block for this very reason.

So you place lava on the underside? So when walking over the block, you don’t actually see it. Never thought of this!

What happened with me is I had lava in those fuel blocks - they didn’t burn. Then I mistakenly dropped water which extinguished the lava and turned the fuel blocks to igneous rocks. Oortian magic!