Hopefully we can all agree that we want Boundless to be wildly successful. For this to occur, we need a strong monetization strategy. The current strategy doesn’t work as the game has been losing money for a long time (this was proven a while ago and I can’t find the post now but suffice it to say the game wasn’t all that profitable for James monthly). Hopefully we can also all agree that loot boxes are not something we want (even though one could argue that sovereigns are a form of loot boxes).

So what monetization does Boundless currently have?

While I could dive into all five, I’d like to focus in on the first one, Gleam Club. Here’s the current details: 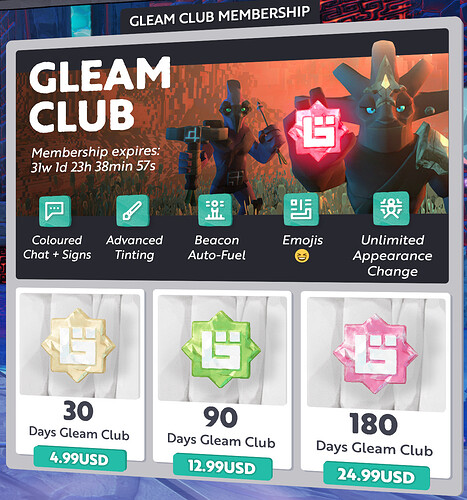 Of the benefits GC provides, I’d argue that the biggest draw to GC is the QoL feature it provides in Beacon Auto-Fuel.

What are your thoughts? What features would you like to see as part of GC+?

Is there not also a cosmetics shop?

Truly an underwhelming feature to be so easily forgotten haha

X cubits monthly to spend as you see fit (Games like ESO do this with great success)!

Pointless to do with Cubits in my book, unless it is quite an amount, ESO do this with great success because Crowns are hard to get in game, Cubits are very very easy to get from leveling up .

I really feel they need to add a new Premium type of Cubit, that is much harder to get in game, that will be used for cosmetic only, and then add that to the Gleam Club Select Plus

X% increased XP from all sources!

Might be nice for newer players, but for advanced players like myself, this gives me no motivation to buy Gleam Club Plus

For me personally, this will do nothing to motivate me to spend more on a Gleam Club Deluxe

New, shiny weapon and tool effects! Add various cosmetic effects to your weapons and tools such as fire, ice and shadow auras!

This is ok for some things, but I do think there also needs to be a new cosmetic shop using a new type of Premium Cubit as well.

I would love to see the below added to gleam club.

The ability to select something cosmetic like a VFX aura would be fun.
A flying auto-loot drone pet would be nice.
One free set of 1x2 portals.

I’m not sure about extra XP or crafting gains

that seems a bit too mobile-gaming/cheap/unfair imo.

I do think rental planets should come with X bonus plots & each planet re-fuel should include X bonus plots (plots only for use on their rental planet). I also think a Sovereign Beacon should replace regular beacons for Sovereigns. Someone shouldn’t have to buy the game, pay $10-24 to get a rental, then $10-$$$ monthly subscription to keep the planet…only for their standard beacon to run out of fuel or Gleam Club expire and their builds are deleted - on their private planet that they are paying monthly for.

Tbh I don’t like to see +xp and -crafting times in paid packages. Just incentive for a dev to skew those values to push players toward mtx and is a bit predatory. Even the existing bonuses to EA backer tiers is excessive and unfair imo.

I think a tier or two could be ok.

Maybe Gleam Club at a higher tier just does something along the lines of (Can’t believe Im saying this) a Fortnite shop where it is all cosmetics. Clothes, outfits, new pickaxes, new slingbows, just overall skins for everything. Seems it would work pretty good.

Gleam Club actually affecting mechanics though is a big no-no for me.

Of the benefits GC provides, I’d argue that the biggest draw to GC is the QoL feature it provides in Beacon Auto-Fuel.

Now, knowing that the current monetization strategy isn’t profitable enough, what could we do to improve it?

When you’re pricing it at $4.99/month, then it’s assumed that you need to work on volume in order to really make money. Eg; sell alot of copies of the game

If you want to charge more, then obviously add more and I think your suggestions make sense.

Some of those suggestions are jumping into P2W territory.

Make it so these armors are Gleam Club + exclusive. Purchase or you just get diapers

Could make it so while you have GC + you have access to all cosmetics available.

Tool and weapon skins to apply. 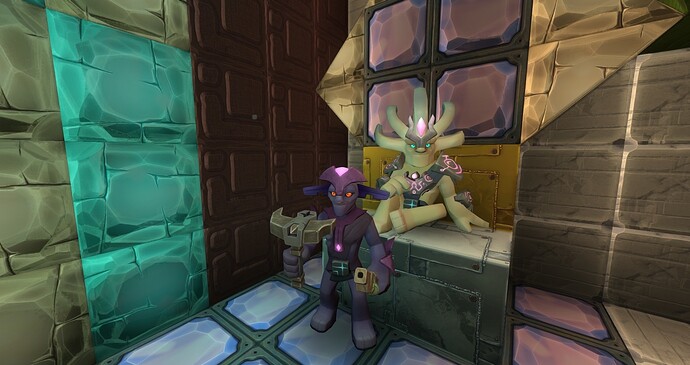 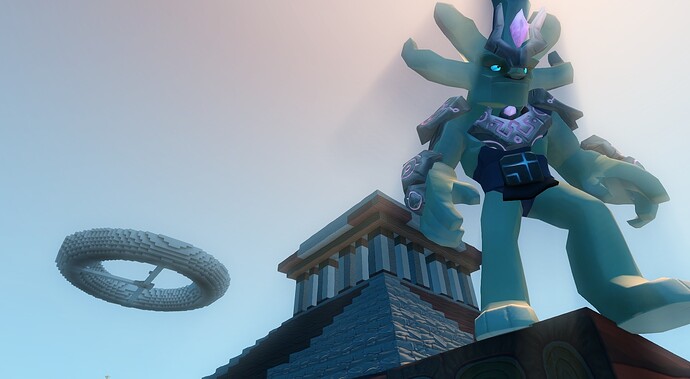 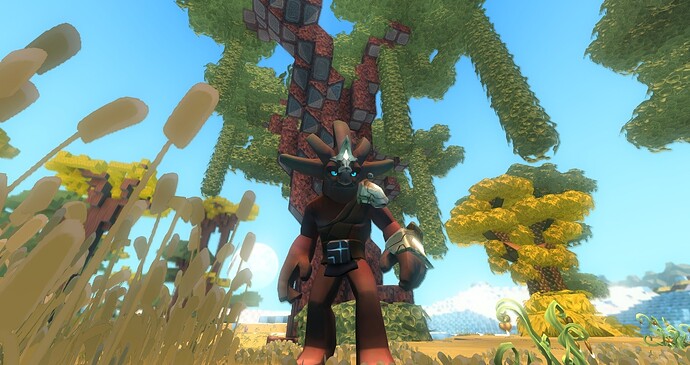 I like the idea of bringing more to Gleam Club. I’m willing to pay more into it to get more out of it. I think the $49.99 max price is a good number.

Things I think @Dhusk hit on were good. Like the cosmetic stuff would be nice. Like cloths or armor even. Being able to change your colors now is nice but don’t do it to much. If there was cloths or armor I can see myself doing it often. I think that the idea of Sovereigns and the monthly fee for maintaining it should somehow be included in GC. Like the ability to maintain one Sovereign in the price of GC.
Beacons are the main reason I have GC. I love not having to worry about fueling beacons. Portals would be a great idea also. Maybe the 1x2 portal could work but even the ability of having GC to allow the access to fuel all portals in one easy access would draw more to it.
@kemyobra has a cool idea about if it could allow increased carrying capacity. Id love that, but campfires solve that problem alot already.
I’m open to seeing how it could change so I like seeing a thread like this.

Some of those suggestions are jumping into P2W territory.

Maybe it is just me but most successful games have a monetization program to bring in more revenue. More revenue means increased production, updates, and new features.

One more thing to from it. Maybe the ability to collect total footfall from every beacon owned at your home beacon.

They should also add ability to buy levels to speed up the process of leveling new characters. Would also be a good idea to allow people to pay for coins in game. Clearly joking I hate any p2w content definitely hope they listen to the players and dnt add any of that in this game.

They should also add ability to buy levels to speed up the process of leveling new characters.