I think you should just watch motivation Al pics Or get ideas from somewhere.

I got motivation to build but there really massive builds city’s I saw playing xenoblade chronicles 1,2, & 3 the Tunnel was a good idea but once I started the inside I just got bored of it I would love to expand the city but there are 8 Dead beacons and 2 active beacons next to me now I can’t get any bigger

You can always use that lake next to you To create

Gotta say, although my builds have never been as massive or detailed as Cookie Kingdom, I do kind of hate the fact that I abandoned my first and accidentally lost my second pyramid. Maybe your builds are more planned, but for me never actually planning my builds it means that I never see the same thing again from myself, which is both good and bad.

So personally I would just keep accumulating the plots for the next build instead.

I don’t think there would be anything wrong with the straight direction tunnel thing also, I would think of it as a branch into something else.

I say yes!
having gone through 3 great city reclaims it has always rekindled my enthusiasm to build bigger and better (well, definitely bigger…)
can be a bit unnerving, with all that work and creativity gone into those builds, but starting again…A++
a bigger and even better giant cookie!

The simple answer to this is NO. There is no other answer. You are not allowed to. Plus reclaim will break and you won’t get anything back.

and go build somewhere else and start a new city… but the old one needs to stay because it is an inspiration to so many people.

maybe cannibalize the visibly unfinished stuff, start building elsewhere else, gradually, see how it feels.
I wouldn’t trust Reclaim with that much stuff

From experience, the reclaim can easily handle something that big, but it takes forever to absorb 30K+ plots. However, it might be good just to take a break and build something small elsewhere. That will let you know if you are really ready to move on or if you just needed a break to gain addition inspiration. Besides, the cookie kingdom is iconic! 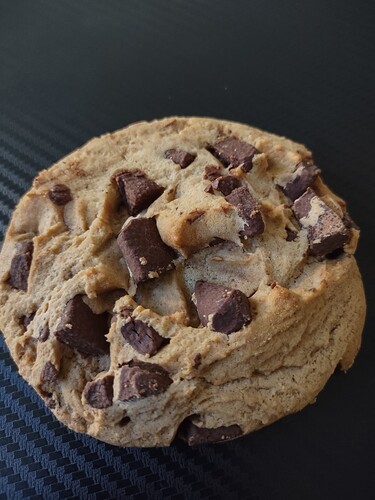 You could build in depth and height if you can’t expand to the sides. Georgio for example has large underground areas. Could be an interesting challenge

I personally would hate for Cookie Kingdom to go away but would totally understand if you did reclaim and made something even more grand.

do have an idea but there all major projects whic

DO IT HAHAHA.
Its the best feeling when it all ashes…

build a cookie that ya can see from another planet

aww man, the curse strikes again… on the one city i thought was forever

I’m building at the water level, you’re right about it being way easier down there. Let me know if you need me to move out a bit to give you space, etc