When in the “All Channel”, the 10 most out-of-date channels will be polled for messages every 30 seconds.

Or does that also include all those pm channels that haven’t been used for more then a year. (Which i would like to delete btw as most of them are pointless, just empty place holders in a way to big list).

That explains why it takes about 30min or way more until i get notified.

PMs (Purple chat) were never intended to be instant, it was explicit from the beginning that they’re an asynchronous messaging system that’s actually in game as a method of sending a message even when a player is offline.

How do you whisper. I’ve tried multiple times. I’ve had people whisper me and it won’t even let me respond in whisper form. 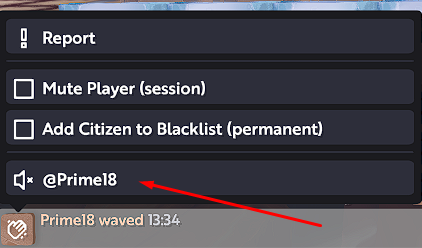 You should be able to click on your own chat selector, not the other player’s name in chat. Then select them from the whisper menu like this: 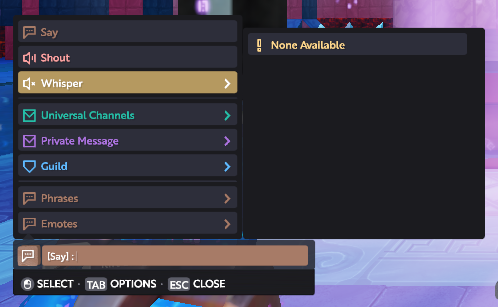 I have nobody in my whisper menu since I’m in sanctum, but that’s how you get to the whisper list for the planet you’re on and also how you can see everyone who is on a world with you

No doubt, no doubt.

If a new player PMs you for an initial contact or moves a chat into PM you could let them know to whisper and probably save them (and others) some confusion in the future. I understand why people do it because in a lot of other games, PM serves the same function that whisper does in Boundless.

We didn’t get “Private Messages” until later and they’re asynchronous to server as the backbone of the message box system. It’s confusing, but it’s not a bug or oversight.