My suggestion is to add some other possible underground ambiences, unfortunately due to my lack of understanding about how the ambiences are cued, I can’t really elaborate further except to say that there are more potential ambient tracks than surface and howling underground spooky wind.

I’ve tested this quite a bit in my home, I have a place that I made above ground, but it had a spot in my kitchen that the howling wind would start. I tried many things, originally assuming that the sound is triggered by certain blocks, or an amount of blocks, or the position of block, or the absence of blocks… I plotted under and filled with sand, I tried changing my build materials for less stone, I found cave and plotted them and filled them in, I got crazy frustrated and just 3x3 smashed downward like 20 deep… Nothing seems to support any hypothesis I came up with - the ambience seems somehow arbitrarily triggered. So, if that is indeed the case, can we arbitrarily get the chance to have silence? Or dripping water? Or warm churning with gravel slowly tickling now and again? …

All I could do to stop the ambience from being triggered is to not stand in the center of my kitchen. I found out that the block of space we occupy seems to dictate what we hear… so I mapped a 3x5 rectangle in the middle of my kitchen where the “haunting” occurs, and placed some gleam, wood, and shopping plinths. Now, it’s a bar of sorts. But if anyone jumps on it - they can hear the Haunted Cavern - above ground, where it really has no business being.
If we can’t just outright tune the way these areas cue sounds, maybe we can at least add more sounds, so there could be a chance not to hear the same one … sorry to have a lack of decent ideas how to fix this, I feel I’ve tried everything I can to help myself here but I don’t know what to do. 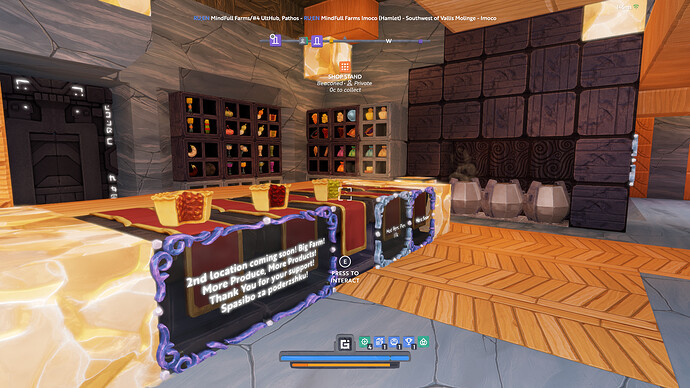 What I think the game does after playing for quite some time (note, just observations, it could be more extensive) is have two states for each plot column (from altitude 0 to 255):

I believe this info is being calculated right after a new planet has been generated AND this info is NEVER changed!

This info is then used to determine the ambient sounds, but it’s also used for the atmospheric effects.

When you can hear animals even when underground you are rather close to the surface (somehow water does not count!) and then you will also notice fog effects for example.

Once you hear the cave ambient sound you will also be free of the weather effects!!!

My next workshop will be above ground, but am sooo gonna flatten a mountain for it first to make sure I do not have fog effect in my base! Shame I can’t hear the birds anymore then but I rather hear cave sounds AND be free of the fog!!

Is this (sorta) correct?

And if so, would it be possible that the server at set times recalculates this info for beaconed plot columns? Even once every 24 hours would be a huge improvement!

If recalculating is too much work for the server to even do once a day is it possible to implement something so we can alter this info ourselves per beacon?

Am assuming there is more info per plot column involved since for instance snow works kinda different, it doesn’t show up on all the altitudes where fog does, so am kind of assuming that here the surface height is then used instead of ‘close to surface’…

But it seems like being indoors in the sky cuts down on the howling winds? I could be wrong.

Yeah idk it would be nice to have some silence/more calm options. Pretty sure underground IRL isn’t this weird sounding.
The bulk of my suggestion is simply - “Silence/near silence is ambient as well, ya know”