[RESOLVED] Beacon Plots: Is there a limit to how far plots can be from beacons stone?

The issue I’m come into is that I’m placing plots and it shows they are mine at certain angles, but the blocks within are not highlighting green like my previous plots (I’m 104 plots in). Also, when I go to place more plots from inside those areas it doesn’t show which new plot I’m selecting (it used to show the box, no longer does when trying to connect to the plots in question). Now… I should say that I am quite far away from my beacon as I am building a path through the ice to the nearest larger city on Berlyn.

Since I’m quite new to this game and can’t seem to find the answer I’m looking for through search, here’s my question:

Is there a limit to how far away plots can be from your beacon stone? 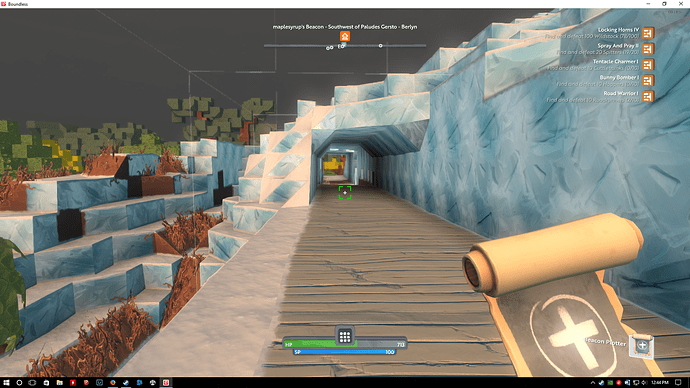 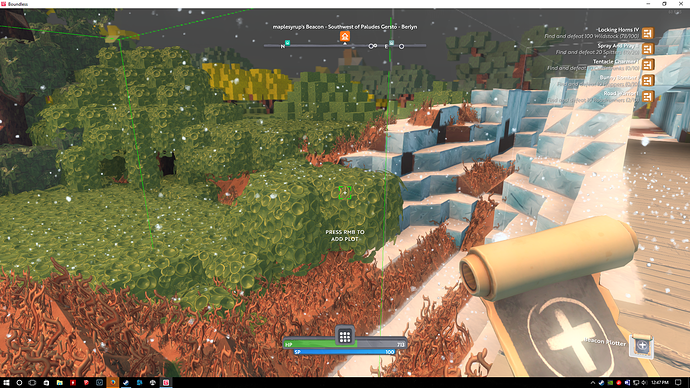 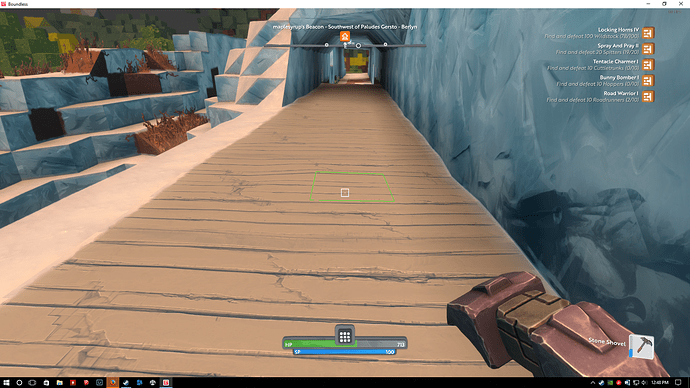 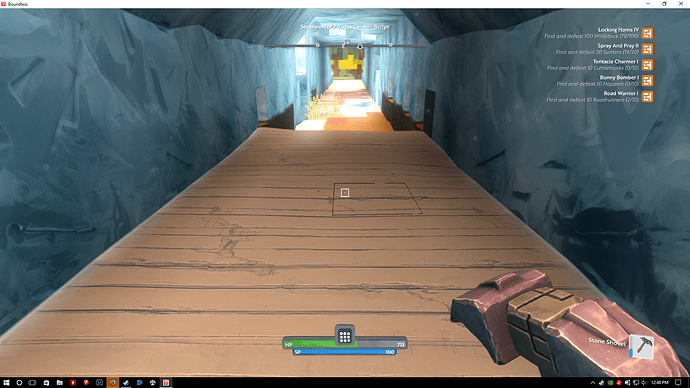 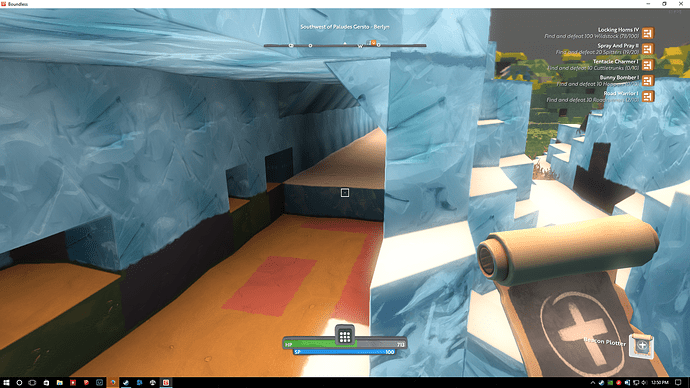 there should not be a limit. but i haven’t put plots more than about… 6 plots away from the actual beacon, or 48 blocks

@Xanotos Yeah… I’m pretty far out. I don’t know the actual count, but I’m probably 40+ plots (320+ blocks) away from my beacon… I would hate to do more work only to find out I can’t go further… I probably have another 40 to go to the nearest town…

i would say do a little experiment to check if there is a sort of hard cap on distance from your beacon.

just place a block in that area and come back in 24 hours, playing somewhere else or something.

@Xanotos I have… I should say I still can place plots further, but I can’t tell which one I’m actually selecting. In the first picture you can see three more plots ahead of me that I placed blindly (because the plot tool didn’t show what I was selecting), but as soon as you step onto those plots they no longer highlight green or show where I can connect additional plots.

Edit: Oh, and yes. I left it for a day, came back and all my work was still there.

interesting. have you tried making a second beacon and placing it there? to see if that will cure it?

Yeah… I thought that might be it too, but that didn’t solve it either.
I appreciate you helping think through this. Hopefully someone else has had something similar happen. Although… I think I may be the only person in game that thought “it would be great if there were roads between the cities!” instead on just using warps like a normal person, haha…

i mean my 1.0 build is gonna be a giant highway, hopefully around the planet entirely if i can do that. so you’re not by yourself.

but… that’s really strange. my only other suggestion is:

when the plotter stops working, go one plot farther away, then place a beacon, that should make a new set of things, then connect it over to the previous road, that would hopefully work better than placing a second beacon.

I’ll give that a go!

Yeah, my goal was to make it easier for people to travel in that area. There’s lot’s of ice, bushes, and water to get around between builds in that area and travel can be arduous. Plus it meant I could set trading posts along the way!

@Xanotos Thanks for your help Xanotos! I made a new beacon control and went away from my other plots and was able to work my way back. I think this is going to work! Thanks a ton!

coolio, have fun building your road

I have noticed this too, I think it has something to do with how many Chunks your control is away from your plot.

It’s nothing to do with controls in particular, it’s that the beacon itself (not the controls, but the actual thing that has the state of the plots etc) has a position (at its centre), and if you get too far away from that centre… the beacon and its state stops being sent to the client, and so the client has no idea that the plots are there, so he can try to place blocks only to get them reverted server side because he’s actually trying to place blocks in a reserved plot he has no permissions for, and he can’t extend the plots as he doesn’ know they’re even there (cough actually he can, because that happens server side too, only that he can’t predict that he’s actually doing it, and has no real direct feedback of it at all, since he can’t see that it happened).

It’s an issue that’ll be resolved at some point before release, but for now, that does in effect place a limit on an individual beacon’s size.