Given that random factor plays such a big role in Boundless, it’s only natural to expect Oortlings to believe in higher powers ruling the ever capricious luck. Believe in deities that could be addressed and prayed to, and made offerings to.

Thus welcome to RNG Church - a religion based on believe in unpredictable powers and faith in possibility to appease those powers so it can favor one’s work (providing the right offering of prayer and sacrifice has been made).

Planet of Lutrion is said to be home to this organized movement of thought and faith, with the first RNG Temple being built in town of New Ashenvale.
This modest temple doesn’t have ambitions of any grandiose and can be easily surpassed in size and splendor in future, but it is the first and therefore the oldest place to serve as a house of the new faith. The Church Of RNG will surely spring its branches from its humble abode, having solid and strong roots on Lutrion.

Who will come and pray here?
Who will take the light of the fledgling faith to other worlds?
Who will build the mightiest temple to the power of RNG gods?

Great minds think alike lol, I started this cathedral type build a couple of days ago. 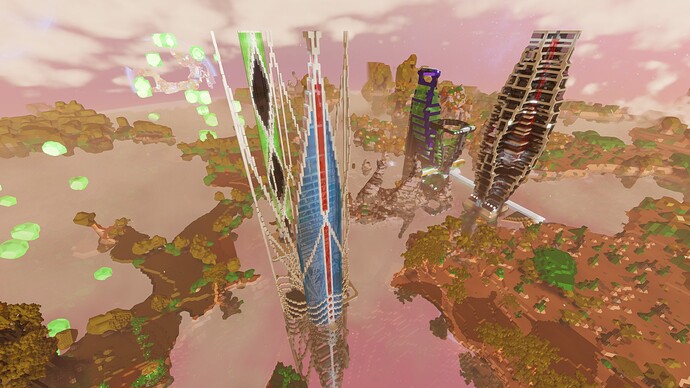 it looks like bishops hat, has gothic cathedrals verticality and also unmistakable style of yours

Just salute the chizel and your forge will be fineee

May RNGesus bless you.

The temple front has been finished.
It’s still a building site around it though.

I think RNG is felt strongest in forging and gleambow hunts. Thus I made gleambow decor and centraforge color and blocks the main motif. 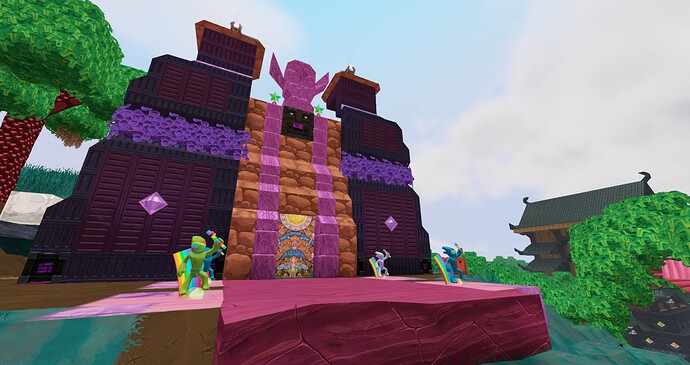 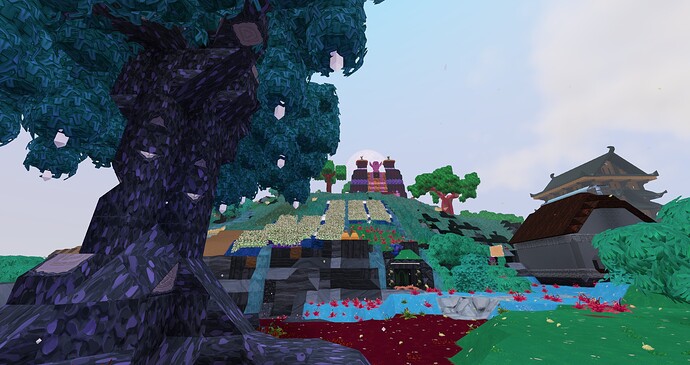 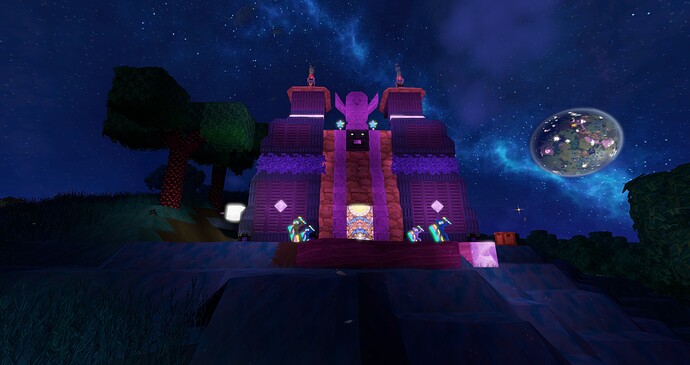 when working on first bits of interior (central piece of floor leading to the altar), I met first acolytes of the new faith: 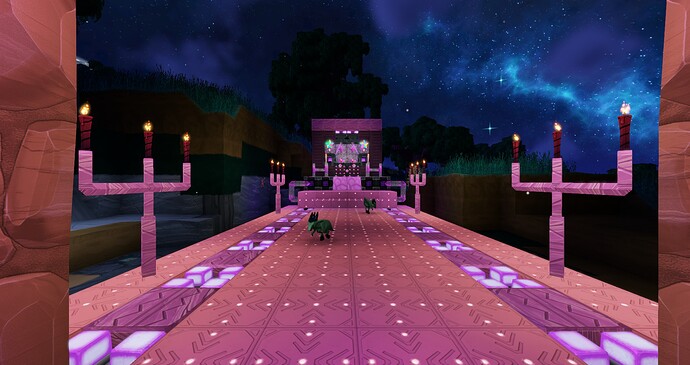 …or maybe these are the first offerings?

I love ! I will come on a pilgrimage in order to make an offering, cakes for example!

Finally found a moment to finish the church. 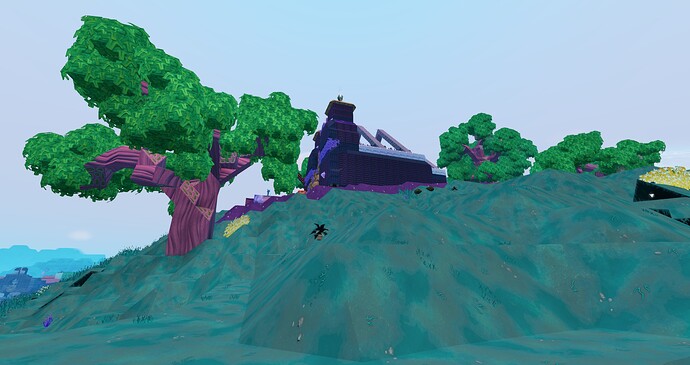 View of the roof from the back: 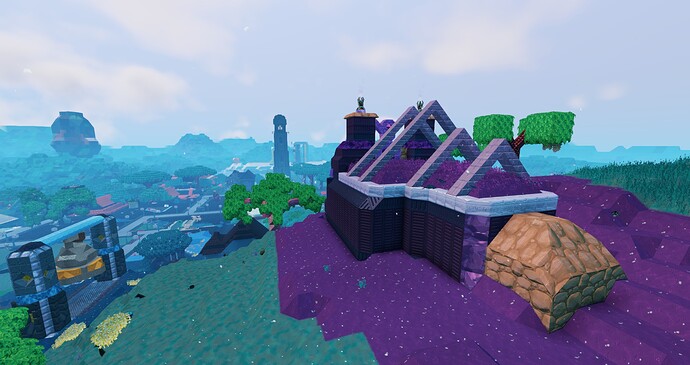 Interior seen from the front entrance with a view of the main altar at the end and intention boxes on both sides: 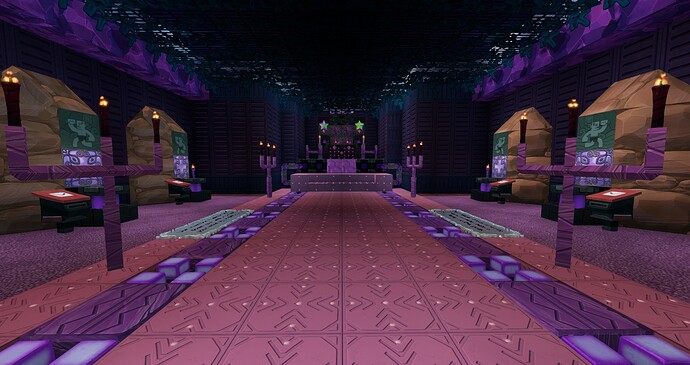 Come to beg RNG powers for luck and don’t forget to write down your intentions in one of the boxes.