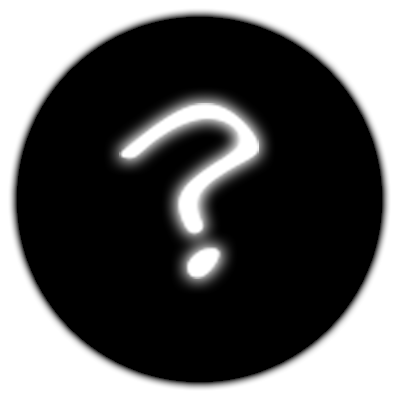 I had been wanting to use Hyrule for a planet name… but this was just too icy so used another favorite game series this time, save that one for later.

Wanted to play around with making a T5 collecting world. Happy with the result - a mix of things, just one big Island Tree area, but it is good, so put the portal to that spot. Portal by the left door at TNT Flan. Yes, Flan, I know… but there are a lot of portals that had tokens there at TNT, where none of the other T5 TNT planets had any, and I wouldn’t have wanted to take a last one for a test throwaway like this anyways. So despite my own occasional issues with AUS, figured this is the way to go with any T5s I do.

Anyways, lot of Stardrop, though not as good as @superman101’s Sotide - and that is another benefit to Flan, Sotide is around it too.

So sort of one-stop shopping, head to Flan for the good Stardrop gathering worlds!

I was going to go with blues anyways and the RNG rolled some nice colors, so only changed a few things. Went Night Blue on the gleam (only shown a little in bottom pic, other taken before change), that was a tough call, but that one went well and only one T6 out there with it now. Might put up a portal for it though this probably won’t get renewed.

Edit: Oh, what I’ll probably do is set atlases with bitter beans in them once done on the one stand, and some location tokens to stardrop spots on the other - probably include some from Sotide there too.

Might as well get all your Stardrop stuff done while in the region! 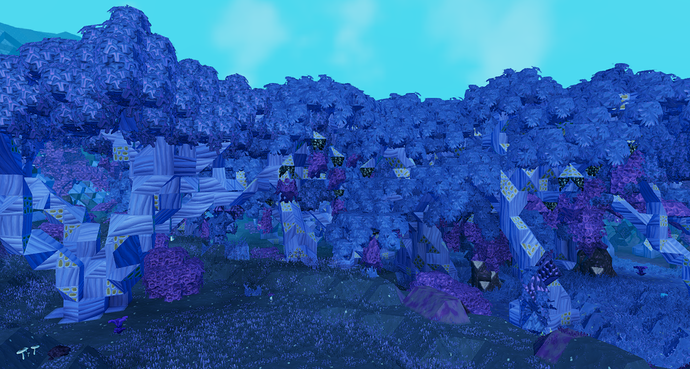 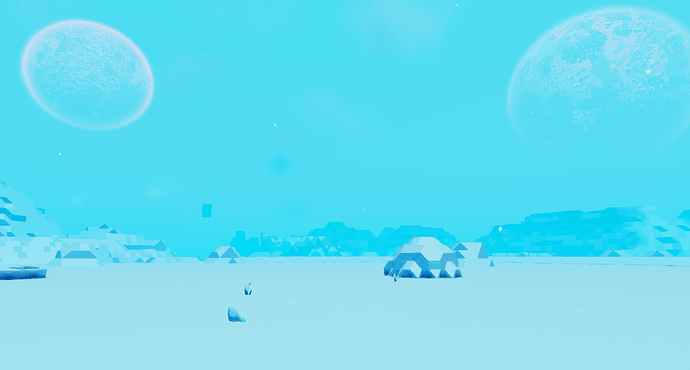 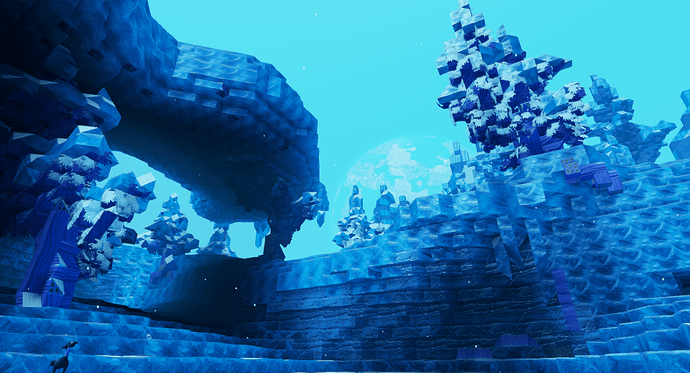 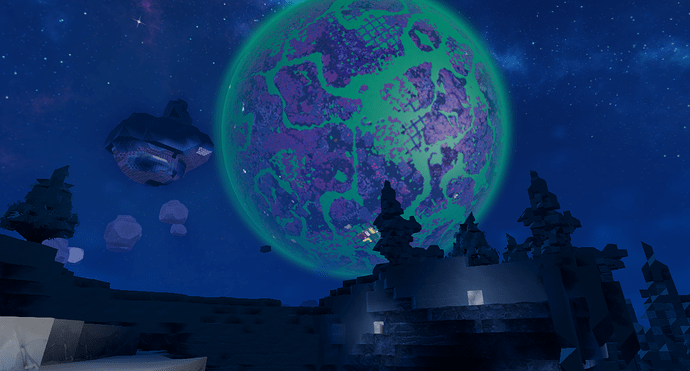 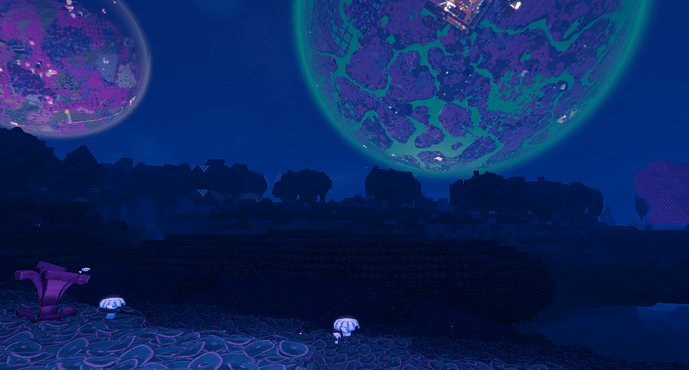 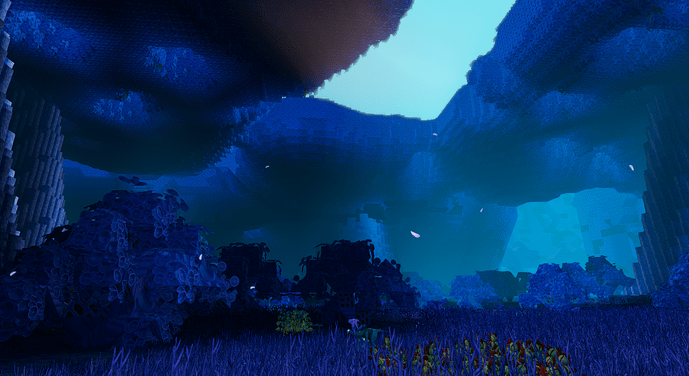 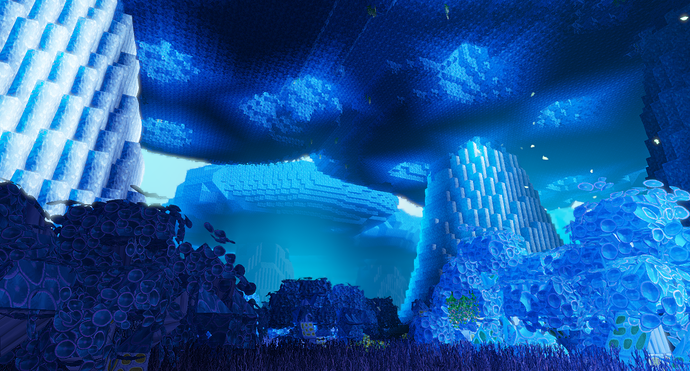 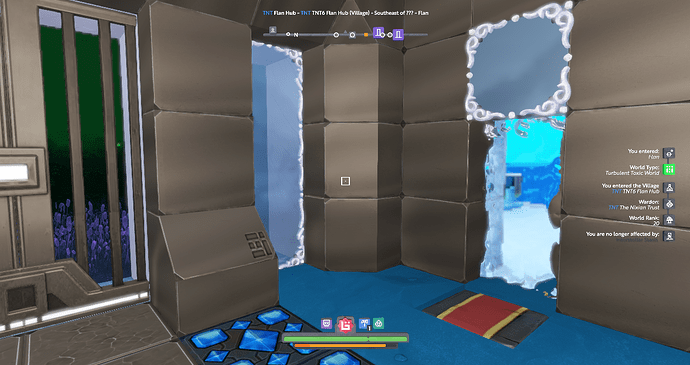 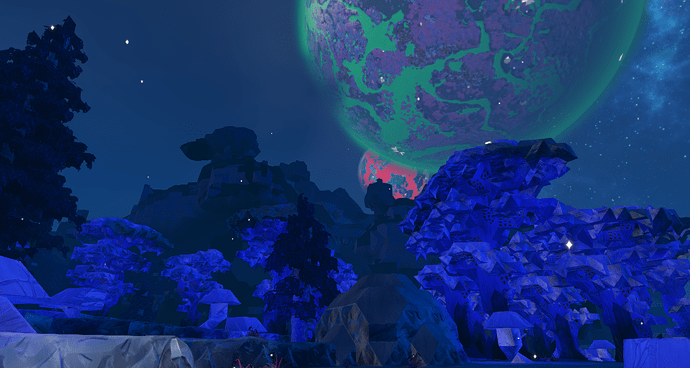 I’m actually out of ideas now. For now.

I’ll probably focus on gathering now for a bit. An exo would sure be nice though.

I considered naming this one just

This one is really pretty though I think, happy with how it turned out… 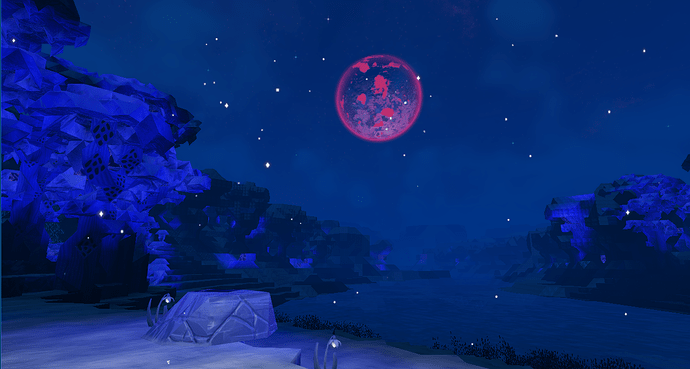 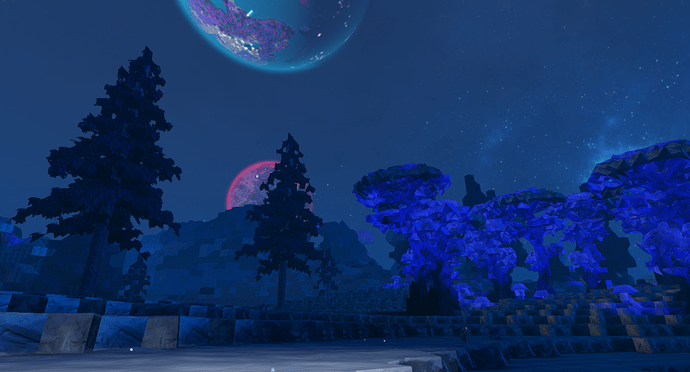 Lol … I must agree. We need exos. Love your work. I do love those big trees although I didn’t choose them because I knew it would effect my star drop count… love your colours.

Yep, that is my favorite biome, despite it not being good for any gem mining - the trees are just so pretty, the way the light comes through them especially, and the canopies are such lucrative collecting.

As long as the canopies don’t attach to any land or gleam, they’re also safe, mobs won’t spawn up there if not, though the occasional Cuttle from a meteor will come up.

When this expires, might try it as a T6 but sacrifice a couple high elevation ones I still took to get a little sapphire for any who wanted that (being T5, weaker rocks, so thought it worth it this go).

Yea I have a planet with them on it. Love them also. I should sell more stuff I collect. But I just cannot. I am a hoarder.plus now that my better half plays @captainrose101. She steels it all anyway.

i only just borrow, but forget to take it back… lol.

@bucfanpaka Is this what you having playing on this world?

I’ve got a few of the Skyrim tracks on my iPod, and various other game music, so I COULD have it going when wandering there!

Celtic Woman has a good take on the Skyrim theme too, though I’m not sure why they changed the lyrics… instrumentals are really pretty though- 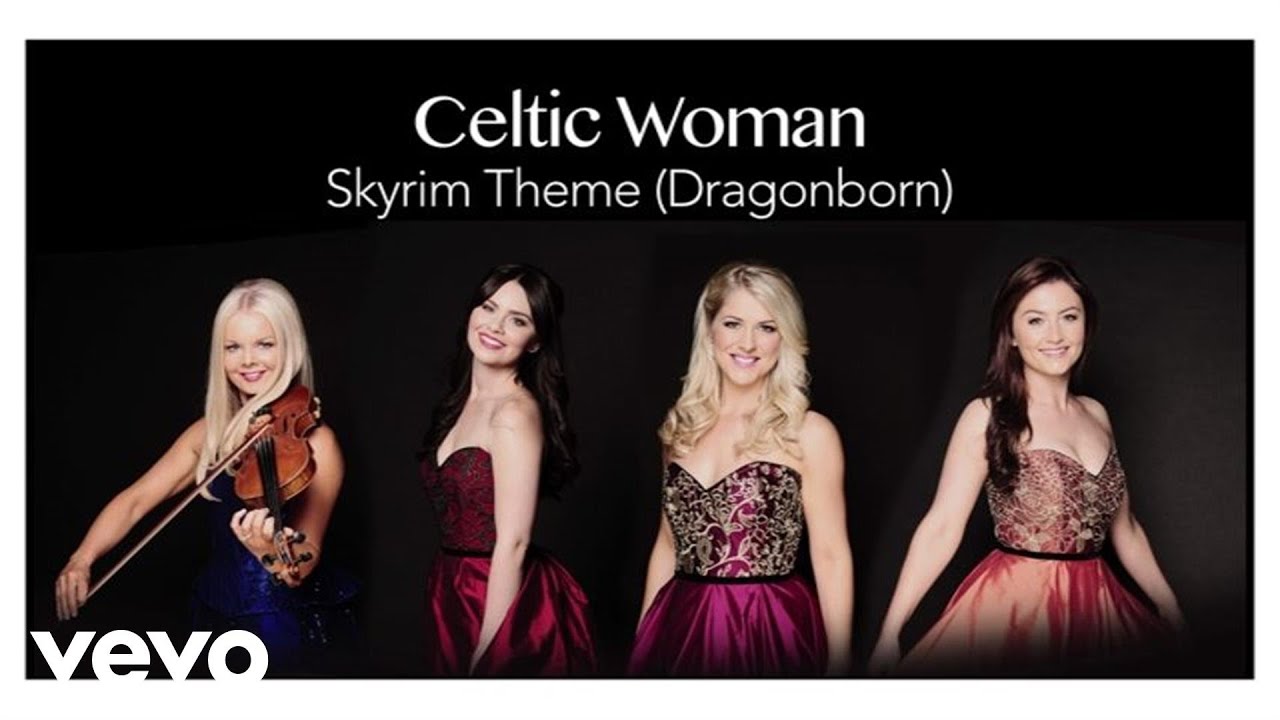 Hehe, thinking too on the T5 rentals, I do have a place at Flan I could put another hub.

But going to wait there… winter holiday coming up, will see how I’m looking afterwards on the money for that!

Just an update for this world,

I have taken this planet over as Owner and it has been refueled.

Got the info in the first post edited with your name, thank you for saving the world!!

So happy it will keep being used!

This is a great planet for the Hat mobs, if my theory here is correct-

It's beginning to look a lot like Oortmas... 2020 event starts next week! Announcements

Ok, I tested this enough now that I THINK this is the case, but not certain, curious what the observations you all have are… appears that biome type impacts the spawn rate of the hat mobs? Caught onto it and started testing it and it seems that being in a wintery biome really increases the spawn odds. On my planet Stardrop Valley, on pure Ice Crack biome, I seemed to be running about 20-25% hat spawns. In another area, where ice and Snowy Redwoods merged, it was like maybe 30-40% if I had to gu…

I was actually about to roll a new planet, but thought, hey, let me see how Skyrim is - and the area around the capital, where the TNT Flan warp goes to, is perfect!

Just start running laps around the capital in the snowy redwoods, and get canes! Maybe I’m wrong but it sure seems the spawn rate is higher in these biomes -