I want to make ( or see someone else’s ) list of T6 sov planets that are: public (gathering), connected by a portal, will be be fuelled in the future and have higher or similar % of mineable resources than the popular perma mining destinations

All connected by portal direct to mining spots via Paka’s Palace, Alcyon - not sure how the % compare but better than my TNT ones on all I think. All also have 99c atlases for sale in them. All plan to renew and have more than a month on them currently though I can’t GUARANTEE continuation-

thank you I’ll check them out

New javas is connected to tnt cardass and theres a portal from one to the other.

New javas is absolutely fantastic for sapphire and theta is on par if not better than galan for topaz.

Both portals are right next to the hot spots.

As a bonus theres a massive bitter bean farm just outside the topaz mine on theta.

Due to huge demand and not getting a good run on new javas its been restricted to weekend only mining for now. Theta is fully public as it has 5 or 6 big mines available

Great diamonds hotspots anywhere that there are no rivers overhead. Planet has been fueled for 480 days.

I am digging it on Proserpina, great colors and resources

It is my favorite of my rentals - very profitable mining planet! Good collecting of other sorts too.

Any are curious (and tempted to do a thread for this at some point anyways) I can give a “build” for a Corrosive that - though there is still decent variation even when making the same or similar selections - should give you some really good mining and collecting spots. For mining, I’m definitely seeing that a Corrosive with good emerald along with the amethyst is very profitable if you mine along the amethyst/emerald edge area. Had a great run yesterday, huge profit off a short mining stretch on a test planet. And I’ve now managed to (IIRC but pretty certain I’m remembering right) spawn three Corrosives in a row with 100k+ emeralds and of course more amethyst than that.

I still may do some tests of these since I still don’t have a good feel on some of these cave options… if I get one without a color I want to keep and around Alcyon, might open up a temporary no-rock mining area.

Parador-2 T6 Fierce Chill World with Sapphire @ 3.50%. Portal Connected via a small outpost just outside the Kol Huroo PS Hub (From the North Exit of the PS Hub, look ahead and slightly to the right and you’ll see the Yellow Gleam shining. That’s the Outpost)

It expires in 1 week 6 days but if someone wants to take it over, I’d be happy to ask James to transfer it.

I’m about to rent a planet and was wondering if you could give me some advice? Emeralds sound good I live on serpen and was wanting the planet to be close to home should I go up in planet lvl for rented planet? Or just build a portal to it

T6 will get you more gems - but also tougher rocks to break, and then it becomes a 50-50 coin toss with which planet on the server you get. T5 can still be good and if you choose that server should lock in Serp since T5’s only have the one each.

If you really want more emerald than amethyst, you could go with Toxic with this same build and have more of that - only thing being here I use some island biomes to create more shallow water area for the amethyst spots, but there isn’t much that could be swapped out to make it that much better for emerald (which is deep water). But this Corrosive build SHOULD (done well with it on several trials) get you decent emerald while loading you up with amethyst hotspot, which is better than pure emerald spots for other stuff. Keep in mind too, it will probably add in a few other random biomes you didn’t pick.

Also, this build should get you tons of gleam.

A couple other notes I’ll throw in.

On caves, far as I can tell so far, just go with Standard Caves 1, seems safest from what I’ve seen. Small caves sounds like it should be good but actually creates a ton of them so they’re a bit of a pain.

Ocean
Man-Made Islands - I’ve seen good amethyst spots around these
For the third, Icebergs might be better on a Toxic. I like Beaches though, partly for the looks I admit.

Clam Ocean
Coral
Kong Island (Gives some shallow water area around the edges)
Island Trees - I recommend this because of the farming, it will give you a ton of lustrous wood, trumpet roots, glow caps, and flowers. Even though it is a land biome.
Last pick is tricky: I go Flying Foliage, but could go with Lantern Field… Lantern Field I’ve had mixed results with on gems though, but might be the safer pick.

Mouldy Sea
Tiny Islands
For the third pick, if you want some decent building land, Giant Slice will give you some. Otherwise, might go Floating Island Paradise. I still need to test Bridge Islands.

Either-
Floating Shrapnel - This will light up your sovereign like a Christmas Tree with the gleam, if your results are like mine.

Sky Pattern - Might be better for the gem spots overall though.
Gleam Rain could be a safe pick, I tried it once and didn’t see any at all.

Thank you gonna follow your advice to the definitely want more gems though.

Have portals open now to two mines on the world with the highest Ruby % out there now!

Planet Snowball - portals at Paka’s Palace, Alcyon. One of the mines has completed atlases in it now, eventually both will. Mines themselves are a work in progress but they’re usable.

I may let Pandora go and keep this one, or even try for better now that I know what biomes work well… Pandora has a higher overall count but spots aren’t as good as here. Plus, being able to choose the caves here, from my initial mining, not seeing much lava here. 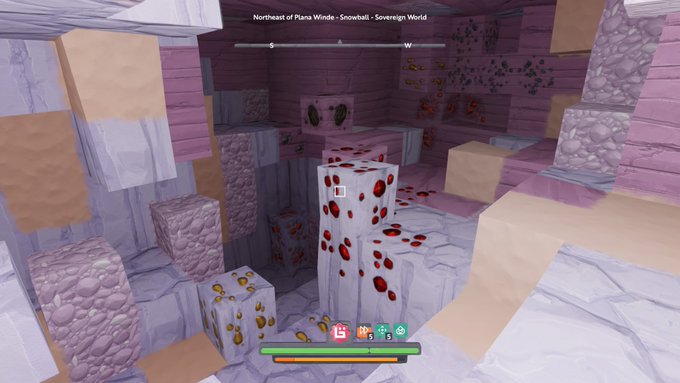 Floating shrapnel has gleam? There’s like none in the picture on the order page but that doesn’t mean much

Not on it’s own I think - but it merges REALLY well with Gleam Lake.

I think the trick is in taking JUST Gleam Lake for lv 4 and Floating Shrapnel for lv 8 with a T6. So you don’t dilute the biomes. Also better results with the mostly water toxics/corrosives I’ve done, little land interaction. Get results like this - 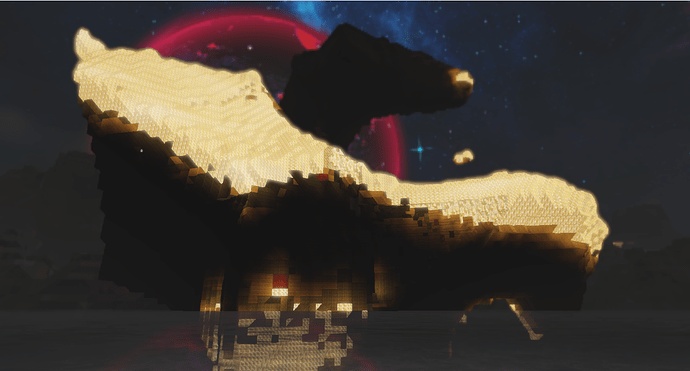 I’ve done this a bunch now and gotten huge areas of gleam each time. That said, it isn’t the best farming. For that, the mix of Gleam Lake and the Island Trees can give the best results, when it spreads gleam up on the canopy, sometimes merging into a large ball on the edges.

Imagine me, opening this topic and finding no list

the only mining worlds im interested in— are over 4-5% in gem resources. ive mined 1.77% gem etc. and its not worth it.

I feel like WS should pay paka for her hard work, not the other way around!

Actually did today, in fact!!

… Though I pay for this as well.

Anybody want to try to forge a hammer from some of today’s rubies? 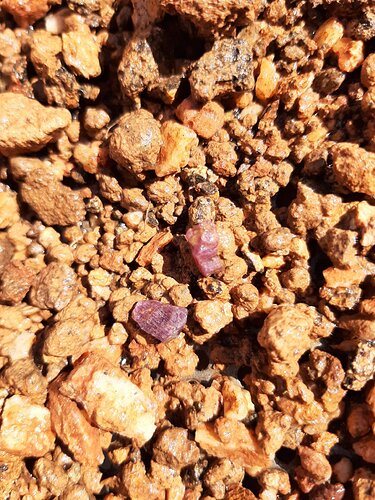