This sums it up perfectly! 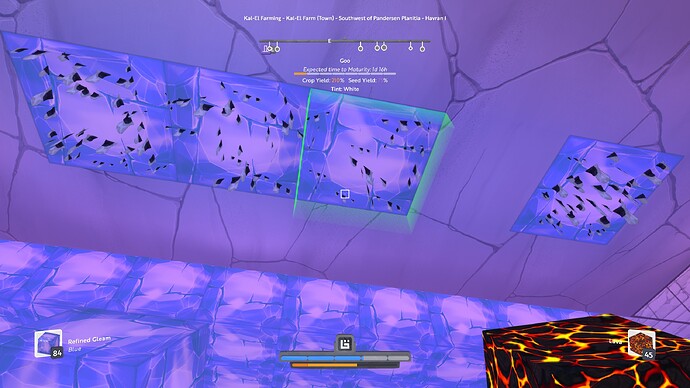 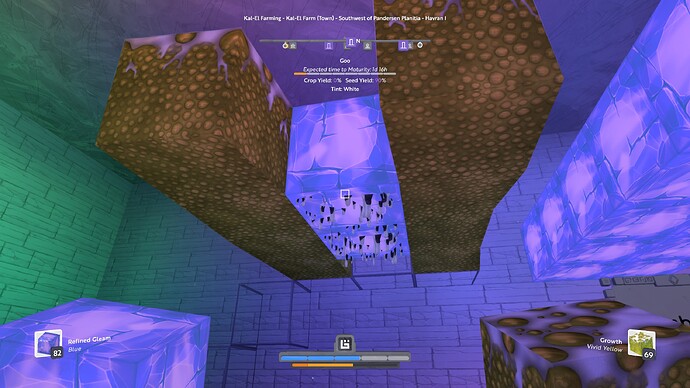 You lose the bonuses for growing on rock or sponge. Unless there is a way to do it I am not thinking of.

I am getting the lava bonus for the crop max 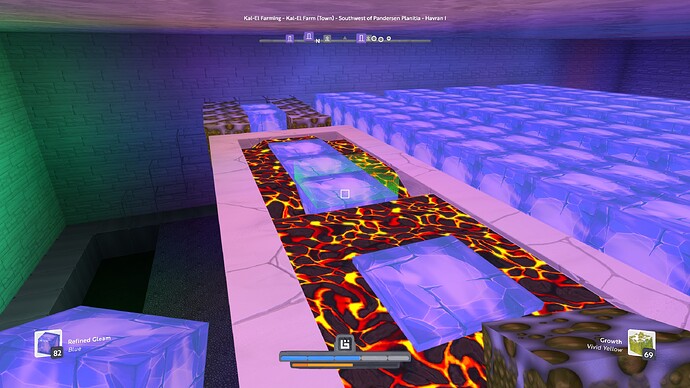 I understood that it doesn’t have to be planted on gleam, rather the light colour it receives mutates it.

On raw gleam you lose 5% produce and seeds compared to rock.

edit: I was wrong, to mutate it has to be planted on gleam. Makes more sense now.

Darn and here I was cheering hoping you were right. .

oh well. . I do hope the make a change so you can get something over 100% on seed if you do it right.

What a good water material needs is some kind of sea-foam texture on the surface only, where the water touches other blocks, like so :

Water-WoW1.jpg1709×786 220 KB
That system has been created around 2009-2010 for World of Warcraft : Cataclysm. Problem is, the foam texture is too small, and when the water-level is low enough to get that foam texture on the entire surface of a water pound, it looks terrible.
Since they made that change to all the water across the game, their water engine sometimes produces atrocious results depending on a zone settings. It sometimes looks more like paint than water (if anyone here has been to Darnassus’ waters, they might know what I mean).
But in some other zones, it can also produce some amazing results : J5z2aFt.jpg1440×900
You can see how the water is more transparent when it’s shallow, and harder to see through where it’s deep / far away.
And in more recent zones, such as the swamp of Naz’mir, they tried to do more advanced things such as this green diffuse texture on the surface of the water, which looks pretty awesome and sells the “dirty water you don’t wanna drink” vibe :

A game which genre is closer to Boundless would be Eco, and their water looks waaaaaaay better than Boundless, from what I can see in the trailer :

Anyway. Point is, I think that’s the kind of water rendering we need in Boundless.

I do however have the same question as @AeneaGames had earlier in the thread:

@james
Will the balancing of goo farming be done in such a way that everyone in the end is able to make large quantities of blocks in the colours they want or do we need to see tinting/goo farming as something we only get a handful of blocks in a novelty colour?

The Goo farming is designed to be the most advanced crop.

For example the wild crop is spawned into elemental exo worlds. Assuming you’re happy to harvest goo on these worlds then you can start farming it. (You could also trade / buy seeds - if you don’t want to visit the worlds.)

The goo should be plentiful on these worlds - but it is also finite. As it’s a resource it’ll not regen. On the Testing exo it’s the second most plentiful surface resource. So there are huge amounts there.

The goo is also configured to yield the highest ratio of seeds to crops.

You can also mix the goo when creating the sprays - so no colour is really wasted. As long as the output colour is what you want you can often increase the volume with a collection of other colours. Mixing is important, as it’ll turn a collection of many different colours into a larger amount of a single colour. With careful balance you should be able to generate which ever colours you want.

The “edge” colours will be harder to create - because they can’t be created by mixing. But maybe you can find these wild on a world? Or maybe you have the gleam to mutate towards them? There are quite a few paths to explore.

You will definitely be able to generate much more than “a handful of blocks in a novelty colour”. Larger quantities are only limited by your endeavour and finding the most efficient way to create them.

Larger quantities are only limited by your endeavour

Endeavour? Do I smell a guild helix on the wind?

Endeavour? Do I smell a guild helix on the wind?

Endeavour with a little e.

Awwwwww my hopes have been dashed!

For those who are unaware : endeavour
an attempt to achieve a goal

I can’t wait to get started on the goo farming.

As always looks like some amazing changes and thanks for all the hard work to bring the community some viable content.

I liked the one be for this one. I think this one has a nice surface but the side view threw glass looks wrong.
if you guys could use this iteration for the surface and the last model for the sides it would be perfect.

Lava on the other hand looks amazing now! 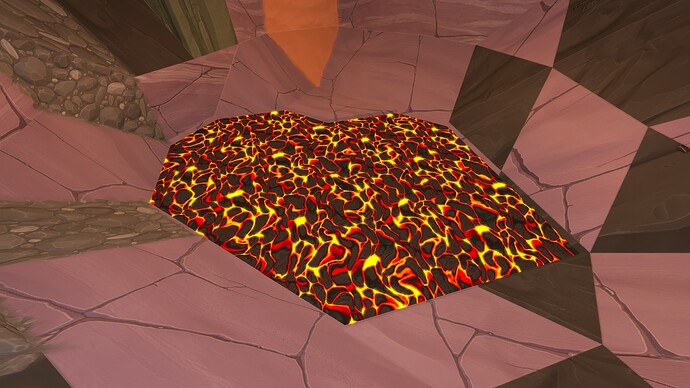 True, but I got rather used to how it looked before… 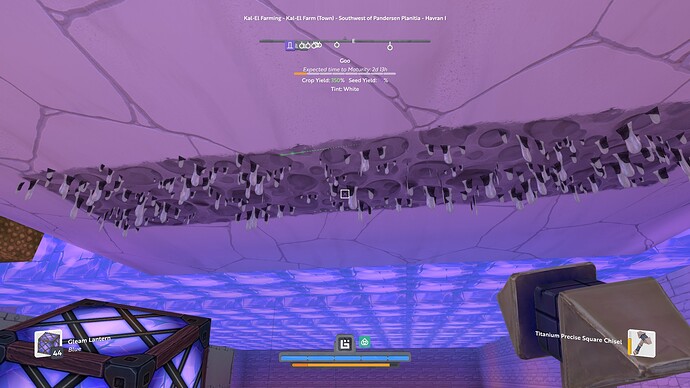 I hope someone will compile a thread with schematics on how to make the most optimized farms. I’m currently freeing-up some space for an underground farm which will be lite by refined gleam.

I am not necessarily a good documenter but you are free to come and explore all around my test build on Havran I (Kal-el Farming is the settlement (901N 1,704 E)

Edit: Anyone is free to come poke around. I have marked my most recent attempts with the testing version number

I’ve already checked-out some builds on Havran I. Sadly, you can’t see the the crop/seed yield unless you have permission in a build, so I’m never sure if what I’m looking at is good or not.

In the meantime, I’ll just prepare some big empty space.

hmm that is disappointing

ve already checked-out some builds on Havran I. Sadly, you can’t see the the crop/seed yield unless you have permission in a build, so I’m never sure if what I’m looking at is good or not.

You can use the debug menu 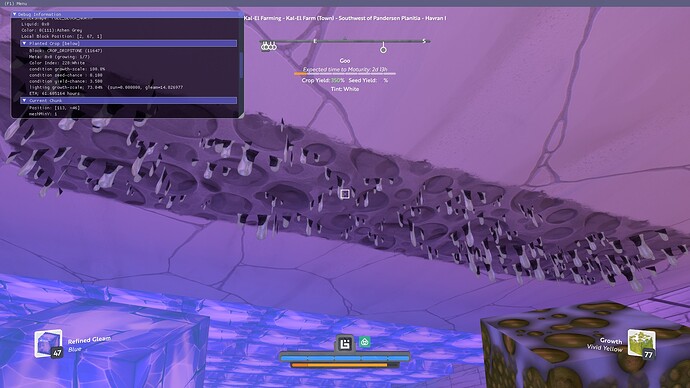 Edit: However I still agree it would be nice to have it documented for the players that cannot access test.

Although, no offense, but it’ll still be easier to wait for a guide when the update comes out rather than exploring Havran I in debug-mode to see what people are doing in the current build on testing. Things might still change.

Anyway, back to digging my hole!