I wan’t to try capturing some videos and edit them so that I can demonstrate a few things instead of awkwardly trying to explain only in words and still images.

We have a couple of youtubers on here, so at least some has experience. Anyone got advice on some free/cheap video capturing and video editing software?

I use OBS to capture video - fairly simple to set up
https://obsproject.com/

Only free video editing software I know of is Davinci Resolve, although I’ve not used it yet as I’ve only really done video streaming so far.
https://www.blackmagicdesign.com/uk/products/davinciresolve/#

VLC is hard to use for this purpose but it does have a bunch of recording options.

Ifor the actual recording… Shadowplay if you have a GeForce card.

I use the 2 programs that Strechious listed which is OBS and Resolve.

There are other options for capturing like Awkanic listed with Shadowplay if you have a Nvidia card. Also if you have Windows 10 you can install the Xbox app from the Windows Store for free and that has the capabilities of capturing video. There are a couple of options also for video editing that I know of. If you have Windows you can get Windows Movie Maker for free. There is another program called HitFilm Express that is free. If you have a Mac you could get iMovie for free which is pretty good.

Thanks for this topic. I have the same goal of capturing video to demonstrate problems.

Hi there. I’m currently using Nvidia Shadowplay to capture video for YouTube but I do use OBS when I stream.

I use Sony Vegas to edit. There is a free trial version that I believe is called Sony Movie Studio. (Not 100% sure on that name, a quick Google should do the trick)

Thanks for all the good replies. Feel free to continue to add more suggestions though, it’s nice to have alternatives.

I totally forgot about OBS, I only used it for streaming when I had that installed. Gonna try Shadowplay first though, since it probably will be more closely integrated with the graphics accelerator.

I recommend OBS or bandicam.

Since someone went ahead and necroed this post… The last time I tried to record boundless, the quality fell to pieces once it started raining. I’m a noob with recording - would that be a setting I have screwed up or can a GTX 1070 just not keep up with the demand of rendering the game at 60fps with rain while also recording using OBS? I used OBS in the past for other games with several different graphics cards to record a variety of short clips with no issue, hence why I never bothered trying out shadowplay but I’m guessing that might be the better route to go since I have a GeForce card.

The GTX 1070 should be more than enough. However, I run the game on medium settings and have no trouble recording / streaming at 60 fps.

Double check the recording software is in fact recording at 60 frames, some have different settings. I’ve noticed a few peoples videos / streams are running at 30 fps (probably without them realising)

I was thinking of recording the next addition to my city and that’s what I’m afraid of. Record the building and chiseling of something to only have it look like poo. If anyone has any ideas on lossless recording I’m all ears.

in fact recording at 60 frames

Yes, I kept checking to make sure everything was at the same rate. It was rain OR the particles from mining with max speed hammers that would cause the issue. I purged all of my old recordings once I saw how terrible they looked at certain points. Next time I am home (~5 weeks) I will check and see if the settings are still set up like that. Or maybe I’ll see if my laptop can record while I’m on the road

Boundless is a very CPU heavy game. I never have any GPU issues with it, only CPU (my CPU is a bit dated, but still pretty powerful).

If you want the absolutely best possible recording and the best possible visuals, the cheapest way is to use two CPUs with CPU encoding (“software” encoding). Buy a capture card and run the output from the “game” computer into the “recording” computer. You likely might be able to do the same with an i9 or other similar high base clock rate CPU, but that will likely be a lot more money.

If you are looking to max performance without best quality, you definitely want GPU encoding (“hardware” encoding) for Boundless if you have a better GPU. GPU encoding producing a much lower overall quality video, but it can often be a low “cheaper” in terms of performance. Especially for CPU bound games like Boundless.

Also, to contribute to the original conversation:

Streamlabs OBS is definitely the software I would recommend nowadays. It is a fork of OBS, but not open source and filed with a ton of other features OBS did not have. 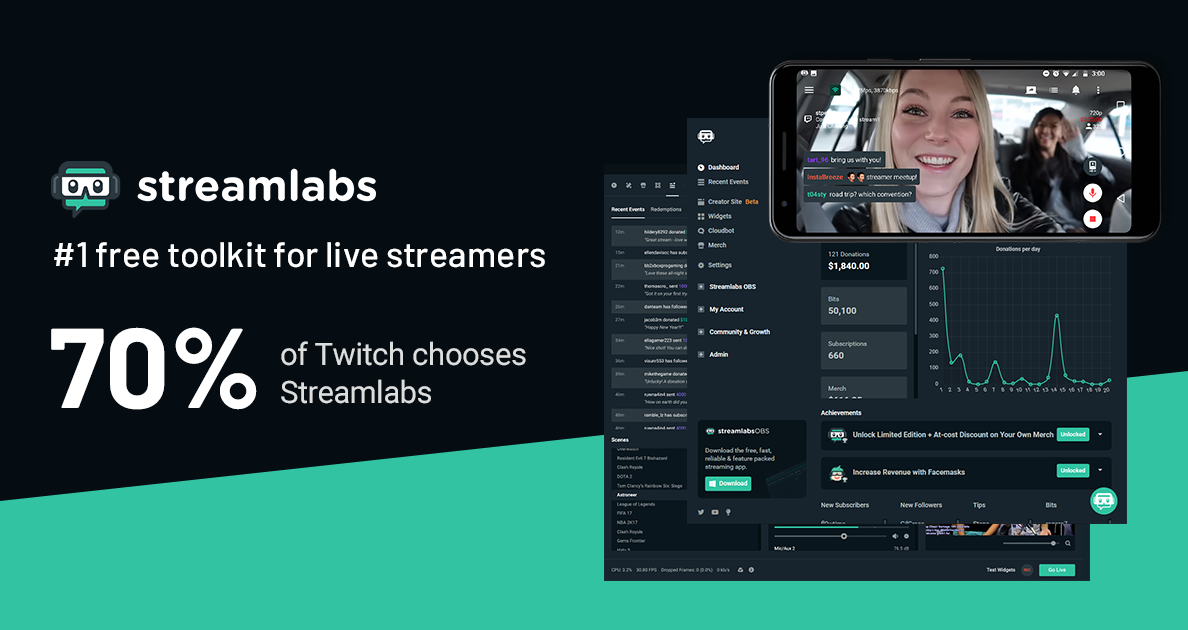 Streamlabs | #1 free set of tools for live streamers and gamers

Streamlabs OBS can do CPU and GPU encoding, but if you are looking for something more lightweight and “easy” to record quick clips with, then I definitely just recommend using out of the box Game Bar feature in Windows 10. It does GPU encoding and should have little to no effect on your game. You can also use AMD ReLive (AMD GPUs only) or nvidia Shadowplay (nvidia GPUs only) as an alternative to Game Bar.