What if the Tint Kit allowed you to change sign color?

I would love to see the Oort alphabet added + unicode & symbols

AGAIN Im not talking about the everyday players Im talking players who are casual players that believe it or not are a majority of gamers.

We all have a different definition of casual

. I Consider myself a casual in this game now. I hop on every few days and only for about 30min usually now. But overall I’m a “hardcore gamer” as i play games every day just not the same ones every day. So in the grand scheme of each game I’m casual. Lol. Have roughly 20 games that I still have yet to finish because I rotate between them all.

Well I would care a heck of a lot, I’m a very slow builder and when I do build something it’s always huge and something very time consuming with loads of chiseling stuffs, if I lost that I would pull my hair out!

So do I but lets be real youre hardly casual lol. You know what i mean cmon.

I know but you WILL NEVER have to worry about a beacon plz lol…ppl you all know what Im talking about. The person who works has a family plays a few hours on the weekend those folks.

Geez, we got iiiiit!
It’s just that your initial statement was absolutely NOT clear. Now can we move on?

Friendly admin reminder that flaming is against the CoC.

Please be kind to one another

A color picker would also be handy for PS4 users in general, I believe

Omg YES! A color picker directly on text boxes would be game changing.

I think the Gleam Club color thing is Just fine the way it is… if you want the option to use color in your signs, or to remodify your character appearance over and over then you sign up for Gleam Club. I have absolutely NO issue supporting the game… Gleam Club at its worse price subscription is $5 a month… so we are talking less than ONE McDonald’s Meal per month! While I am sure there are a few where that is alot of money and I sympathize…the MASS Majority of players could easily skip a soda or a meal at McDonalds once a month to support Boundless… if you cannot afford it (and I do sympathize if this is the case for some), then you simply do not color your signs… as this is a cosmetic ability it is fine.

Honestly, I’d pay for the signs in Boundless to even remotely have a few of the capabilities of the signs in Creativerse. The crazy stuff I was able to do with CV arc-signs, that’s still one of the highlight of the time I spent on that game…

So when you go from that to Boundless’ signs limited to 128 characters, it does feel like going back to the dark ages. ^^
The color-picker would be the least of the changes the devs should apply to signs.

I play CV too, but it can’t hold my attention like Boundless does for some reason. 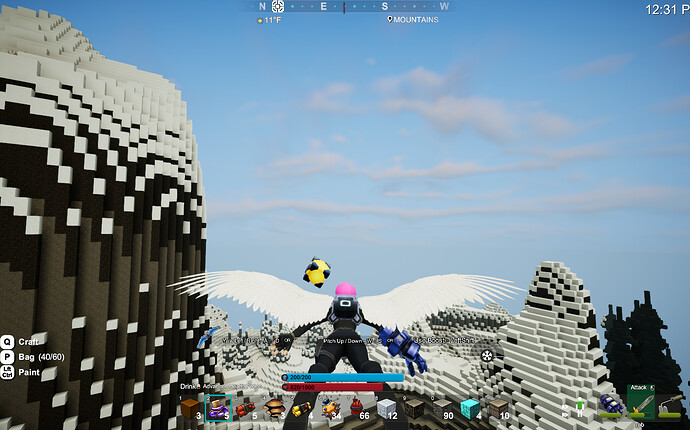 do like the functionality of that other game’s signs…

Yeah, I get you, I can’t get myself back into it either, even though I have a lot of ideas of builds I could do. Truth is, the two biggest reasons I’m not on CV right now is that the game still feels slugish and badly optimized, with minute-long loading-screens everytime you take a teleporter. The other reason is that things aren’t great for Playfulcorp, as they have been forced to fire a big chunk of their devs, and you can see they’re desperately trying to get people’s attention with livestreams and such. I mean… at least, they’re trying. I’m afraid the game might suddenly shut down one day. And yet, they have some nice concurrent player Steam charts…
The game shutting down is also a fear I can’t shake away regarding Boundless, not until the devs really start doing marketing. We’re still waiting for them to update the game’s website, Steam trailer, etc. I really hope the devs do something like a big “here’s where we’re at” thread soon.

Anyway, CV’s recent color-tinting + creative mode + drone camera update is pretty cool. I see lots of people going back to CV, people who coincidentally stopped playing Boundless because of the high-maintenance, PvE aspects and world-regen (which is somewhat being worked on with the current update in testing). Some of them were actually driven away by the behavior of players who wrote in this very thread.
These people who will gladly come back once we get Official Private Worlds, so that they don’t have to deal with more plot-drama.

I keep trying to show them what the game offers in each update, but that’s never enough. The rental worlds will be the kicker.

Also, would you mind rephrasing your poll question. I find the use of the word Peasants in the context that you used it to be offensive and not conducive to a real conversation regarding the topic. 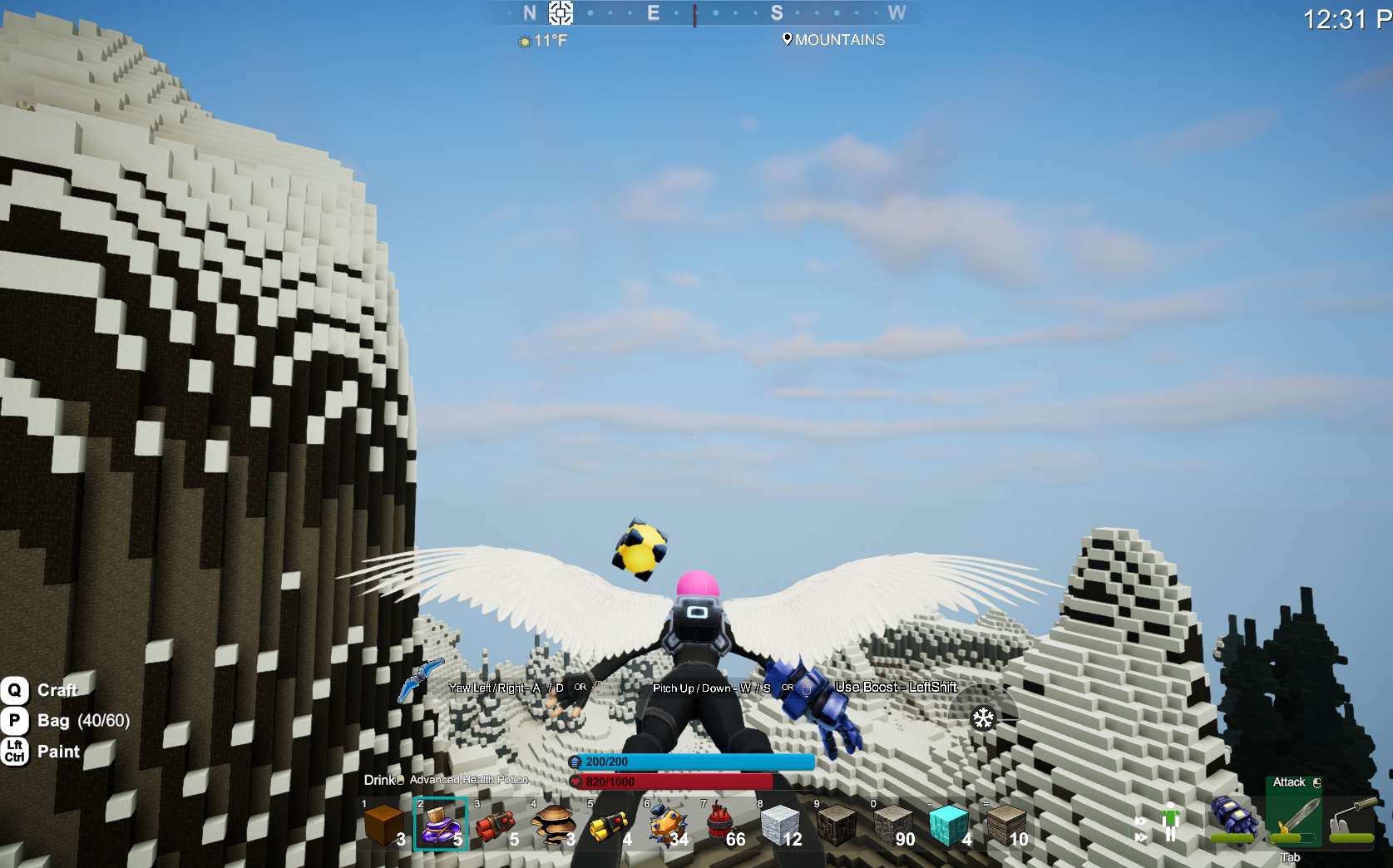 Uh, no, it has a similar feature as Boundless. You get a chest for every day you log in, but it doesn’t contain coins, it contains random stuff like a potion of health and some items related to a holiday in progress when there’s one. I’m not sure where you’ve seen CV has lootboxes in Majorvex’s picture. The moral is : don’t assume a game has evil predatory ‘surprise mechanics’ as soon as you see a chest.

However, the game is free to play, so there’s a store.

I’m not sure where you’ve seen CV has lootboxes in Majorvex’s picture.

The moral is : don’t assume a game has evil predatory ‘surprise mechanics’ as soon as you see a chest.

Aaaaaaawh. Yeah, I mean, I know it’s Majorvex’s lamp-companion thingy, so that joke would never have landed with me.