I just played a lot seven days to die and Elite Dangerous and got the idea of having very different worlds on same tiers, but with different pros and cons coming with their differences.

I would like to have worlds that a true harsh in the matter of survival, thinking of thirst, hunger and the need of shelter to avoid being caught by the fierce inhabitants.

Those worlds then could have low resources of food and water, may be even filled with grounds that cannot support farming (or only some small plants), but have some rare treasures or more ores then balanced worlds.

On that way people would have to work together and plan their approach, which then may give them access to ressources that they can use to craft for their own or to trade to other worlds, while people of more friendly worlds could establish trading routes to those worlds to support them with food, water/drinks and other stuff which may be needed there (may be even wood, tools and weapons if they are really rare or hard to get there).

On that way people who love harsh survival would have a place to be while others can use them to trade, which would encourage the economy aspects of the game.

What do you think of that idea? Would you like to play on those kind of worlds?

I like it. For those who enjoy more of a challenge, and who really know what they’re doing, those worlds would be more fit for them. There could be worlds that are really easy to survive in, without many hazards, but resources will be much more scarce, and the treasures wouldn’t be as grand.

And then, always the balanced worlds.

That could be an additional effect for richer worlds, true :). But that would not enrich trading, which is also a main aspect of my idea/question. Still, I would love the extra thrill

Hello dev team, I think that this game must have survival elements. If this game is just to build things , killing animals and monsters , will become boring , as well as with the Landmark game.
In this game you can build , get resources , kill monsters … but lack you have an incentive to hunt for food , go after water, seek refuge when the night comes .
I hope this is added to the Oort game , hungry and thirsty bars , able to hunt and extract water from rivers .

Diablo does a good job of breaking the monotony of their game’s play loop by occasionally having groups of rare, super empowered enemies that spawn at random and drop better than average loot. Some worlds could feature an abundance of “corrupted” creatures like we saw before, but then occasionally, they could have the source of that corruption spawn in the world and nearby creatures could become further empowered by it until the source is destroyed by the player.

also think that the part that made it interesting was not just the rares but that they kinda appeared infrequently, i think it would be great if at random times a rift or tear or something would appear where rarer stronger creatures comes out, preferably right next to a player (trove/ESO style) in a way that if you are quick you can STILL run away, but you need to start running almost immediately.

I like rifts and tears since they fit into the portal thing we have going on. Another idea we could go with is the whole “corrupted meteor” thing coming down and smashing into the environment, then radiating corruption over a large area, turning nearby creatures into super monsters 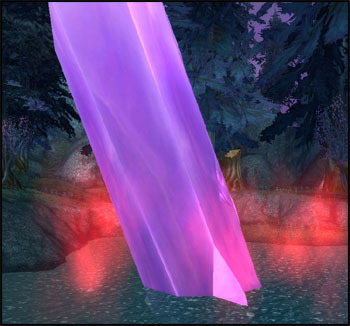 That´s pretty similar to an idea from another thread:
https://forum.oortonline.com/t/shards-auras/1738?u=vastar

Yes, thank you. I could not find this thread.

one of my friends is writing a comic book story where the world has been turned into a nuclear desert, and every so often the wind kicks up really high, picking up bits of broken glass and metal and basically anything dangerous you can think of. the sand and sharp bits swirl around in clouds that the characters refer to as ‘shred storms.’

maybe we could add something like that to desert planets.