YOuR world is a LIE your planet is a torus! WAKE UP SHEEPLE

Ever notice you can run straight North FOREVER? Your compass never starts spinning in circles, no jolly fat man in a red suit hands you a present. You keep walking and things start to look familiar… you have been here before! Exactly 4607 “blocks” ago!

Don’t believe what you see in the sky! The planets are NOT spheres, they are tori! And I have proof!

I painstakingly painted the surface of Gyosha Ophin in its entirety on my handy dandy torus.

With my tourus standing on edge, blue dot facing me… 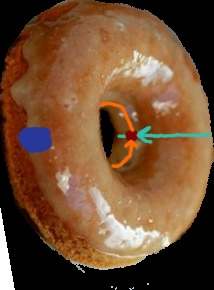 I carefully cut from the red dot around the far side of my torus (blue arrow), I then sliced around the inner perimeter (orange arrow) and flatted out my map. This is what I was left with. 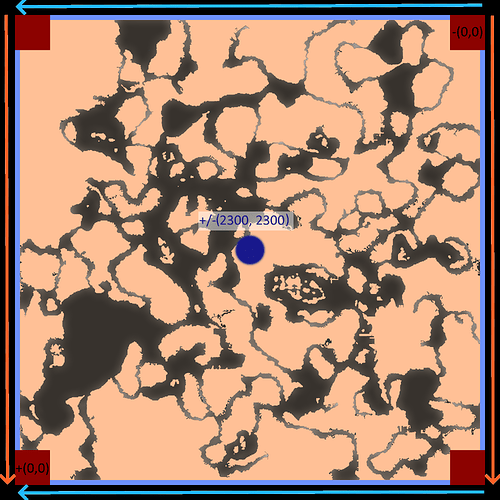 “North” or “South” are actually clockwise and counter clockwise, forever going around around the doughnut. Going “East” or “West” would send you into and out of the center of the doughnut for all of eternity!

Try it yourself! Start anywhere on your planet and walk 4607 blocks in any cardinal direction.You will end up standing in the exact same spot!!! Since you are on a doughnut the blocks on the outer edge must be stretched and the ones in the inner ring compressed!

I have no idea how they are manipulating the sky. When standing on the orange line you should be able to look up and see the other side of the inner ring.

(real talk though, wouldn’t it be cool if all the planets appeared as the doughnuts they are?)

Hey devs, I thought you all hadn’t released the Oortweed yet?

If anyone is curious why they plotted the 2D map onto a torus and not a globe, topology doesn’t really allow it. You would need to fold the corners back along the equator (red dotted line). The blue dot would be the north pole, red corners south pole. The edges near the equator are where it gets wonky mathematically. The points of the red dotted line would have to fold inside of themselves to allow for this to be plotted correctly, which doesn’t work! You can’t have 2 things in 1 space. 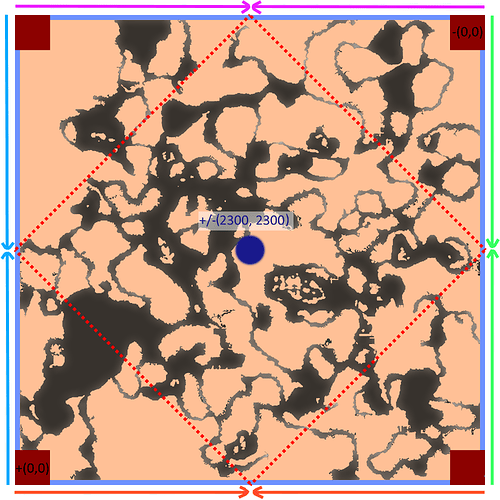 It is the Truth!

How big are the worlds? General

Technically speaking the worlds will be wrapped as tori. This is what happens when you take a plane and connect the right/left sides and top/bottom sides as pairs. With this wrapping you can walk north and arrive back at your starting point from the south, and walk east and arrive back from the west. To most players this will feel like a planet. But it will not have a single north or south pole. (A torus has a north and south circle - which is waaaay cooler.) A standard compass will work as e…

Uummm so why do it if the devs already said it is? Isn’t that proof enough? Thats like hearing your friends jumped off a bridge and died and you going yep I’m still jumping even though I saw them hit cement.

It’s okay. Not everyone has seen that or even remembers that post. So you posting this brings back up to the top for people to remember or learn something new. 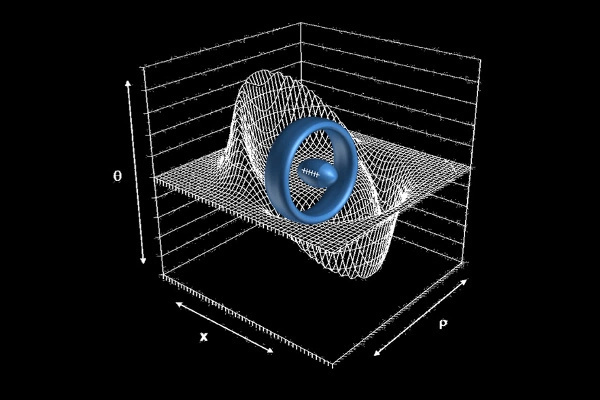 Really, technically, it’s not a torus but a tessellated 2-flat on an infinite plane. A torus would require a certain degree of deformation, or else some kind of warping in the time-space continuum to give it the illusion of non-warping. While the math would work with either explanation, the torus explanation involves all kinds of calculus and hard math. It’s a game. Who wants to do hard math just to play a game?

In short, the game Worlds are flat. Just like in real life.

The simpliest way to wrap a rectangular world is to make a torus. In torus world north and south directions not less adstract than east and west. 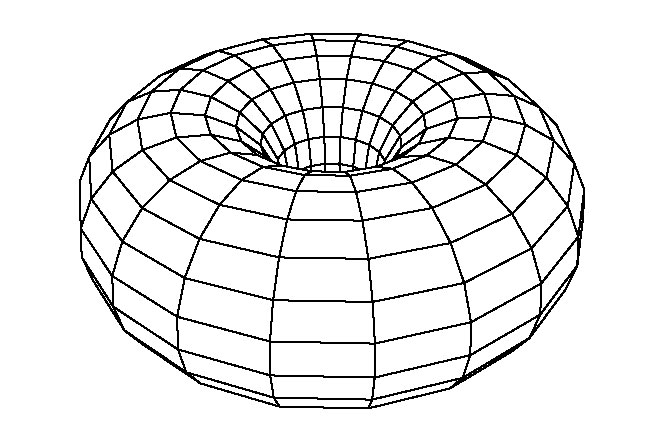 Heh yeah, I hadn’t seen his post before either. I had heard a couple people mention it, but I thought they might have just been joking.

A torus just happens to be the easiest way to map a 2D surface so that it gives a sense of roundness and is intuitive for the players. I would really like to play around on a Klein bottle to see how it feels.

Looks like James tested it a few years back, kind of wish I knew about the game then.

How big are the worlds? General

(Can you believe there is no :möbius: emoticon? Lame.)

Edit: Just for a fun example if a planet were mapped in a klein bottle configuration: 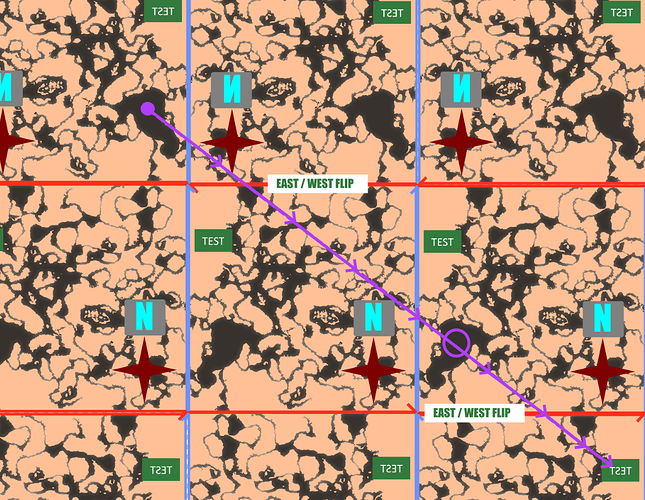 The solid purple dot is your base. You head off in a straight line.

After passing the first north/south splice you notice that east and west have switched positions on your compass. Other than that, everything seems normal. Until you run into your own base again (hollow purple circle). Everything is a mirror image of what it was when you left.

You find it odd, but continue onward. Once again, you cross over a splice and your compass flips directions before stopping at the TƧƎTmall.

If you mapped the same path on a single view of the map, you would end up with this confusing mess, when all you did was walk in a straight line! While walking along the green portions of the path(segments 3 & 4), everything is a mirror image. 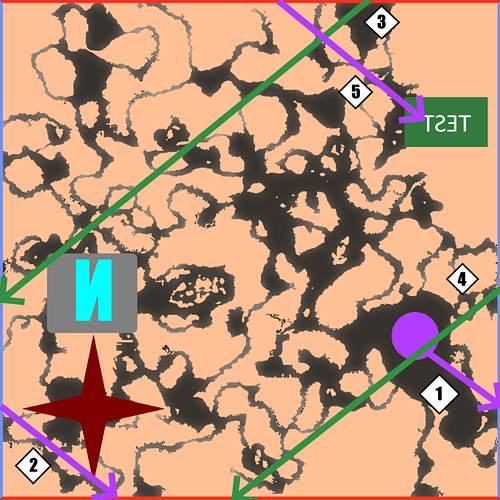