The doors will most likely be a similar recipe and take up a similar size to what we have now for doors. The only difference on them would appearance.

Poles I see taking up a single block in size per application of the pole. So that’s pretty easy to plan for IMO.

It’s unlikely we’ll get them though before 1.0.

And I’m a robot, so that’s no small feat.

We are going to have customisable characters for 1.0, including a choice of male or female character. Our existing ‘premade’ characters do include some that are intended to be female(the smaller purple and orange characters that wear a tank top) but more options are coming, don’t worry

(Now i can sleep in peace again. 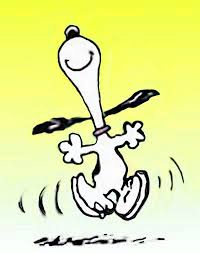 now only waiting for beards to be confirmed

Oh man do I want @jesshyland 's doors and whatever other wonderful things she makes.

@crypticworlds she may actually have them ready for 1.0. I believe I remember a quote stating they are trying to do that. I think they are needed. There are a thousand ways to build a house in this game. And only 1 door, no matter how elaborate the house is.

When James said only the Forge and new worlds will be ready, he mainly meant meta game changes, and content that hasn’t even been developed yet.

My guess is that the doors simply need to be tied in to recipes matching each door type. The assets are already in game and functional. It’s almost certain they will be a 1.0 feature, along with the poles and fences and many other decorative props we have seen screen shots of.

Poles/fences are unlikely for 1.0, there are assets, but it needs the system implemented to handle how the poles and fences need to join together dynamically in a way that can work for interaction in the world and physics. It’s designed technically (as in the technical aspects) but not likely to get allocated pre 1.0 I think

@crypticworlds she may actually have them ready for 1.0. I believe I remember a quote stating they are trying to do that. I think they are needed. There are a thousand ways to build a house in this game. And only 1 door, no matter how elaborate the house is.

When James said only the Forge and new worlds will be ready, he mainly meant meta game changes, and content that hasn’t even been developed yet.

So because some where on this site a developer said they might have them ready for 1.0 means they are needed for 1.0?

There could be a lot more valid reasons why they’re doing a product launch before a multitude of other features are implemented instead of waiting until they are in. One of those being budget and the other could be Square Enix (which shouldn’t matter either way). It doesn’t really matter what the reason is. We could be saying Titans need to be in 1.0 even though that makes zero sense. Same for Lances and that makes even less sense.

There’s no reason to say that doors and poles are any more important than any creature, item, block, color, crafting recipe, crafting station, world, weather effect, sound effect, etc. and should be in the 1.0 patch. We’re getting a new crafting station, new worlds, new skill trees, some balance tweaks, and a barrel of polish on top of all of it. I think that’s enough for a product launch.

I get that we’re a pretty greedy community when it comes to features or stuff for this game, but that doesn’t mean that any one of those things are more important than the other for a product launch when none of those things have even been mentioned to be in it. They have been, to my knowledge at least, always been something that was said they are working on or that they think might be possible. I think at this point for the product launch it’s better to plan any projects you have in Boundless based on definitive information rather than a possibility of something happening. If we get extra stuff for 1.0, we get it. That’s all we really can hope for.

Why do you crush my hopes? I’ve been an good boy all year, and you just basically told me Santa is dead.

Joking aside, I had assumed the poles and fences used some variation of the door placement logic for merging meshes. Thanks for the insight.

Why do you crush my hopes? I’ve been an good boy all year, and you just basically told me Santa is dead.

It is sorta understandable though

Lol I’m being melodramatic, really Santa is just going to deliver my gifts in the months following xmas. I’m cool with that, I get to sleep in on Christmas now.

Ps if they release in February, I’ll consider it a birthday present

I think most of us are happy it’s going live regardless how much stuff they get to implement it at first or not. There are things not mentioned in James announcement that have been discussed that are mentioned they will be in the 1.0.

Recently more character creation options was mentioned, for just one example. Nothing wrong with this thread. Their not demands, just reminders of things we definitely feel are needed.

Its not the visuals that is the problem, its the physics basicly, because the poles dont reach the edge of the voxel pieces, and depending on what fence pieces may or may not be adjacent, the physics of the pole itself has to change shape to account for the neighbouring fence which “visually” bleeds across the voxel boundary.

Completely understand why the fence option is too complicated for 1.0. What about the new door visuals. Do they fall along the same lines programmatically as the existing doors in that we could see them introduced as well to just give some additional visual options for 1.0?

I believe @jesshyland already posted confirming the new doors for 1.0 (the next release to be more specific)

Thanks @lucadeltodecso , as somebody with next to no experience with programming, insights like this help me truely apreciate the amount of effort that goes into designing any single feature of a game. It’s crazy to me how many obstacles need to be overcome for all the things we take for granted!

Really though, I’m pretty stoked about the doors!

For the record Zina… I want everything we can possibly think up for stuff to put in Boundless. There just needs to be a line drawn in the sand on when things get released into the game.

I am a pretty greedy Boundless player. I’ll never be satisfied with how many features, pieces of content, number of crafting recipes, how many blocks and items we have, number of creatures we can kill, etc. I will always want more no matter what.

I would like to see colored glass and the possibility of their transformation. And of course, interactions with water)