Ability to view beacon plots disappears, and treats beacon like it's in the wild, unplotted

I’m currently in the middle of working on a very long build. At this point, it’s 220 plots in length, and I have a good bit more planned. (Telling you this information in case it’s important.)

At some point, I reached the Village of Quien. (Solum) and had to build around it. I went a few plots away and continued southward, but at some point I seem to cross some, “threshold” and I stop being able to view my own plots. Not only that, but when I’m standing in my plot – at least, where I saw it was before crossing the threshold – it behaves exactly as if it is the wild, and unplotted.

I can give you a visual.

I took a screenshot after I crossed the threshold the moment before the plots disappeared, and a second one after they did. 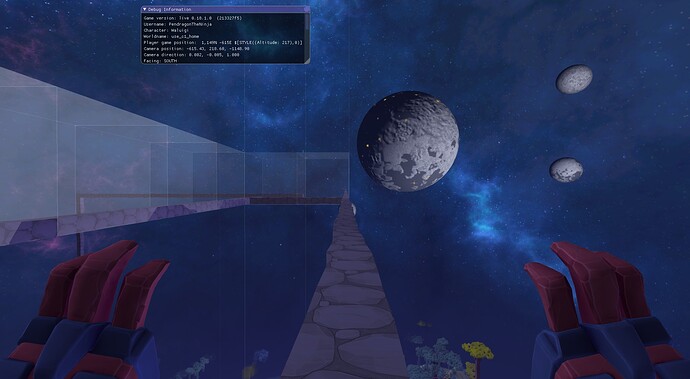 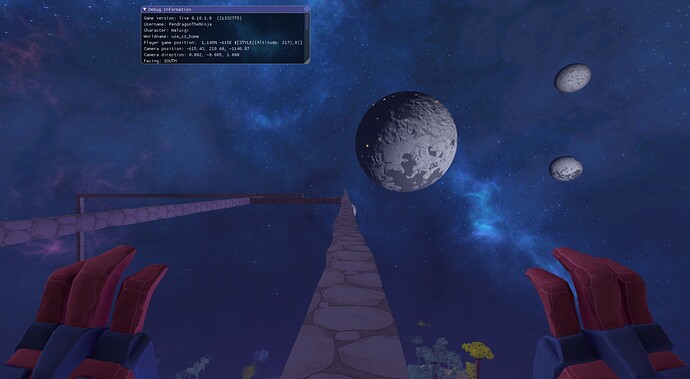 I continued adding invisible plots to my land for a bit after – hoping they would return again – but they never did. I’m worried about my plots disappearing for good, since after you cross the threshold, it completely appears as if my beacon is unplotted and the land can be used by anyone.

I see you’re also very high up as well… I’ve heard of bugs with plots appearing to be wild when they are actually plotted far far below, like underground or near lava maybe.
Might want to double check

[edit]
Oh, I didn’t see the last bit of text there, did you have any lag around the time you were placing those plots? connection problems at all?

[edit 2]
Could it even be the new road detecting algorithm?

You should only need 1 beacon.

I’ve tested the visualisation with a beacon that looped around a world.

There is likely a bug.

We will checkout the location.

2 Likes
Is there something keeping me from building a bridge across an entire world?
PendragonTheNinja April 7, 2018, 1:28pm #6

This beacon will also wrap around the world. It won’t be as ugly as it currently looks. I had to start somewhere in order to plot it.

So it’s not a troll or griefer build, in case you were worried.

It seems that the world also didn’t regenerate in the areas with the invisible plots. Also, I can’t delete plots in the invisible plots, but I can add more to the ends of them. It’s very odd. This whole situation is very unfortunate however… I lost a few smart stacks of Sedimentary stone due to regeneration, which isn’t that huge of a deal… but I just hope someone can check this bug out sooner rather than later.