Another Testing Friday is coming up! Woooo! Who's excited?

Most of the time Testing releases are done on a Friday, usually in the evening so after the overall quietness and suddenly some teases from @rossstephens I kinda feel we might be getting one today!

Time for a hype train?

What ya think they gonna do?

They’ve shown us new sign image types, am still eagerly awaiting that ehmm, ehmm, show case item they talked about with which you can place objects on tables. Would they’ve made some changes all hush hush to combat and we are getting the teased shields with the lances (that have been in the game files since it’s official release I believe). The Warp Wraith perhaps? Hunting us down on our own rental planets?

The teased overhaul of crafting where we can set up machines to auto craft a selected recipe once we throw in enough mats? Perhaps @dave has extended the Lua API and did more work on Creative Mode. And @lucadeltodecso might have finished most of the code to get rental planets to work! And heck, of course the newer and better Creative Mode as a rentable!?

Furniture? Ladders? More items to make our builds look nice from the inside.

Some new blocks? Ones we’ve never even thought of wanting but after they show them we all desperately need them.

Or, or, photo mode and we can use the images in-game? Or we can upload images for use on signs.

Heck, perhaps they added a modular ‘sticker’ item that works like glass signs but are invisible and we can add all kinds of images to them, including ones we uploaded (more detailing of builds!!!). We can even make rugs with these!

Blueprints? Tho I kinda do think that will take some time and haven’t heard anything from anyone that they’ve started to work on it already, but it would be lovely.

Of course, there are also a gazillion things I would love to see with some of the bigger things absolutely something more for the hunters among us. What I mean is a dungeon like thing which can randomly pop up somewhere which we can solo but if you do it with more the rewards are better. And of course Titans and some of the other new creatures!

One thing that is super duper high on my wishlist is more blocks and items with which we can make our own interactive content, a lock that only shows for people with perms but is otherwise invisible and we can add some simple rules to them for what people it opens (is member of guild x? has item yy in inventory? etc.). Those invisible locks can also turn any block into a door. Which reminds me, I want sliding doors one day as well! Of any size, big garage door like things for my super secret base for instance.

But of course I also am hoping to hear something about rental planets. Not sure if they need to do a Testing for that, tho that depends of course if they added anything in game to let us create them. And of course to test perms I suppose…

So much stuff they’ve already talked about here in this post and some of the things I would love them to release quick’ish, hehe

What are you hoping for for tonight’s Testing?

And you are the appointed person to tell me EVERYTHING.

This is what happens when Aenea looks at a normal wishlist

Just kidding, I’d love to get all of those things and more! Fingers crossed that you’re right about there being an upcoming testing release!

And you are the appointed person to tell me EVERYTHING.

Sadly there’s nothing to tell, I don’t know anything, haven’t heard any juicy tidbits from other players or from James, seems to be very hush hush, hoping for a big surprise with which they wow us!

and scroll on the interwebs. With al that Oortian magic and mumble jumbo (no don’t mean the store

So i made you yes

@AeneaGames my appointed information station.
If any dev tells us something you will tell it to me. Only your words are acceptable.

All in good fun to pass the time

haven’t heard any juicy tidbits from other players

Well i have read something today about a testing. I think it was @AeneaGames who wrote about it. Let me check.

Sorry just had to 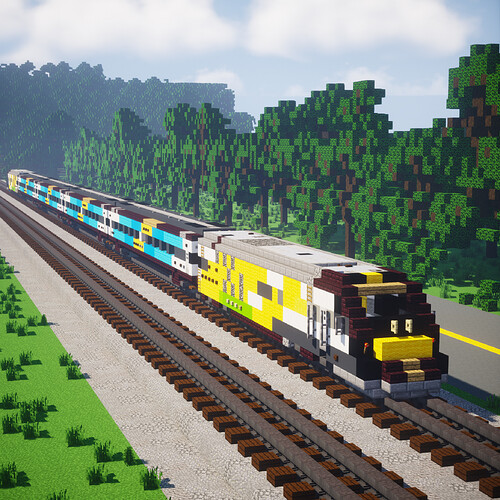 All aboard the hype train!

That would even be cool to build a version of i think.

I thought the same thing actually, with chiseling of course!

When I was googling saw some pretty neat ones!

So we should offer gifts & bribes to the great Boundless powers-that-be?

You can share the chicken, I will take the briefcase!

forget about the update for some time

Yup, there’s something in the air!

This thread is funny XD

Can I bribe the devs with some gray-t puns?