This was left over from my latest vid:

USE AT YOUR OWN RISK!!! the leaves will prevent fall damage but only if you land on them =P 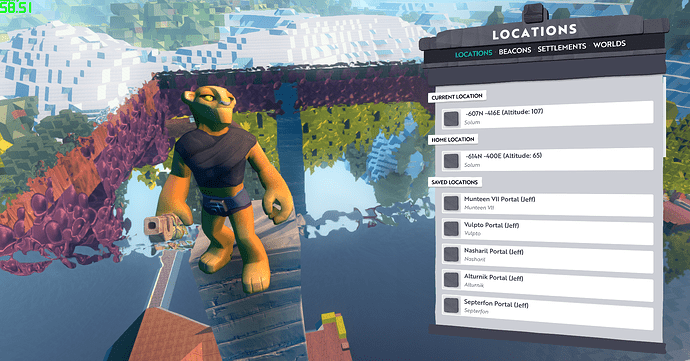 btw this is the largest portal possible currently @ 10x10

Here are some beautified version of my notes compliments of @Dzchan94

Minimum conduits needed by # of jumps 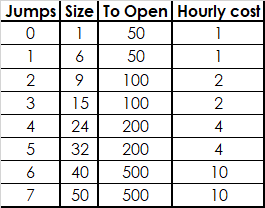 Love having you back making videos @Jiivita.

Also, @Jiivita’s portal should be a nice place to get those ‘travel through X amount of portals’ feats, and some easy experience for those of you who haven’t already.

How fast does a portal that size eat shards?

That’s too prohibitive ><. 10x as much as a 1-hop portal? Hmmn. My spaced hyper-hub may not be such a good idea after all. Ahh well, back to the drawing board.

Love having you back making videos @Jiivita.

I just finished claiming (sans a single plot that I claimed around and am attempting to negotiate with the owner to trade) a full ring (4,608 x 8 blocks, or 576 plots) around Epsilo. I had also noticed that the “welcome to x” messages only play within an 8 plot radius of portals (and the same goes for the loading, at least horizontally… unsure about vertically). Because of this, sets of 3-4 portals with at least 16 plots in between sets should theoretically cause no major lag for anyone. I was thinking of doing sets of three portals spaced like this, one for each “zone” (one ring world, homeworld and moon) for a total of four sets.

Unfortunately Epsilo is… prohibitively expensive to portal to, say, Andoweem from (or vice versa) so it’s more likely that I’ll be doing a vertical setup with leaves and falls on Vulpto, where the greatest portal-fuel cost will be 4/hour for a total of 504/day for all portals. I will of course link my ring on Epsilo up to this when I eventually make it.

Is that 50 oort shards to open and 1 per hour? Is the first hour part of the open cost?