I know this has been mentioned before at some point, but I felt like it’s an even more relevant topic with the introduction of exoworlds. One thing that I noticed is unless you get to the T7, T8 exoworlds in the first day or two, you pretty much miss out on getting a decent amount of the special blocks. The atlas shows there are still hotspots around but navigating the swiss cheese planet seemed almost a waste of time trying to find those last blocks that were missed by people before you.

What if we could forge an atlas to help us locate those last few seams in the hotspots? Getting too specific and pointing N/S/E/W might be too difficult, but how hard would it be to implement something that basically told you to increase or decrease altitude if you’re within say 10 blocks of a seam?

Adding this feature could give players without AoE tools a chance to find seams here and there in areas previously decimated by AoE tools, giving it a cave exploration type feel. Because I know i’ve definitely made a cave or two during my mining trips by going full sprinkler.

Forging atlases could be expanded to magnet and glow as well, making them valuable offhands. Atlas shops could sell forged versions of completed atlases, another addition to the economy. What do you guys think?

No going to lie this is what I pictured after reading this. I do like the idea but had to share… 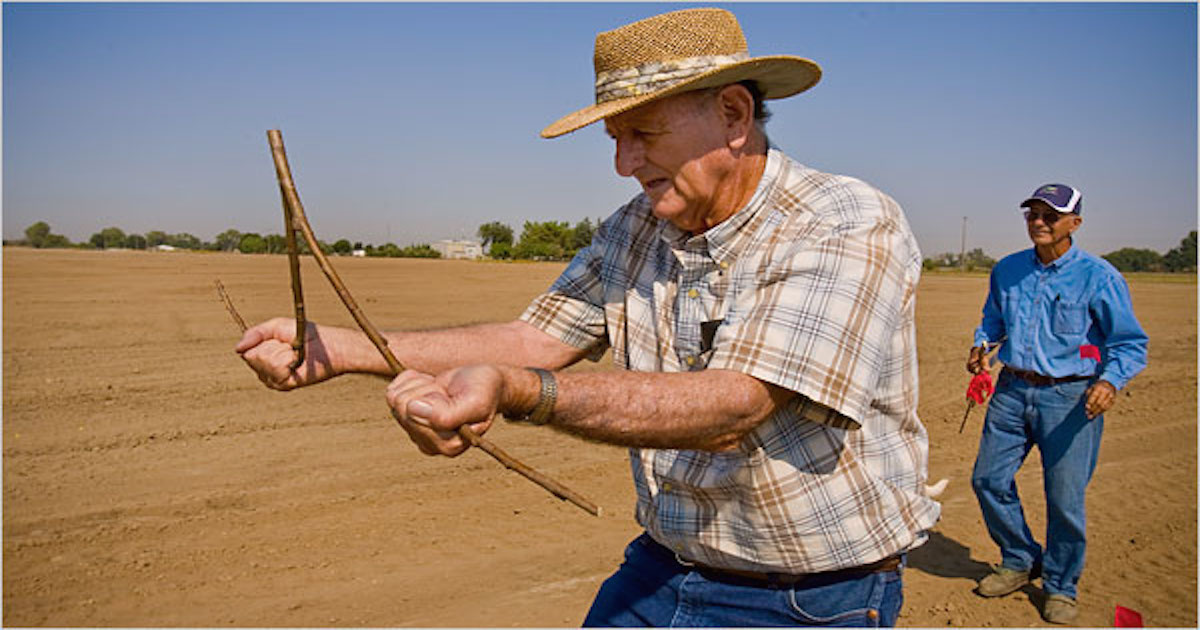 Short of just handing out exact locations is to much IMO. Forged tools are at lowest ever and new players dont exactly have Umbris Rift or Blink on their immediate to do list. I was late to an exo world and still managed a mass craft plus all the goodies the previous miners left behind. If I was new I would be happy just to get to an exo world and salvage free coal and other metals.

You leave my water sticks alone , ya hear!

new players dont exactly have Umbris Rift or Blink on their immediate to do list.

I agree, but newer players could also used a forged atlas on say serpensarindi to get their first set of diamonds. Forged tools and just going crazy would always be a better option though. Maybe even put a delay time on displaying the extra info to help find the right altitude so it doesn’t make AoE mining even easier than it is.

The current timer does seem a bit long, 2 may be too short though. I think 3 and a half days would be better.

The current timer does seem a bit long, 2 may be too short though. I think 3 and a half days would be better.

Reason i suggested 2 is most often times resources are hit quite rapidly within the first day. By day 2 most hotstpos are mined out ect…

Yeah, I’d vote for this. The only downside would be possibly people who are away for just a couple days missing the chance to go if the planet has blocks in colors they want - those of course are plentiful - but those could be bought from others. And quicker refresh would mean more chances for different color blocks too.

A couple shots from the last hours of vandar: 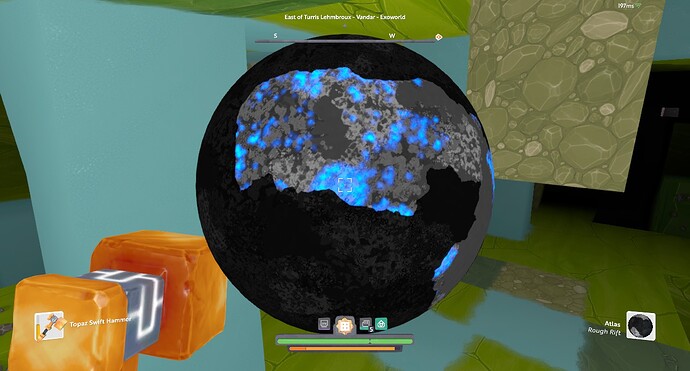 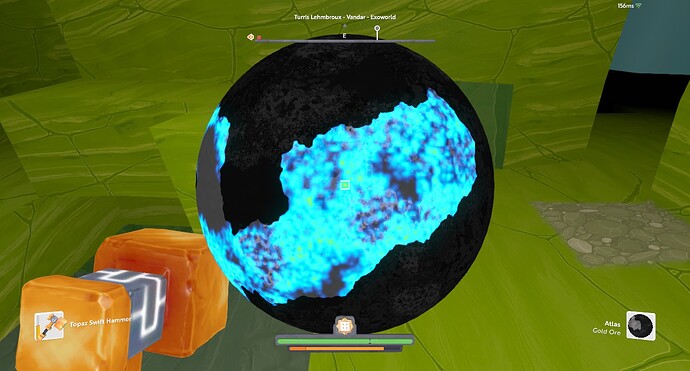 The place was nowhere near mined out. the rift was very scattered for sure but also, for those that worry about the cost of digging through a t7,after the first 2 days you could probably be more efficient with a good shovel and a single shot hammer.

Just grappling around through the leftover honeycomb you could sometimes spot exposed rift.

I mean, I’m adding this here because I didn’t expect it at all and I doubt many players realize that there was probably MORE opportunity for a low budget player as time went along.

Yea I was mining in honeycomb caves and managed to get 2 mass crafts. Was like mining for amethyst

I mined for 20-30 mins in one of those hotspots at varying altitudes where rift spawns and came away with 1 rift seam lol. A guildie had similar results. But obviously We must have both had bad luck if @FireAngelDth came out with 2 mass craft in the later life of the exoworld. Small sample size of course in my case.

I’ll have to try my luck again next T7.

What altitude were you at? And I made sure to see the blue go away on my atlas in an area so I was going up in down in each section. My range was 16-45 on altitude

I was about the same altitude as you i think. Maybe not quite 16. I might’ve stopped around 18

You were too low. Sweet spot is actually 25-30 from my experience. And @Simoyd put this data out from the t7 that was on the test server before exos went live

I obliterated 25-30 lol. I went lower looking for the spawns that wouldnt clear my atlas thinking there were some below. I likely just had bad luck

well sorry you had bad luck.

Oh no lol i was mostly 25-40ish but i went lower or higher also looking for them. Even took out good 10x10 chunks of blocks where my atlas showed rift and nothing lol. Eventually i said im wasting my hammers and left

Atlas devices should NOT show something as a hot spot if it doesn’t have resources. It should go cold then based on overall distribution amounts.

I also don’t think we should have more tools to identify exact locations of items. We are already having people taking huge advantages to techniques to get more data than they should be allowed to have access to so they can determine where things are and end up getting more resources over other people. Those gaps should be closed - resources should be searched for constantly…

Lastly, Exo planets aren’t going away… so people can get to a new planet and gain resources. At some point the saturation of players trying to get all the items first will cut down because they don’t need as much. Just like now we can get gems more easily because there is less demand.

The only thing I want forged into an atlas is light n magnet. Make it only work on the corresponding planet too

The only thing I want forged into an atlas is light n magnet. Make it only work on the corresponding planet too

I’d take this if nothing else