Foom new sport in the universe

Can I donate you 900 oort shards? I’d love to support this.

must bounce bomb off wall.

I agree this would make it way more strategic

Are you going to be interested in participating in the inagular tournament as Digby put it?
We would be happy to have you participate.

when is the event?

@Orrian We are thinking about that, Since it’s a “mini tournament” maybe next weekend, I am not sure yet what will be decided.

I really liked the idea, soon New Caprica, will have an equal stadium, for future tournaments

I want to participate, what day is it?

We will post that info ones the boss decides it, probably in a week or two, we want to give you guys time to practice a little.

If you want to donate any oort for the prize I think it will be best to contact Digby about it.

Or just put them right in our donation request basket in Stars hollow in our hub, and we will put a sign up with all the people that donated, I believe Digby put directions to Stars hollow in the thread on top
at the moment we are not asking for donations but you are welcome to donate, we will only be excepting oort shards for this “mini tournament”

Make sure you let us know if you do donate so you can be recognized as a donator.

Looks fun! Hope it catches on and we get different arenas! Hehe

Okay, so first off - thank you ALL for the overwhelming support and enthusiasm, the game is really insanely fun and we would love to see it catch on! And to address a couple of points raised in this (which I honestly hadn’t considered)… while teams of two are preferable, single player works just fine and the inaugural tourney this week will most likely be a 1 v. 1 event (depends on the turnout). I do have a rough idea of a day and time for it, I hope it will work for as many competitors as possible, stay tuned tomorrow for an announcement on that. And I absolutely love the idea of a mandatory wall bounce for each shot, I’m not sure it would work as bombs explode on contact with the other player if they are in the way, and the game is actually so hectic I don’t think it would be fair to judge good shots from bad. I absoloutely encourage wall shots as a tactic though, that’s what makes it so fun to play! I am sure as we go along, play, and learn the game the rules and tactics will evolve along with it. I already have a rough day and time in mind for next week to hold an actual tourney, I hope it works out for as many of you as possible and thank you again for wanting to play and I hope to see you there!

If I can win dodge bombs, then I can win Foom… right?

Yes probably depends on your luck.

The first match will be more of a fun and friendly match, at least that is the way I see it,
Since the price will on smaller size of the spectrum, I don’t think people will be participating for the prize but more to try out Foom in a tournament type of setting.

It will be much sooner than I expect.
When it’s announced the title will be changed so people will know.

UPDATE - The very first tournament will be a 1v1 elimination tournament, beginning at 8:00pm EST this Wednesday (unforged, non-augmented copper bombs only please). Starberry energy foodstuffs are both allowed and recommended, but not necessary. You can reach the event directly via “the crucible” portal in the DK Mall hub (lower level, directly below the Stars Hollow portal), or make your way to Stars Hollow via one of our many portals mentioned below. All are welcome to compete, first prize will be a stack of oort shards to the winner, and we hope to see you there Wednesday night! 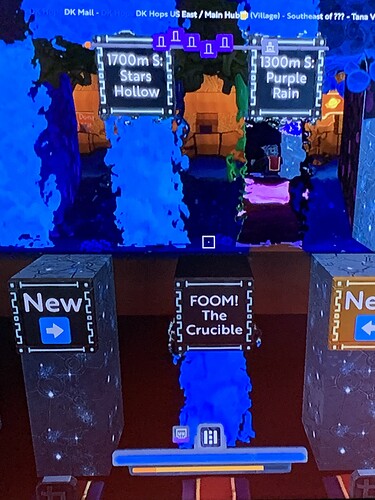 It could be made larger in the future I presume

Oh what the hey. Sign me up to win please.