I’ve done a few batches of research crops and have made some discoveries!

When planting goo on to gleam, it appears that the resulting plant has about an 80% chance of moving towards the color of gleam in steps of up to 13 ΔE. ΔE just being a measurement of how far apart two colors are. 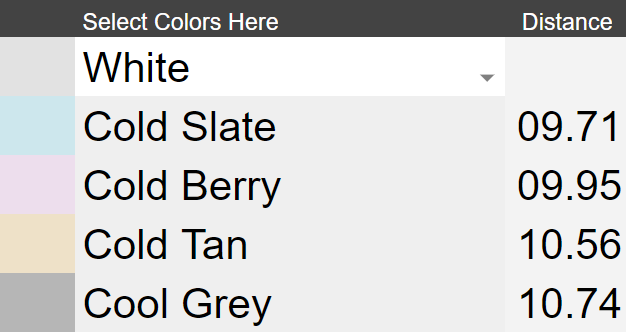 This means that if you were to plant a crop of all Cool Grey in to White gleam, you could expect about 80% of them to mutate in to White.

Further, it appears that there is around a 1.5% chance that your goo will mutate in a random direction, out to a similar distance, however, There were a few instances of mutations occurring out to around 22.5 ΔE. I have some, un-scientific, evidence that there may not be a limit to how far a color can mutate in this way, but the amounts of goo that do so are limited. About 18.5 % appear to refuse to mutate.

It’s possible that all of the goo that doesn’t mutate as part of the 80% tries to spread itself across the rest of the spectrum by inverse weighting on ΔE, so since no mutation is 0 ΔE, it might weight that more.

To that end, I’ve added a Mutate tab to the Color Mixer that allows you to select the gleam color of your choice, and to get an ordered list of goo colors that have less than 13 ΔE from it, meaning that you have a high chance of ending up with the gleam color in goo.

I’d love it if people could try it out and let me know when things don’t go as planned, as more data allows things to become more reliable.

Goo has a 20% chance of randomly mutating “1 step” in any direction when planted on rock.

Goo mutates “1 step” towards the gleam it is planted on, then 20% will further randomly mutate “1 step” from that colour.

I’ll see if I can find the dev post that describes the algorithm for you.

Ah ok found it in one of your thread so I’m sure you’re aware of it, lol.

for the goo mutation step, a graph has been generated that links all the colours together in a somewhat sensible way, and it steps through that graph to whichever neighbour is closest to the target than the current colour is; the random mutation then kicks in to sometimes also step it 1 neighbour in any direction. the graph is generated by starting from each of the 255 colours, and evaluating for all the other 254 colours which of the 254 remaining colours in closest to the current colour, whil…

Yeah, but getting down the exact numbers for the part that takes the step is super helpful. The next thing I want to do is to be able to predict what that step will be if the two colors aren’t within a step of one another.

It all comes down to trying to find how big a “step” is, and it seems to be within that 13 points of ΔE.

I just checked out the new features you’ve added to the mixer and they are great. This is what I was manually doing myself using the table “sort” function to find the closest colours so it’s nice having this all automated.

One thing I have done with the old version to help me make mixing easier is I have created a set of A vs B plots for each of the L groupings (eg Dark/Strong or deep/hot/silk/oxide and so on) onto these I plot the result you have calculated with the mixer so I can visually see what I am doing it, this has made mixing far easier for me. 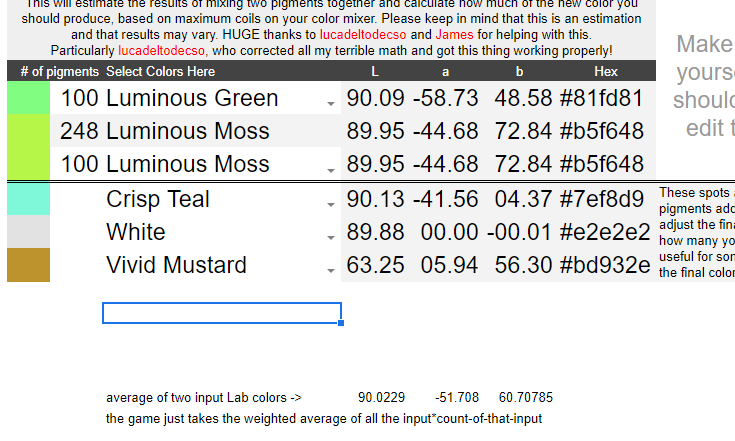 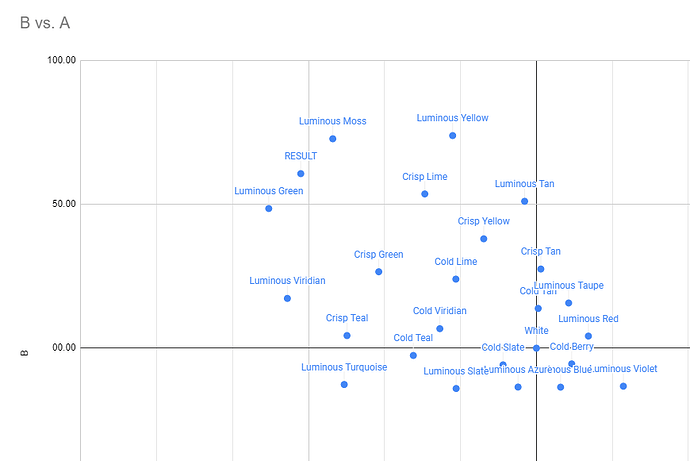 You’re far smarter than I am at spreadsheets so maybe you could incorporate something like this that is a bit more user friendly than what I have done. I’m sure it would help people an awful lot.

Given the new sandbox you might be able to write a few scripts to test this theory a lot quicker than doing it manually. Granted, it sounds semi complicated

You are fantastic, will definitely try this out.

try to build a realy big goo farm… if u want i can give u my results (numbers, not goo xd)

cause i know about the layouts, but i dont know how to sort the colors without deconstruct everything 3 times until its usefull…

does anyone have infos about a actual color number list?

ive found a list here in forum but it doesnt seems actual, cause i missed a color n number a few exos ago… and its a lot of work… so i wont start until i have every info that i need…
(3 times deconstruct reason)

does anybody have infos about what color shade card wonderstruck used to create this stuff…
is it any english color system that i dont know?
or created them their own?

So this is what I know about goo (not much)

To get white paint you put goo that is close to white on white gleam. Cold berry is a good one. We need a good exo for the ideal colors of goo.

This google sheet shows info about color mixing. I have no idea what it means (hyperbole) but it has to do with paint making.

Mixer 50,This will estimate the results of mixing two pigments together and calculate how much of the new color you should produce, based on maximum coils on your color mixer. Please keep in mind that this is an estimation and that results may vary....

ok thx i got a lot of goo from the last exos…
have to take a look in a few hours, which colors i can use 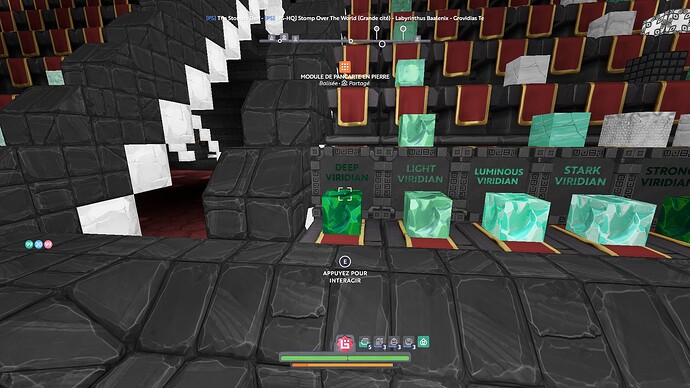 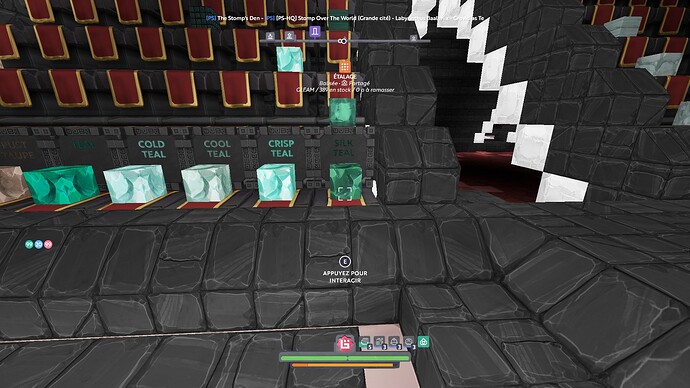 @james how did you get the french color name translation ? Teal should be “Sarcelle” ou “Bleu Sarcelle”

Professionally. (But we’ll not be working with them again after the v. poor quality German translation.)

And we’re aware some of the colour translations are bad and even duplicates!!

I think we do have some corrections that need to be merged in.

Obviously happy to receive any other improvements from a native speaker.