I have been walled off at DK Mall Tana

Still waiting on a reply from devs, but it is the weekend and I hope they don’t work 7 days a week.

Not looking to start a forum flame war here but I do want people to see what was done. There were not walls there previously. The owner of the walls refused to put openings to match my preexisting openings, and obviously I can’t force everyone in the portal hub to move their portals to accommodate these new walls and doors. Well I could, but I don’t believe in playing that way.

No need to post opinions here and start a flame war, and no need for explanations from the person who built the wall, since they refused to work together to figure out a compromise of any kind and ruled out discussion or debate. I didn’t ask them to take the wall down, I just wanted them to put openings for my doorways and to the TNT monolith, and they basically told me “tough. Deal with it, move your doorways” (which I can’t because of portals and builds). I’m not posting looking for sympathy or for people to take sides either, though I appreciate either or both; I just want people to observe. You are welcome to be friends with both me and the wall builder.

Yes me and this individual were friends. This move caught me completely off guard, as did his brusque refusal to even talk about some sort of compromise to work together. Needless to say we are no longer friends. I am sad about this.

Probably the most recognizable way to get to DK Mall is from TNT, it is the Tana portal. But don’t go through the back side of the TNT Tana portal, as it has been walled off from the city too.

The three temporary street crossing portals were not there originally (neon green signs). I put them in today so I and others can still cross the street and access one part of my build from another part of my build.
Don’t worry I am not moving my mall or ragequitting. People are depending on me and I would never let them down like that.

Come see what was done and form your own opinions.

any questions please feel free to private message me 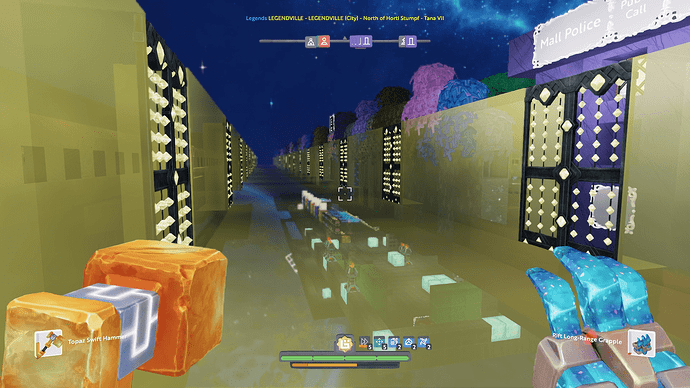 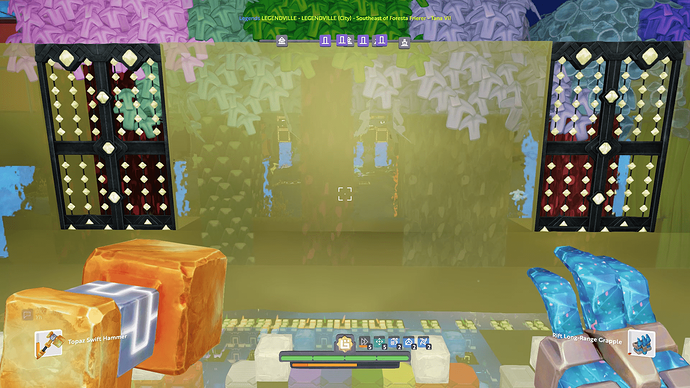 So, to explain this, these yellow glass walls are built to have each door at equal distance from eachother, which might (and in this case, does) contradict with pre-existing adjacent builds’ entrances.
Is that correct?

hopefully the peeps concerned will be able to talk to each other and work something out.

I don’t understand all of the glass halls.

Yes exactly. The doors may or may not coincide with preexisting builds.

Hi DK, we have a number of reports that we need to look into but as you have said it is the weekend and we do not work on the weekends (well at least try to!)

Most of us are back in the studio tomorrow and will begin to look through the flags ASAP.

In case anyone doesn’t know this we look through every report on a case by case basis so we can be as fair as possible.

We do appreciate your patience

I hope you can have this resolved peacefully. Plus, you’re quite a nice guy, DK, I see no reason why this wouldn’t work out well. Good luck!

… i dont understand, doors are opened, you can roam freely everywhere
those doors are in the middle of every plot, those are symetrical glass cages

It would be fine if the city had been like that originally. It’s not even a bad idea!

Also he wants any existing builds in the city to reduce their size to 3x3 only or he will lock their doors. But that’s a whole other story. For anyone affected by this please contact me if you want help; I will set you up with either a spot in my mall or a portal in my lobby (I will pay the Oort for you)

ah, shuttle… sorry i didnt noticed it earlier >.<
it got locked between walls…

How about the area at the shuttle the front that connects to dk legendville mall and the portals gets opened up since u were there to build first and it got closed without any communication towards those that build there and I find lack of communication disturbing!
So it would only be fair to remove the glass there or even give you that line of plots that connects you and dk legendville mall

Just a reminder. I would love to answer any questions you have! I wont discuss drama on the public forums but if you wish to hear both sides of any of the details about any of the ideas brought up here please just ask! These changes were in no way directed at any individual! & Prior warning about the changes was given one month before implementation.

I don’t want to get into a back and forth but I was given zero warning about the move to delta and zero warning about walls and doors. I was told in early January that the floors were being redone in new glass. I figured I might not like the color choice but obviously that’s not a big deal. I wasn’t expecting walls, especially since when I first bought the mall the first thing I did was take down the wall the prior mall owner had built, and was told how nice that was of me.

We appreciate all the work that you and the others do for us. Thank you. 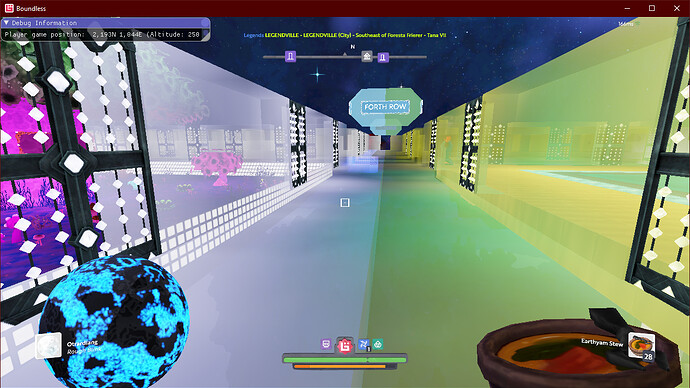 Weird he did it to the whole city.

EDIT: Spent a little while wandering around Legendville. It’s strange and feels like you’re in a prison. I didn’t find any locked doors but even areas that meet the posted rules are walled and doored in , as someone else said it’s very claustrophobic.

The main hub is totally dead and only offers small portals. 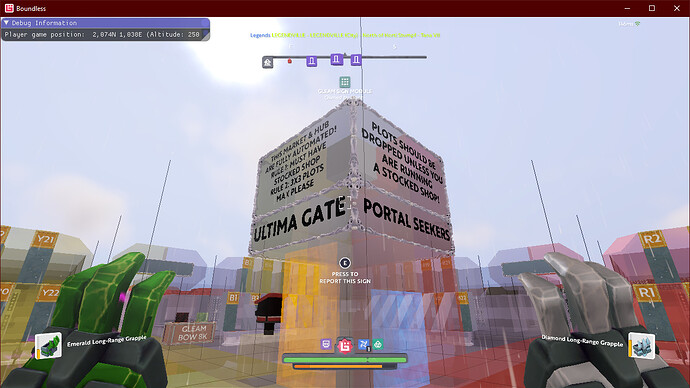 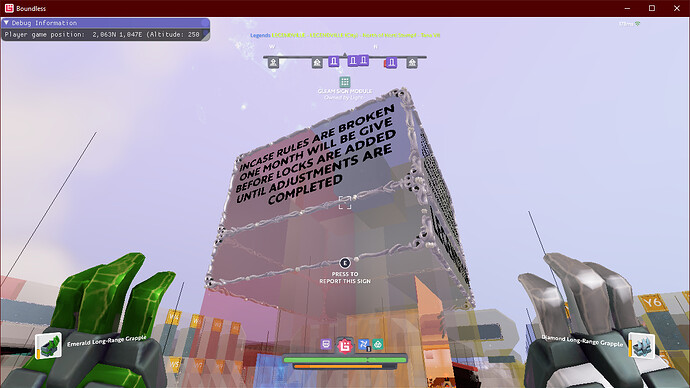 IMO this is not a pleasant environment I wonder if it will just fade away.

i personally like the idea of an enclosed mall. and prison style like hmmm i think everyone has its own creative ways of making something work, as for the rule breaking and locking doors im totally against that since the players cannot build above sky limit and only 1 plot is permitted in height i dont see a rule breaking issue compared to other malls, unless you want people to build how you want it to be build then this is the wrong game to play,here you cannot play GOD and make up rules and tell people how to do it how you want it. unless you make a pre made mall with pre made shops! as for the walls why does this have to be taken to a dev when such childish behaviour can be solved with a good communication between both parties and both are good friends of mine and i dont take sides, but is this not going a bit to far? how about u sit down with /sit and communicate about how this is going to be solved instead of pointing to each others direction “but he!” come on guys! SOLVE IT!

i personally like the idea of an enclosed mall. and prison style

Yeah after exploring legendville I don’t really see this as an attempt to wall out the mall so much as a neighbor who decided to do some landscaping that you don’t like. It’s definitely a big change to all of legendville.

It’s encouraging to hear that some people like the style I’m curious how it will play out. If people build shops and give deals the scanner will bring traffic, even if it discourages walking around and window shopping.