If you could pick just one thing

I only need @yota telescope

So i was thinking about this the other day and i saw someone talk about taming pets, and that idea just struck me. i love the idea of taming some of the monsters that i do nothing but kill otherwise! maybe with a separate skill system for them too. like a pet can be a Gatherer, Mount, or Fighter, perhaps? im open to suggestions on this. Each race of monster could have different abilities in each of the roles, with standardized skills to improve them.
for instance, in the Mount category, maybe Cuttletrunks could glide (because we’re heavy? otherwise crawling with the tentacles or something), Wildstock could have a small inventory of their own, Roadrunners could sprint (or gallop?), maybe Spitters could swim faster or something,and Hoppers could leap up several blocks.
i think this could be really fun, because it would encourage players to travel all over looking not only for different monsters, but also for the right color and head shape etc etc, plus we could bring some utility from them

ooh, maybe as we level them up their tier changes to match? anyone else have thoughts on this?

Cause I would be so happy if Pvp is confirmed (with safe zones of course, I’m not a maniac)

Finally here’s the latest glimpse of the ‘Pole System’ that @Minyi has been busy visualising through her concept work. In particular she has been looking at connecting different widths with the hope that you will be able to walk through some and not through others.

An idea for these poles, if they could be made 100% modular by having a design for each material, but not a single set in stone pattern. Instead of only being wood and stone, it could be wood and copper. So not only is it modular in parts, it’s modular in colours as well.

My idea was another machine to deal with these modular parts, where you select the base material, then the trim/filigree, and then need to put enough of each in to make one.

It could get a little tedious, but I think it’d be worth it to have 100% modular items like that. (Obviously not applicable to every item, only certain decorations was my idea)

Wait, there will be no pvp worlds? O.o

And this was @Faelan 's answer regarding the post above:

They are planned. As to release time frame, none yet.

Thus I consider them as confirmed.

Cause I would be so happy if Pvp is confirmed

Yeah, we are all with you

Ok here goes one idea I’ve had after the revamped objectives system and the need proposed for automated machines.

Just as it’s been mentioned before, about the importance of guilds, capital cities and towns, community and solo play, players who play constantly and those who take extended breaks. I think I’ve come with an idea that should help better the overall experience of every player. Quests given by players

I don’t know how hard it will be to code or implement, or if it can take advantage of the current objective system in the test version. But what it basically proposes is players taking request from players to gather certain resources for certain rewards (coins, resources, etc) initially I would limit it to a trade of resources, but if simplicity and game allows, maybe also include services like building, tame or hunting, etc. It could also allow for specific access to a beacon to be fueled with the quest system.

It will help solo players to achieve more with their resources, and players taking a break, not falling behind, as they have other players doing some progress under certain confusions for them.

It will help towns, cities and guilds. By increasing interest in going daily or weekly in search of not only new merchandise or builds, but also quests. Also allowing for more foot fall to enter their pockets. Making it easier to develop new expansions, portals and so on.

The guilds and cities offering the best quests will be flooded by players willing to take them.

It will also allow for a system to track contribution to a guild and to basically eliminate the necessity of someone managing the storage daily and having possibilities of griefing. As the quest system works as a middle man, possibly awarding points inside the guild, making for an easy to track system in terms of scaling up the ranks.

I’ve gone deep into the topic. But I’ve never seen a game with an implemented quest system. And I think it could be a nice addition. Sorry if I’m not understanding the complications that it is to implement.

Edit: I think they could work with a quest token, similar to a portal token. There would be a sort of different plinth with those in there. You’ll have to return the quest token and the request in said plinth to obtain your reward. Credit to @Xanotos for the idea.

Aditionaly the central guild could give special event quests that any guild could take on request and complete, for limited rewards. Like a special marked block to keep in the hall of the city or guild, etc. Credit to @UmbraVictus

this could work really well with a crafting table or a plinth specifically for making “quest” items.

then the plinth could hold the quest flyer, and someone could come up and claim it.
then they would go out and gather, and drop the resources in the plinth, and the flyer would turn into the reward! easy peesy.

maybe this could be a purple clothed plinth? a quest plinth haha
and perhaps it could hold more than one quest flyer, that way you don’t need a bunch all over your store, and people could browse the quests you want done, and pick and choose what they think is worth it/ what they want to do.

of course, if they receive coins from finishing your quest, and they turn it in at your quest plinth, which is already located in your store…

EDIT2: also, maybe the questing plinth would need charged with Spark, to make it a bit more balanced?

EDIT3: ive gone and gotten myself all hyped up for this now. this is an awesome idea @Dzchan94

Buying plinths kind of do this already for resources.

true, but a quest type system as described here has its merits as well. for those who dont play everyday and dont want to fall behind in a rapidly shifting player economy this would be a massive boon. its also helpful to those waiting several hours for their refinery queues to finish haha. it could provide something extra to do, to fill time. and i agree with @Dzchan94’s original thought, this would help increase foot traffic in cities.

Plus you guys would get to brag about Player driven quests, what other game has that?

We could also just expand via plinths as you said. I remember @SilberB mentioning trading plinths, where you traded said resource for another resource instead of coins. You’ll have to power that special plinth or pay running costs with coin, so it doesn’t offer an unfair advantage above the rest. Further expanding into it, will create the sensation of questing. We don’t have to do it through objectives frame work. Again, I don’t know how complicated it would be to do. So I’m sorry if I’m just spewing ideas, like they’re easy to achieve.

Now boundlessverse actually hasn’t any another structure except graph of planet order. I want to see some more consistent structure with planets orbiting around suns, large moons orbiting around planets and small moons orbiting around large moons as well as saving illuminated side of each planets from every point of view - by neighbour moon, Sanctury or planet surface itself. This last desire will require total overhaul of day-/nightlight system. You have done perfect daylight system since 2014, but now you must go further. Every big object in sky - the next moons and planets must be a light source with its own brightness and colour parameters. And day with night must event simultaneously in each world - one half of world has day and other half has night with steady moving terminator line.

As part of this planets’ sizes must be determined by actual size of world and distance to that. Now all worlds have size 4608x4608 blocks, but moonworlds look gigantic from homeworlds and homeworlds look not so big from moonworlds.

Thank you for attention. 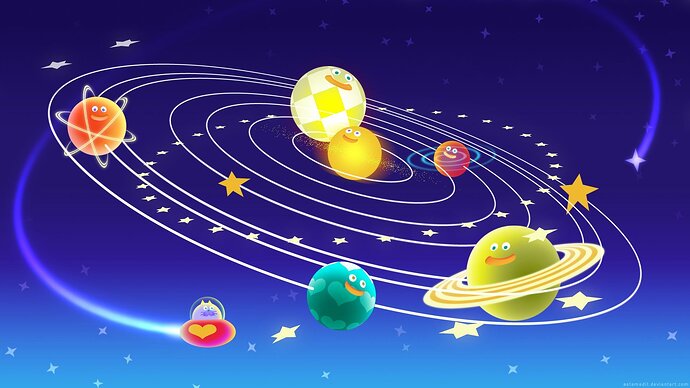 Ha!!! hit on the head for everyone who tried convincing me water transportation was not going to be part of the game

And how about world regeneration overhaul?

I already spoke about here and there.

Honey can be brewn/crafted/cooked into potions such as faster run speed, faster mining speed, health regen.

Bonus points for having different strains of bees as well that prefer to be in different biomes (cold bees, desert bees, cave bees) that all need different resources. Preferably in addition to this we would be able to make different beehouses that simulate these environments, so that we don’t have to spread beehouses all over the world.

This idea is awesome. Maybe this is taking it too far, but what if the bees could also act as guards for your plots? 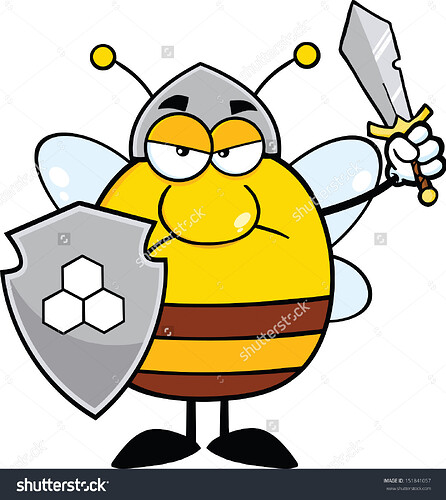