Thread for any who want to throw in good spots to do Oortmas snowball hunts or mob hunting.

Right now, the snowball meteors aren’t going but assuming that will be fixed so will go ahead and post the thread, as the hat mobs are already up.

First, I have a T1, Oortmas Land, set up with a portal at Sylva, Raxxa (via TNT Circ). Have some atlases and region center tokens there.

Set it up to be mostly flat but added in a few icy biomes for hat mobs. 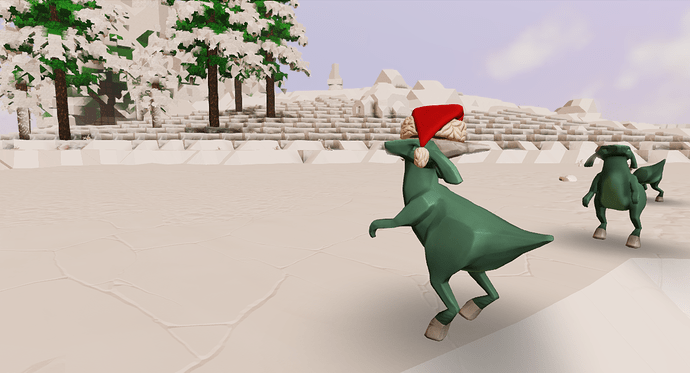 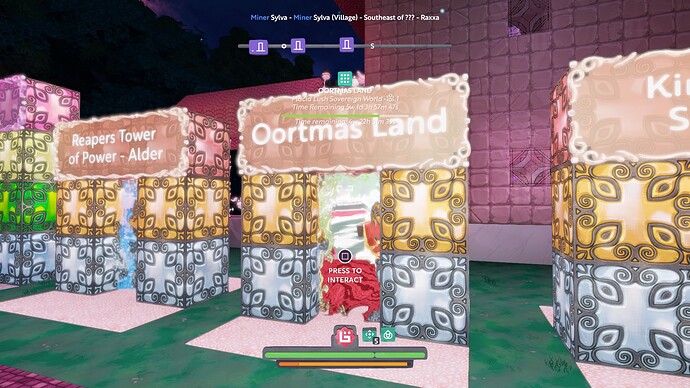 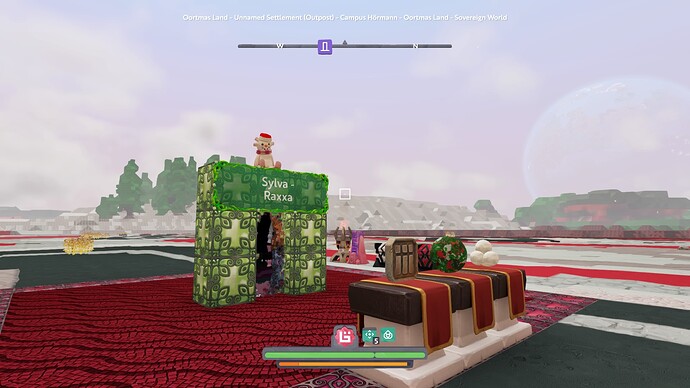 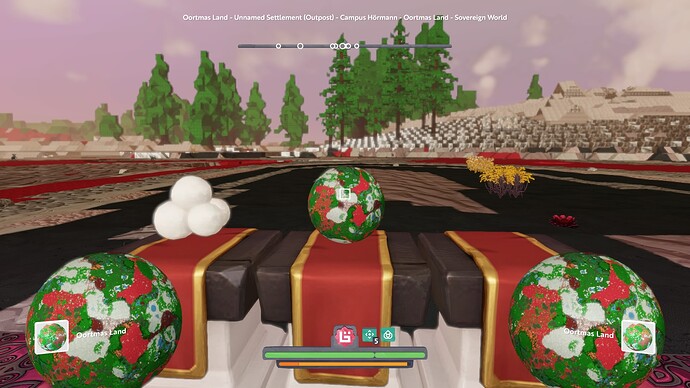 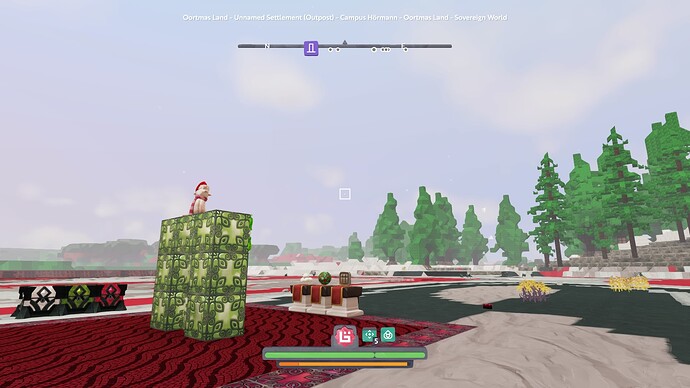 I’ll probably roll another T1 in a bit but probably won’t have time to do anything but open it up (leaving town before too long for the holidays and have a lot to do!)… will post again if I do.

Also, if just wanting to do regular hunts, but get hat mobs, icy biomes as I mentioned increase the chances of them. I have a T3 called Hunting Grounds off Gyosha, with a portal at Paka’s Place Gyosha, that is good for solo hunts, easy to navigate mostly but with some snowy biomes.

But very profitable for getting them - use the Stardrop/Sapphire portals at Paka’s Palace, Alcyon. These go to Maze areas (Glacier, so you can walk normally) and seem to spawn a bunch of them… being T6s, can snipe high level roadrunners and hoppers and get a lot of good loot. I actually find this easier than solo T3 meteor hunting. And can get bitter beans while at it! 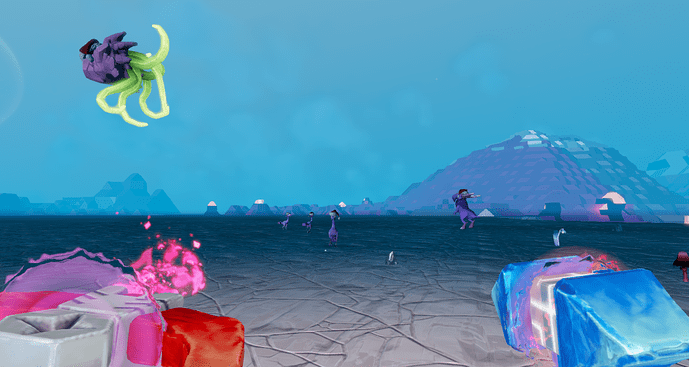 Oortmas Land is open to claiming, can place settlements wherever!

Though, it won’t be renewed, as a heads-up, just an event planet.

I put in for another T1 and will open that up to claiming too when it pops.

We will do pf hunts on Niia Zed Ka, We’ll post the hunting times at the ingame event chat. Will be La Familia hunts.

Yay! I also rolled a planet as T2, “Merry Oortmas”. Portal set up on Noodle (in the main hub off TNT Megahub Sov wall) and Sorissi (at Pu’U Baer). We are working on region poles for running

Available for plotting and such, too… with gleamballs… and maybe temporary… we shall see.

Thanks for the clarification… I was wondering if there was an issue with the Snowball meteors. <3

My other T1 open now - Oorty Claus, portal at Sylva. 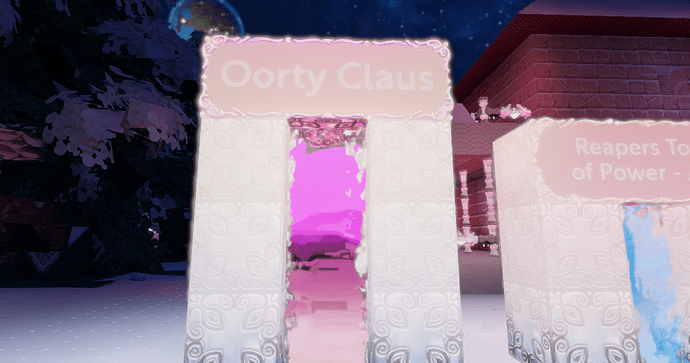 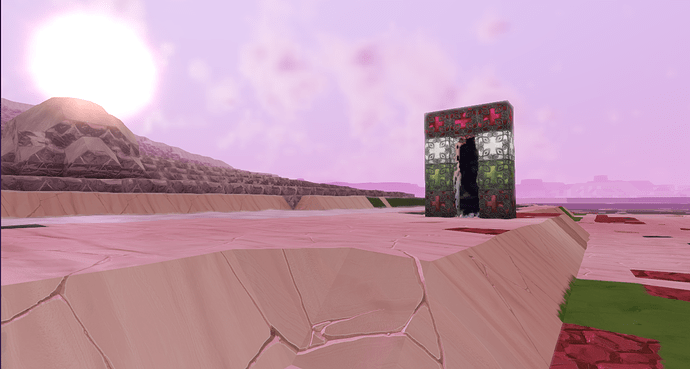 If meteorites get fixed, Brown Town will be running a few lengthy snowball hunts.

@james meteors aren’t falling (Q.Q) can the normal monsters were you get green canes drop red canes alson instead please

The snowball meteors aren’t on yet it appears - the hat mobs are active but not the meteors.

Looks like a dev will have to fix that part. When they are on, the snowball meteors appear on T1 and T2 worlds. The hat mobs appear on all tiers though, and spawn more often in snowy conditions. I would also LOVE if the hat mobs could drop red canes - recipes like the twinkles need a lot, hard to get a lot just with the fights.

if the hat mobs could drop red canes

They should work the same as regular meteors - only difference I’ve noticed is that with sovereigns, last time, you may have to enter a region on foot rather than warp into it in order to spawn one. The location tokens I put up are to some of the easier to traverse region centers… but you may need to run to another when warping to one once it is working.

Those atlases look awesome. Who knew one of the best Oortmas decorations would be a planet?

Also kinda looks like some cheap kind of plastic wreath was melted down and formed into a ball. Less awesome, equally festive.

There really should be at least one other way to get red canes. I would guess I spent at least 15 hours last year soloing L1’s and 2’s and think I came away with less than 100 by the end. Each snowball was taking me 30, 40, 50 minutes to complete for a single red cane or two.

I haven’t seen a creature with a hat yet. I’ve been all over on different winter biomes with no luck. Oh well. Hopefully they get the meteors figured out.

I went and tested and right now they seem to be spawning ok - but had a couple times on one of my planets where I couldn’t find any after running around a lot. Wonder if the spawns might bug out sometimes?

I tested out both of your planets and they both seems fine. At times I may have had to kill a few to get them to spawn or jump in and out of the portal. Overall, I got about 2 SS of canes.

One thing I am seeing is that I’m getting more spawns of them and larger packs on my T1s… but, if looking for profit, better to go with higher tiers still.

For canes though, T1s quickest for sure. I was just doing a little exploring of my latest T1, Oorty Claus, and I’ve seen a few places with region centers close to each other, lot of good flat terrain too.

… I also saw a settlement marker on the map when running around. But with no plots plotted or anything. That had me

I noticed a large pack of them on my t3 earlier. Is that a new feature?