Thanks @Jiivita. Good to see someone found sth useful there. I for once mostly saw whats wrong with it after reviewing the whole lot after publishing. Aren’t parents too critical of their children though?

The servers down stopped me in the middle of recording as well. Covering energy/hunger basics and what raw foods can one find in the wild.

Waiting for your next as well.

Wow what an epic Releases this was… The forms literally told James that he was done!

The release is now officially too large, the forum has spoken!

And over the past two weeks i scrambled to make over 90 minutes of feature introductions & overviews! O.o

As mind-boggling as those two things are… @James mentioned that we shouldn’t get too comfortable since the next major patch will change everything again!

Edit:
Oops forgot the table of contents hehe
this is in the description of the video on YouTube and act as links to jump around ^^

And in case you missed any of the previous feature introductions: Here they all are in one convenient spot ^^

off watching the overview - have been waiting too long for this one!!

A Guide to the New Universe

How’s it going everyone? Just wanted to show off what @Simoyd @Cakengrad @virresss @SePras and myself have been working on this week =) Also Special thanks to @Okkelinor and @Stretchious . @Okkelinor Made the “Boundless Crown” Star Chart which used assets from @Stretchious 's boundlesscrafting.com … as we reused elements of this chart for prototyping and in some of the new charts =)… wow the Boundless community is wonderful at recycling XD Patch Notes

Lol this release came out of nowhere for me… too distracted with all the changes in 188 not to mention spring break o.O

I haven’t been completely lazy over the holiday as i’ve been working on some back logged requests for beacon fuel and gfxs settings that should be up early next week ^^ After that, i may make a video for the new galaxy structure… unless i get a better idea / suggestion =P

omg thats a long one - I will finish watching later; defo will use some info as I have never actually look for red gleam

I’m sorry that it sounds like I’m throwing you under the bus… I do point out that this practice only started after the infamous gleam troll, and that just because you have many spots reserved does not mean you harvest every spawn. That aside… I should have made your intentions clearer from the start, so I apologize.

Its cool np. I know from video its had to tell if the gleam was still active because I do take the timber to no waste lol but most of the time gleam is gone by the time I get around to checking it I don’t check it every day. the builds I just put up 2 days ago just as a test thy wont be permanent. 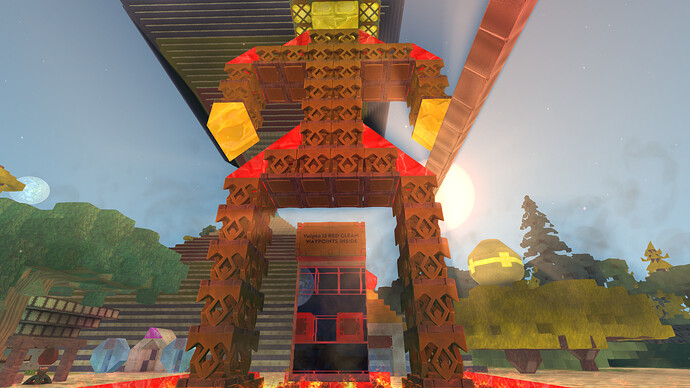 A quick video showing the different beacon fuels, how long they last, and a bit on how to craft them ^^

its a hashtag… we need to get it trending

its a hashtag… we need to get it trending

that was very informative! thanks @Jiivita

% resolution can make a huge difference if your GPU bound. This is very helpful for higher resolution monitors and lower end gpus,

Smooth normals bevels the edges of natural blocks, e.g.look at sloped grass with and without. Its actually the single most expensive effect, other than per pixel lighting.

Reflections do show other players/creatures (see 16:25 of yours!). In first person there is no reflection of yourself though due to Mr Tickle.

I’ll checkout the min fps freaking out at 60fps, not seen that yet.

this was happening in Aquatopia on Solum @ 497N 639E alt. 57… where i normally have to bump the terrain detail down to medium to maintain a buttery smooth experience for recording… So having all settings at Max along with the minimum FPS at 60 wasn’t playing nice =P… also i was running and jumping fulltilt all over the place… So I was kind of asking for problems rofl

We are working on the CPU load to get further wins all round!