So so cute!! I’m already feeling good today because of updates to Boundless and NMS (can’t wait to get home) but these cute pics just send my Feelz Good meter through the roof!

I just love the last one, the dessert thief, so much! Haha, that is so my cats, they just feel entitled to whatever I’m eating.

Edit: I won’t double-post them, but check the NMS thread here in OT too, I put some funny pics of my cats bombing my TVs in there in a pretty recent post.

When you get a cat, you’re basically signing a contract where you’re giving your house and possessions to the cat. If you’re lucky, they’ll allow you to stay as their roommate.

This is my boy Jake 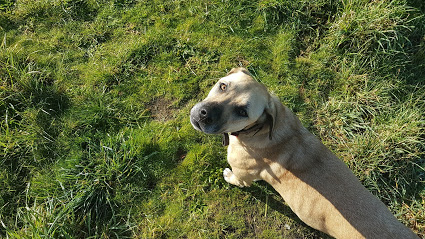 And his sister Beth 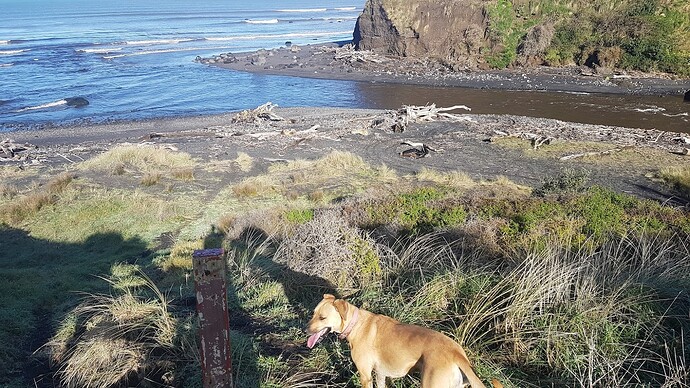 Because they posed for once 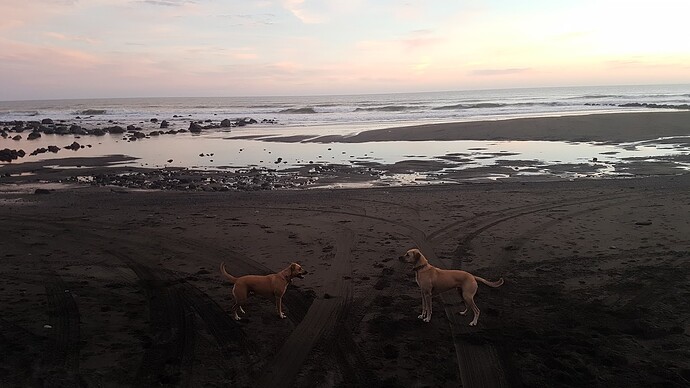 And because they’re super sweet 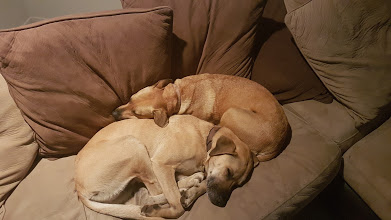 And action shot!! They fight and argue like typical siblings 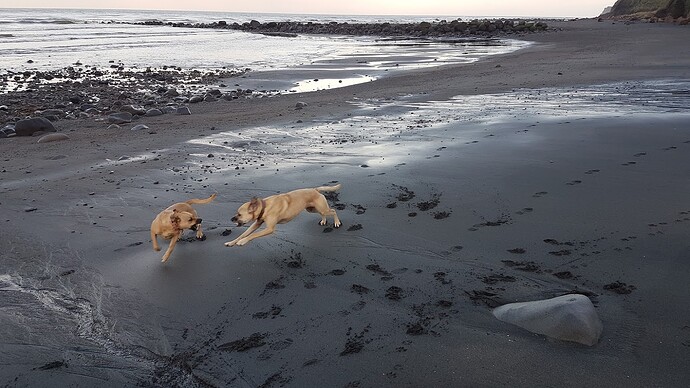 Gorgeous dogs and scenery both!

I posted pics above of the cats stealing my gaming chair (when this happens, I sit on the floor, as I don’t have the heart to move them). But a little while back, brought home a chair that a professor had left here years back and was just cluttering up storage… the cats love it, so now they have their own chair in my gaming cave. Also will add a very comfortable Smokey (with my Alduin statue in the background!) - 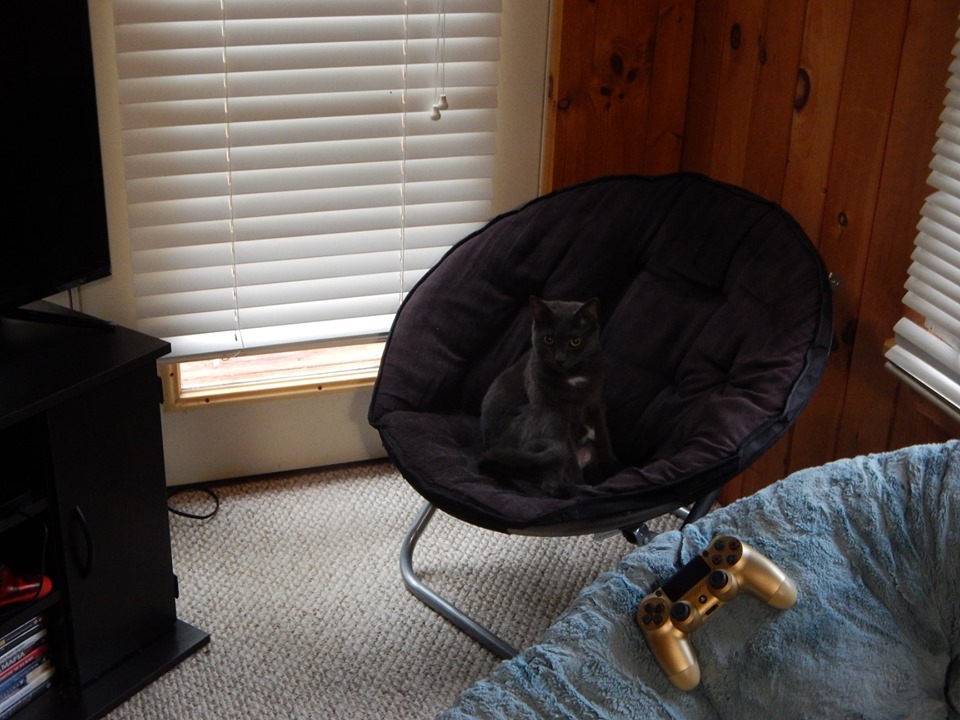 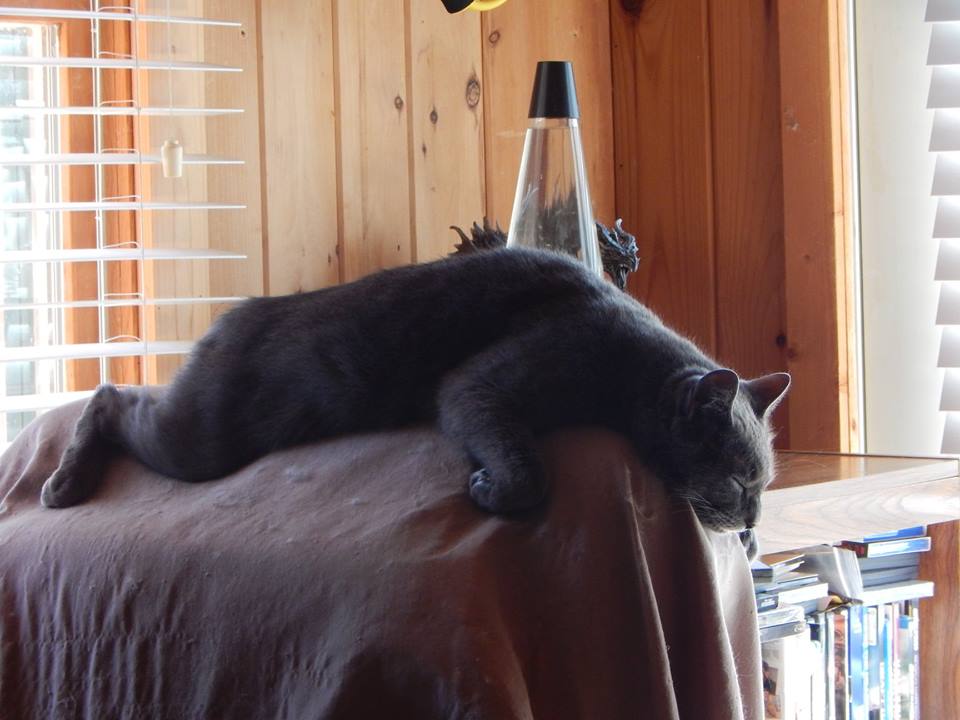 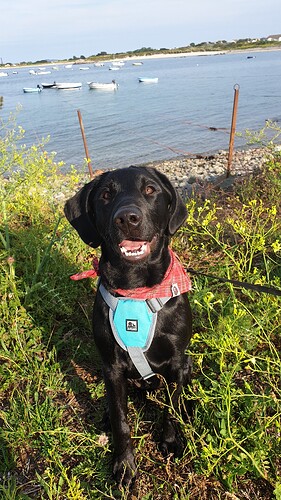 Once knew someone with a Black Lab named Buddy… was such a sweetie!

Sad pic with a happy ending 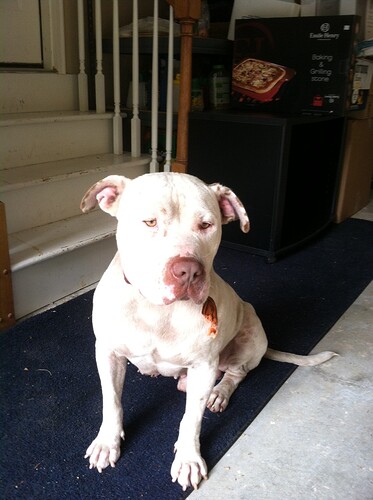 Oskar when he followed us home while walking the other dog. He had Heartworms, ring worms, a skin infection and they had put cigarettes out on his head and ear then probably abandoned him and he had to chew himself free. 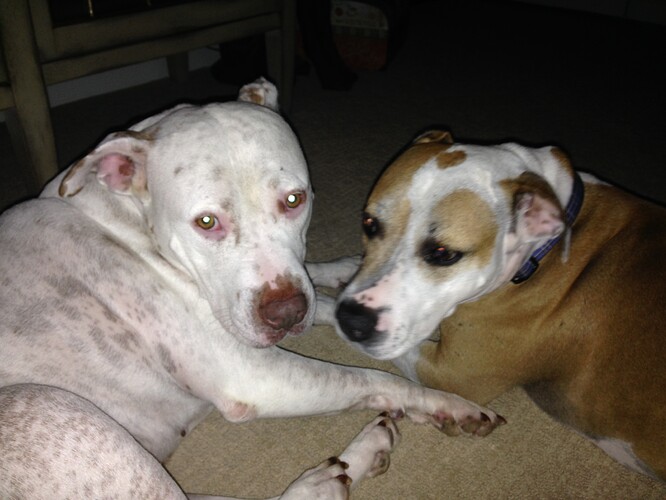 Oh poor baby… so glad you gave him a loving forever home!!

Tempting to post pics from our local no-kill shelter, Catman2… one of the main causes I support, and go once a month or so to drop off stuff and just have a heartwarming visit with all the kitties (“Cats Without Cages” is their motto). I always also end up taking lots of cute photos of course, lol.

Heres some pets thats i miss because i moved away lol 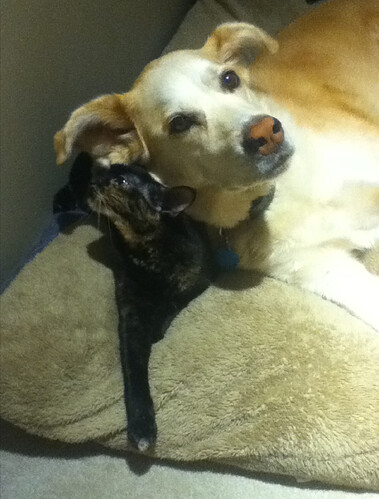 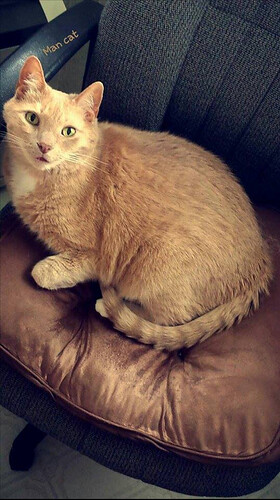 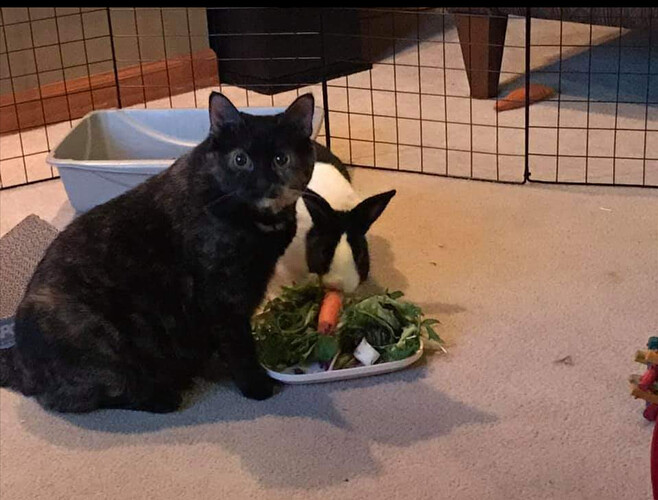 Awww!! And a bun-bun and tortie in the last pic!

Paka, the name I usually go by online, part of my name here, was a tortie. They are quite the personalities - Tortitude! Paka was a typical Queen Cat Tortie, haha.

Had a few buns in the past too.

Edit: Real Paka. She has a gravestone in my Boundless cemetery. 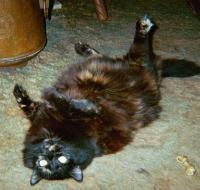 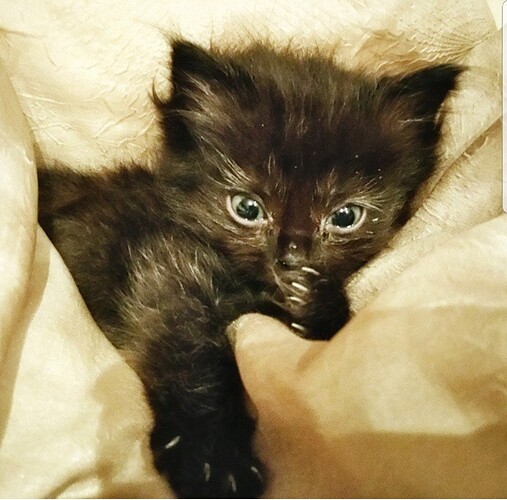 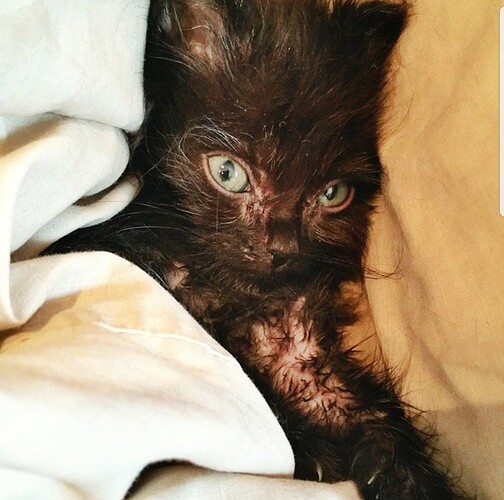 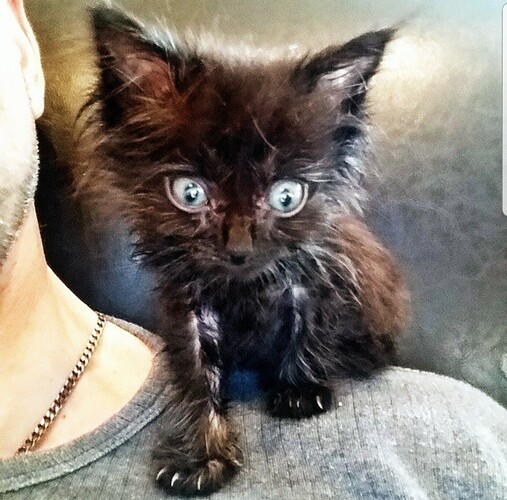 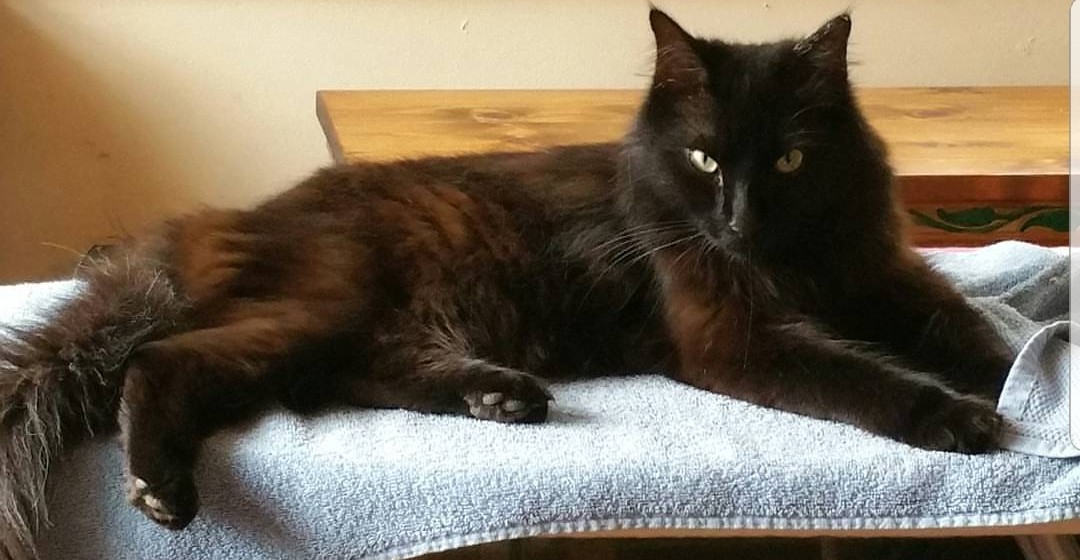 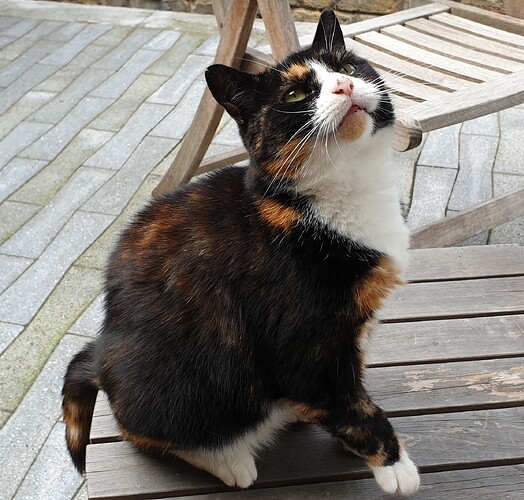 Up early, decide to get a little more of the beautiful Hot Cherry gleam… Snowball bombs the screen. Guess I’ll try to get some more sleep… 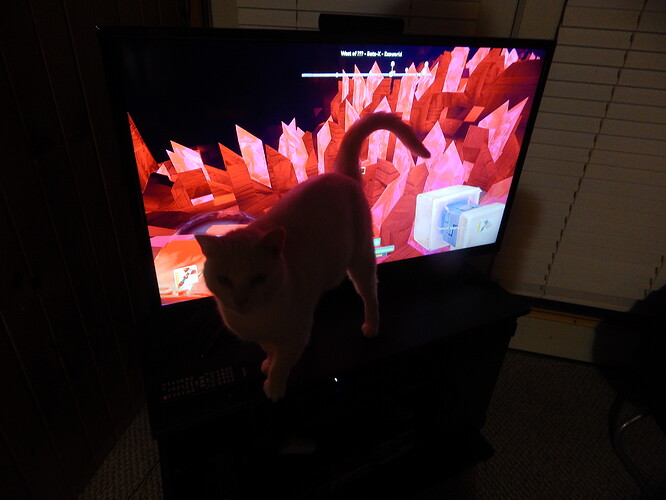 yep the Cat needs a nap, food or attention. .

Love the cat like you love your gleam. . lol

Haha, Snowball there is a very interesting cat - unlike our other two he mostly stays outdoors, he sort of came with the house (unlike our two indoor ones who we actually adopted), was scared of everybody at first but now is super-affectionate. Demands to come in sometimes, I’ll be there playing my games and his face will appear at the window and he’ll start meowing loud enough for me to hear.

He actually cuddles on me more often when I’m gaming than the other two do these days, he is such a sweetie!

I mentioned Fiona being really smart (edit, though I put that in another thread)… before Snowball started coming in, she’d attack him through the window pretty violently. Actually still will occasionally, but they get along ok face-to-face strangely. Anyways, she figured out REAL quickly what “Snowball” meant. One time I was sitting there gaming and see him at the window. Very casually say to my husband (in the other room but right on the other side of a thin wall so he could hear me), “Oh, Snowball is at the window.” He shoots back, “She heard you.” Within a couple seconds in charges Fiona, and hits the window full speed.

Yeah I will be gaming and Oskar will come down to my office and start mumbling at me to get my attention. If I do not look over, then he puts a paw in my lap and will bark. Then when I do pay attention, he wants to be an 80 pound lap dog. . uh maybe not.

Haha, yeah, growing up we had German Shepherds and one was a big bear of a long hair that thought he was a lap dog.

They definitely know when you are paying attention to something that isn’t them and let you know it. Yet to have a cat that won’t get on an open book, lol. Also, aside, can’t tell you the number of times I set out an outfit, then have to wear something else because one of them parks themselves on it and I don’t have the heart to move them!

Willow and Chaos look like they’re about to drop the hottest album of the year. 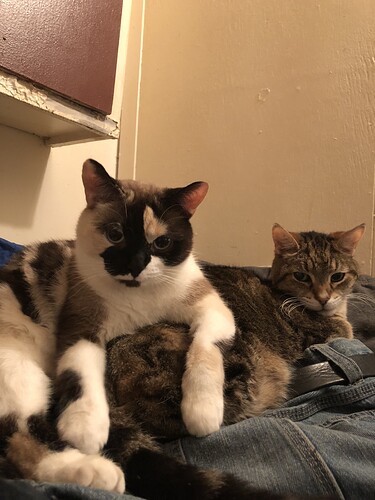 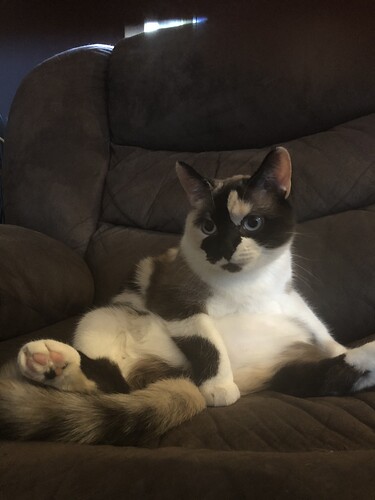 Willow Pose. Made me laugh.