Post your prefab creations here for everyone to see! 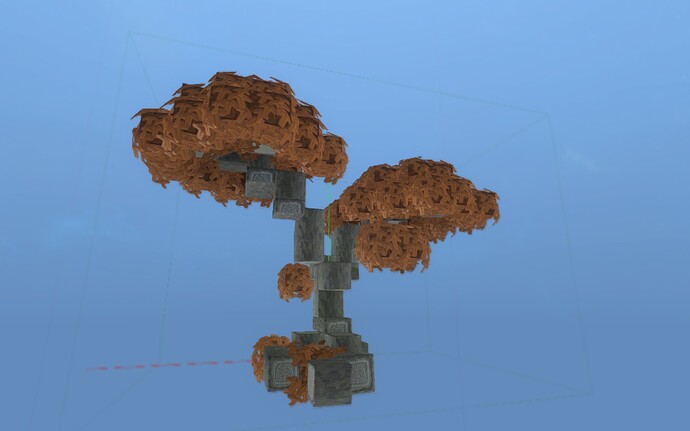 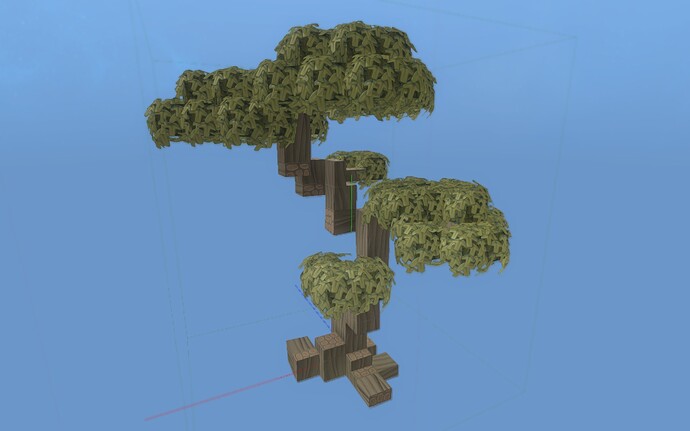 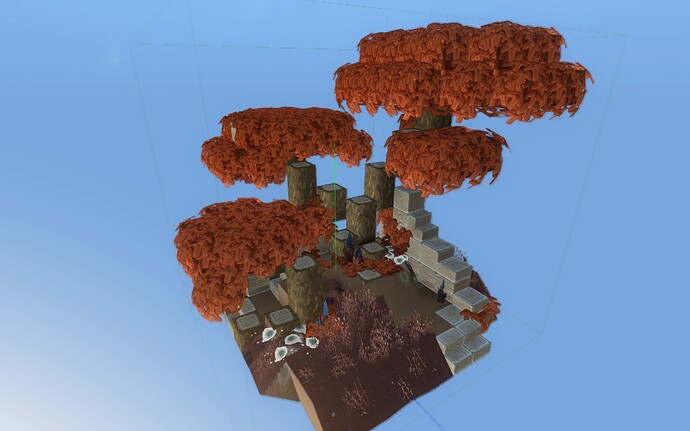 Awesome use of half blocks for the trees/roots!

Now it seems I need to start making prefabs. 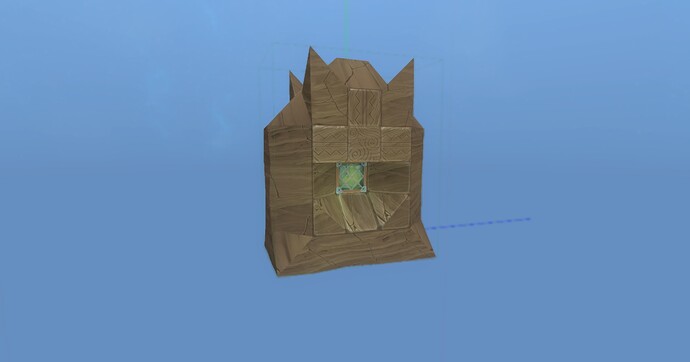 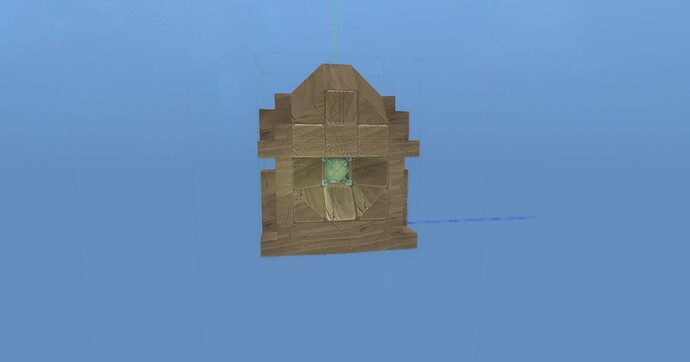 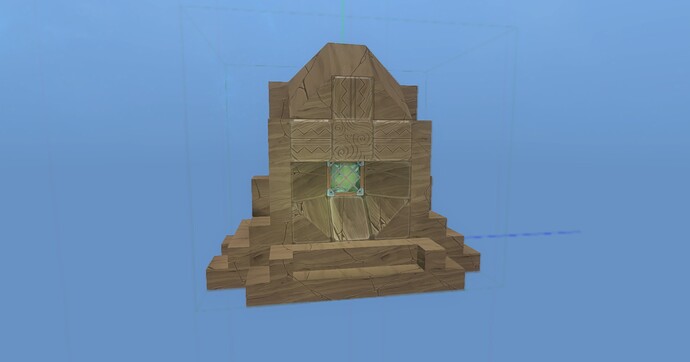 Loving all the new blocks as well

tried making ruins for a bit :> 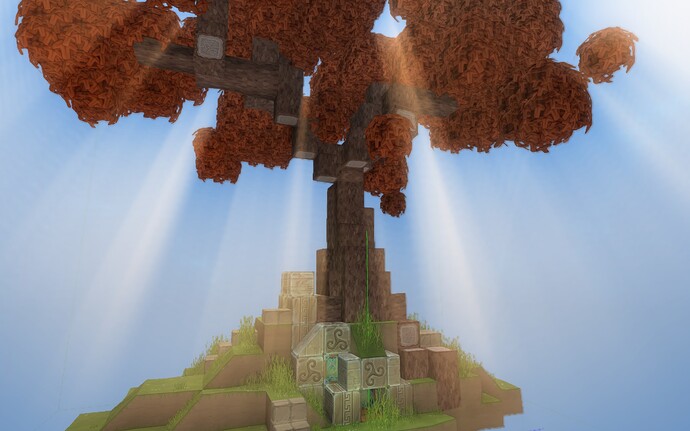 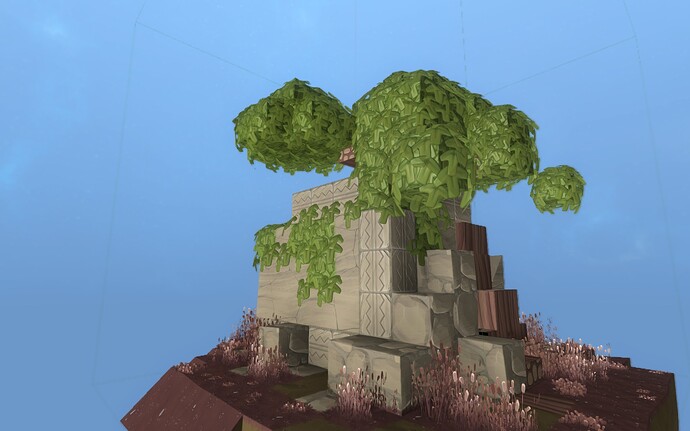 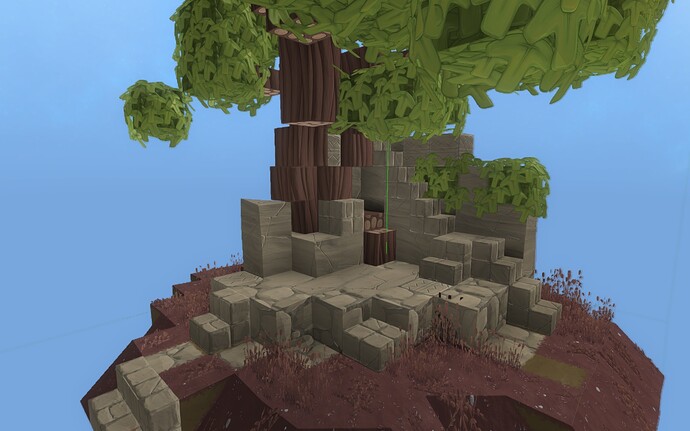 These are all really cool guys! Good job. Would you mind sending these to us so we can take a closer look? You can send them to: matthewsandford@turbulenz.biz

I don’t know if you realised but you can use the chisel on woodern trunk blocks to get smooth trees! This blew my mind when I found out.

Keep up the good work.

No probs, I’ll send mine over this evening when I get home!

I don’t know if you realised but you can use the chisel on woodern trunk blocks to get smooth trees! This blew my mind when I found out.

I was pretty excited when I found this out too. This changes EVERYTHING.

Really excited to see what cool things we can create for players to stumble across in the future.

Remember - prefabs will automatically follow all the same rules as the world regen - and are beacon claimable as well. Not really sure what this means…

I’m currently on some custom floating islands ^^
some wip screenshots: 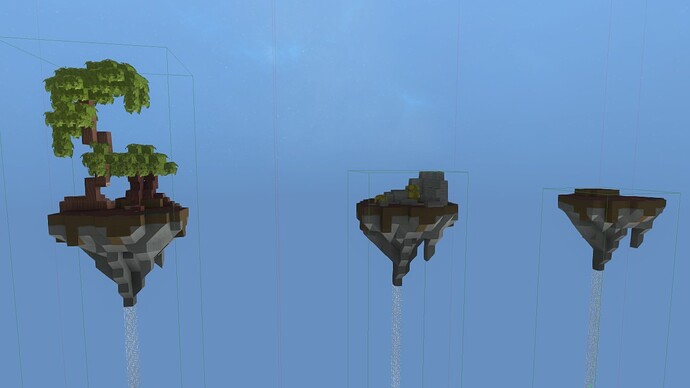 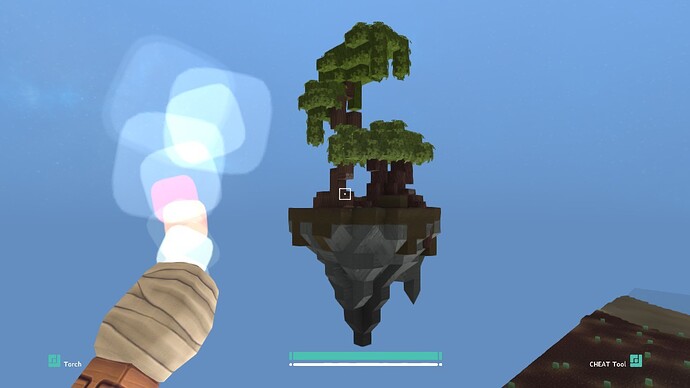 what’s with the tower of deletechunk blocks? also you can remove the bottom gleam (looks like you might not have in the second screenshot)

@lucadeltodecso would/does the world builder support liquid source blocks in prefabs? (if, say, I were to screw w/ the config file directly) It’d be neat to have some waterfalls on islands like those

what’s with the tower of deletechunk blocks

Is there another way to make prefabs float?

also you can remove the bottom gleam

Is there another way to make prefabs float?

correct, the gleam is only there to provide a starting point on the prefab, the prefab doesn’t have to ‘contain’ anything at the central position, or be connected to it in anyway.

fyi, liquids ARE NOT BLOCKS!

I don’t know how many times I’ve said that, but people never seem to really understand it ;p (minecraft’s influence?) liquids are ‘not’ blocks, there is no such thing as a ‘liqiud block’ or a ‘liquid source block’, liquids are an entirely seperate piece of data in boundless (the reason we can have things like torches ‘inside liquid’ and liquid ‘inside’ steps and sloped blocks because they’re two independent sets of data.

to answer the question though, no, not as it stands.

So, if i where to want to make, let’s say an oasis, I would simply need to make a ditch below the gleam block, fill it with DC blocks, then have the WB place it at the proper height to automatically fill with water, correct? The WB would fill that data for me?

I haven’t had a chance to experiment with this yet, but soon