I know this is probably well known to most, but was chatting with a new-ish player and they asked how you can do max brewing and baking easily and I suggested separate alts to keep it simple. They had enough cubits for 1 alt so I went through the process of what it would take to easily get enough alts to cover most basic crafting skill setups without a lot of effort or out of pocket costs (so OK for new-ish players).

If you take a brand new char

Give them permissions to your shop for at least using furnaces then give them 1 teaching pie and 11 smart stacks of raw earthyams and have them cook them. 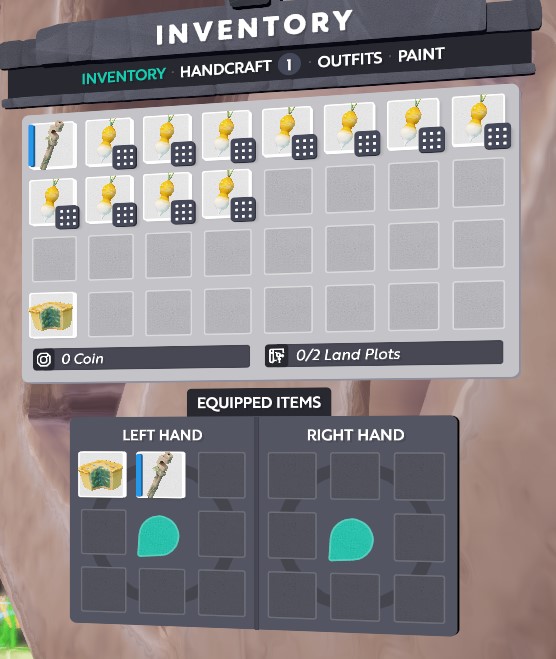 After a few hours (depending on the fuel you keep in your furnaces) and collecting all the reward boxes, the end result will be that the new alt is now lvl 18 and has enough skill points to do max single type crafting (like a brewer or baker, etc) with extra skill points for things like run speed, etc to make the crafter less annoying to move around.

The new alt now also has enough cubits for 3 more “new alts” for rinsing and repeating as needed and enough coins to buy another teaching pie and some raw earthyams if you don’t already have those.

Obviously well established players have many more methods of quickly getting the cubits needed for alts and to level them up… was just trying to figure out an easy way for new-ish players to not struggle with getting alts for setting up crafter chars if they want to.

If they make a miner next they can repeat this process with rock and ores they get.

They can also sell the bars, make stone doors and mint them.

Yeah, for sure lots of options

I had lots of raw earthyams around (packrat) so handing out 2 teaching pies and 22 stacks of yams to get them 1 brewer alt and 1 baker alt + 6 extra alts from the resulting cubits seems like a no brainer.

I love this. Its super simple, and I can easily use this as a mechanic to help new players.

Thank you for putting it into words! I “knew” this, but didnt really think of using it.

Yeah, just took a bit of testing on mine and my daughters accounts to see how many earthyams would use up almost 1 complete teaching pie (after also collecting all the rewards) and result in enough skills to set up a good crafter and have enough cubits for 3 more alts if wanted.

I thought about stones first, but a lvl 1 char with no mass craft capability would make processing them painful I think.

I think if you’re on a pie one stack of yams gets you enough points to unlock efficient crafting and save some fuel. I think by then you also have enough cubits to open the next character slot.

I kept a couple of those characters and this left me with only a minor hit for the character slots and the ability to use their cubits for plots and cosmetics. The rest I just deleted and slowly filled back up the slots as I knew what I wanted additional alts for.

Lots of variations will work well I think