I took a long break and came back a month or two ago to find all of my stuff had regenerated. I spent the first few days selling off the misc. items that were on all of my characters and gathered basic items for coin. I found a cool looking desert on Raxxa that I was using as a temporary camp for my stranded characters. I got enough for a diamond hammer and some food / brews.

I mined for gems and sold everything aside from the rocks until I had around 5 hammers and one of each machine with 24 advanced coils each. I continued mining to level up some of my characters that had not yet made it to 50+. I ended up with enough coin to get 10 additional maxed refineries and a continuous stream of hammers.

When it was time for a break, I would go explore the planets and portal networks that had changed so much since I last played. I stumbled upon a road to nowhere that came to an end in the side of a mountain. I continued the road and molded a path through the mountain, making use of the naturally spawned caves where possible and adding my own craftsmanship to try and make it blend yet still be navigable.

I started to get discouraged when I thought about the grind if I missed a beacon refueling cycle and the potential setbacks, so I purchased a year of gleam club. Now that I wasn’t worried, I started laying out the foundation of my new home base. I dug out a huge hole (Behold! the raxa ravine), and started storing all of my items there along with my machines. I have since added a glass floor about 40 blocks up, and another floor just above my machines. I started working on an ice slide from the top of the world down to my machines.

I plan to have a tall build wrapped around an ice slide & up-ramp in the center, but haven’t decided on a style yet. Most likely ruined looking to fit in with the desert landscape. It will start at ground level with all of my clutter tucked away in the basement levels. The current basement / workshop area considers 20 refineries, 10 workbenches and compactors, 9 mixers and extractors, 5 forges, and 5 slots for pigment/minters or ???.

After I had the basics and a layout I needed to get the machines. However I was tired of mining one type of gem and selling resources to purchase coils, I wanted to make my own! So I made a list of all of the raw ingredients I would need, only considering mass crafts. As of tonight I started the mass crafting of the workbench coils! 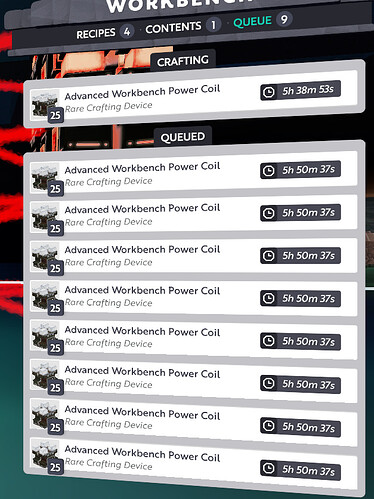 image627×838 192 KB
If I get a chance to hop on after work tomorrow I will cancel a few and set up the newly crafted coils to speed along the process.

Next is 9 mass crafts each of Mixer, Compactor, Extractor, and another 9 Refinery advanced coils. I am glad I came back to this game and am still enjoying the grind. Looking forward to the sovereign worlds update for even more places to explore between the resource gathering sessions!

I finished my ice slide from near build limit down to the machine level along with a ramp up to the top spiraling with it. The slide/ramp follow the same slope and is a 8x8 square with a 4x4 shaft in the center with trampolines. I surrounded it will walls of ice, so overall the shaft is 10x10. The slide is very repetitive and occasionally gets stuck towards the top before it gets you into a nice rhythm however works for my intentions. It is basically a lazy man’s staircase between levels that spits you out on each open floor on the way down, all I have to do is punch out a 3x3 hole in the outer wall on the corner and it ejects you. If we ever get some form of function that lets me select a path I will be adding multiple paths/destinations to the final build. Near ground level I installed a checkered floor that will most likely be covered up or turned into my storage room. One of the blocks was dark berry meta bricks, which I incorrectly calculated by a factor of 4 due to believing one mix = one brick… So I have a few (17) thousand extra bricks.

I reserved a much larger footprint at the natural ground level so that I can make my build as wide as possible at the base to account for the not so narrow slide/ramp to the top. I have decided to go with a natural theme and will be building a large ice mountain in the middle of the Raxxa desert. Towards the top will be ice, and a dark colored rock to be named later. As I come down from the peak the ice/rock ratio will begin to decrease and then the tree line will form. I plan on having multiple walking trails to the top from beginner to expert, some that will require a grapple. Possibly looping through interior ice caves, along with some hidden chambers to gaze upon - inspired by neighboring builds. As you come further down the mountain you will begin to see the ice melting, creating streams and maybe a waterfall or two, and vegetation flourishing. As the streams and waterways consolidate into a larger river, the area between will start to dry up, and eventually blend in with the desert. The river will flow down into the ground and work it’s way all the way down to the mantle. The very bottom ~40 block tall room of my base below the glass floor will be a glowing caveworld. The river will enter into this area and it will be the only way in. Here I will have glowcaps and gleam, so that it is visible through my workshop floor, and my workshop floor visible from there. This is where the portal to my creative world will be (if and when that feature comes to the main game). Leading to an entire world of wonder! The entrance to the creative world will start as the same underground cave found in my survival base then blend into more Alice in Wonderland vibes as you near the end of the cave/beginning of the open to public creative world.

While thinking about the above I took a break from the base to start one of my other goals, mapping all public planets on one character. I started with Raxxa, Niia Zed Ka, Gellis, and Circarpous I. I saved some locations, took a couple screenshots, and decided to move onto Till as that is where my cave/road plot is at along with my favorite hub, the Khalis Network. I was finding this planet particularly difficult as there were many regions inside of large lava lakes. This seemed like an opportunity to use all of the extra brick I accidentally made! I mapped what I could, then started building bridges across the lava lakes so that I could hit the region in the center as well as connect two parts of Till together. However some lakes were larger than the looked so I opted for more of a pier design, jutting out into the lake just far enough to reach the Mare regions of Till. In total, I have 12 bases on Till now counting the cave/road. The location tokens for 10 of the region platforms/bridges can be found at the shortest of the bridges for free if you wish to map Till! (Not for the weak spirited or those with a limp grapple). The beacon with the tokens can be found outside of the the southeastern corner of the giant pyramid at the Khalis hub. Currently I am finishing the work on the bridges before I move onto money making for tools to gather resources for my ice mountain!

Congrats! It’s great to feel like you’re on top of things especially after a big setback.

Just a heads up from someone what wanted to build a big tower at one point, are you on top of your mesh limits?

are you on top of your mesh limits?

I honestly don’t remember how to check if I centered it or not. One chunk is a 2x2 plot correct? The base is 8X8 plots so I should have at least 16, if I got lucky and started it in the right way, 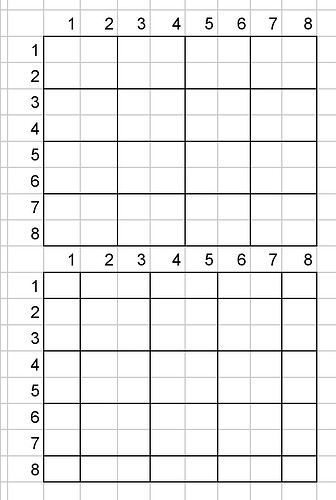 Edit 2: I checked and confirmed that I did end up with one of the four out of 6 possible configurations that resulted in 20 chunks. 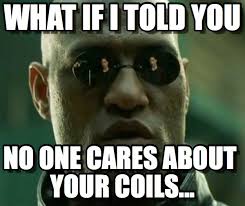 As a fine connoisseur of all things coil, I can indeed testify that such coils are of a remarkable quality, and as such I highly advise any and all such interested parties to partake in the procurement of such goods.

yay! i love this story (that recipe mats list is very timely by chance too!)

It took me longer to write the list than it did to get the diamonds. If you enjoy the progress story feel free to check back, I plan on updating the post as I progress further.