Regen Bomb changed behaviour with latest patch (not for the good)

With release 217, if you used a world regeneration bomb while standing in a space the bomb is going to regenerate, the bomb would teleport you on the regenerated blocks. This made regeneration bombs safe to use in public farms and could even be used when farming bark. You would “dig” down through the wood, then throw a bomb and get teleported back on top of the tree.

With release 219 this changed. The world regeneration bomb now teleports you on to the highest possible block over the space your standing, not the next possible! This is either the roof of the farm, or the topmost branch of the tree.

But it gets even worse. In my gravel farm, deep below the sea on Besevrona, if you don’t move to the side when regenerating the gravel you’re teleported onto the farm roof… which is conveniently located at the bottom of the sea…

Edit: This does not happen if only one or two layers are regenerated. In that case it behaves as it did with 217 and teleports you onto the generated layers. With 3 or more, it kicks you out of the farm (there are 7 blocks of air between the top of the mud and the roof of the farm)

I get the feeling that farms and regen bombs are making it too easy to bot the game and the devs are looking for solutions. We should start talking about what it would take to move away from farms as the primary source of many of our ingredients. Do we need more plant nodes? More drops per node? Maybe we just wait for farming and that’s the solution?

It’s the only thing I enjoy. Building farms

Ditto. I’ve marked out an area close to 1k plots and am currently in the frame stage of building a farmhouse similar to what I grew up on as a kid. Then it’s just wide open space that’s waiting to be fenced in and new soils and grasses from other worlds planted to give it some life n spice.

Yeah, farm builds are cool cuz they’re functional and help others. And the builder gets foot traffic. We do need more stuff like that in game.

And the builder gets foot traffic.

My farms generate about 1000c per week per beacon (the bark farm about 3 times that). A single 1x2 portal costs 2064c per week if you but the shards at 160c. They make enough to keep the portal fueled and I love creating them but it’s not the most efficient way to get rich.

This broke my tree farm too.

Technically the bomb could regenerate a brick above the roof. Even though it’s not regenerating any blocks there the bomb puts me past the range of any blocks that COULD have been regenerated (the full AoE of the bomb) and then it has to push you up over any natural blocks that are there.

This means you get lifted above the regenerated tree, above the farm, and then to the top of the remaining tree. It looks like I can raise the roof and maybe fix this particular farm but it sure is a pain. I’d prefer not to if they’re still working on some bomb changes.

It looks like I can raise the roof and maybe fix this particular farm but it sure is a pain.

I’ve built a test setup with multiple platforms above an area I’m going to regenerate. 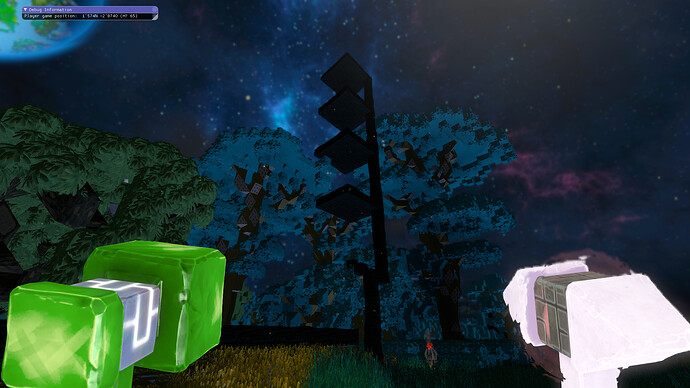 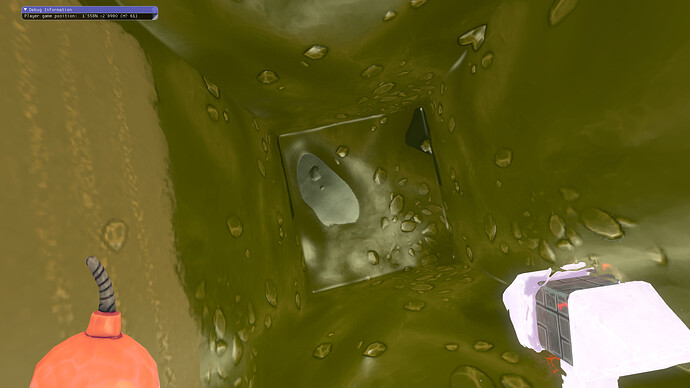 and I’ve ended on the top platform at level 104 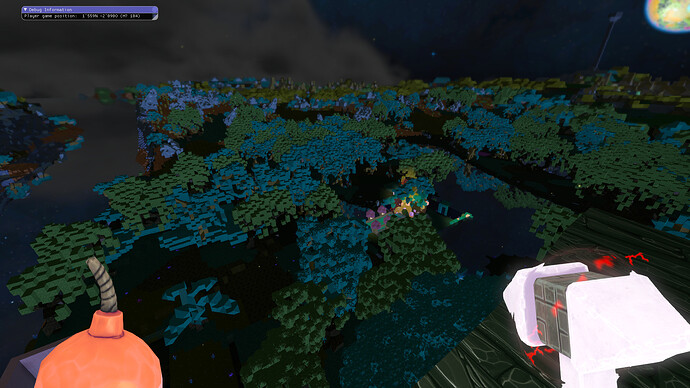 The cool thing is it can be used to easily climb these rings in e.g. Cardass 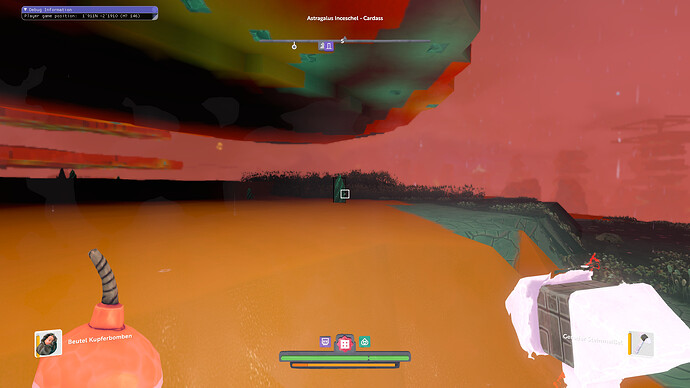 and I’ve ended on the top platform at level 104

They fixed the drops, I sure hope that they fix this.

Thanks for sharing the testing I’m not going to bother. I’ll wait for word from @james or someone that bombs are working as intended and then move forward.

Does standing away from the bomb help?

And a short term fix for some farms would be to put a door on the roof. Still annoying getting kicked out every time though.

I put a door in the roof, but it’s enough of a jump you need to change tograpples and whatnot to get back in.

It’s 5 seconds of action, 30 seconds of recovery at least, then repeat. In my case and what I did so far, if you’re not standing in the way of a regenerated block, you don’t get thrown at all.

So someone can be standing unaffected in the beacon space that the bomb throws me through. This wouldn’t matter if you were standing beside the tree but the farm I built was very specific for vertical farming and it’s not really comfortable for standing at the bottom of the tree and cutting it sideways.

How does it work if you aren’t in a farm and you regen in the open? I don’t really like farms, I prefer, now that I can for the most part survive the critters, to kill them and get the loot from the. Eyes, trophies, meat, bones are needed for other crafting projects and then when I find the staffs, bounders and such that give me other items for crafting I can get them.

Inside a building keeps me from getting those needed items so I am guessing that when I regen the area I was harvesting all it will do is regrow the growth or the bark or whatever I am collecting.

And a short term fix for some farms would be to put a door on the roof.

Unfortunately, people don’t close doors. And mobs do spawn on the roof. Or on the part of the tree that’s outside the farm? I’m not sure where mobs can spawn.

If only the game had automatically closing doors.

Forgot about mobs on the roof

I get the feeling that farms and regen bombs are making it too easy to bot the game and the devs are looking for solutions. We should start talking about what it would take to move away from farms as the primary source of many of our ingredients. Do we need more plant nodes? More drops per node? Maybe we just wait for farming and that’s the solution?

Personally, I find it difficult to understand the design decision behind the secondary drops being the most reliable way to get specific drops. But I don’t know if it’s intentional design or not. And I don’t think it’s bad but I do think it’s weird.

As an example, I think part of the problem is that harvesting a desert sword on a T6 is the same as harvesting a desert sword on a T1, but yet there’s a cap on the amount of drops that will come out, so if you want to harvest desert swords, you’re better off doing it on the T1 for the sake of your tools’ durability. If you want to min-max, etc… Realistically as long as you are one-shotting the plant, it doesn’t matter, since the drop amount is the same. But a tougher plant could maybe give a bit more, in the same way that ore in higher tier planets gives more per seam.

Another issue may be that both plant drops and farm drops are less efficient if you don’t invest in Luck; I think Luck is a mandatory attribute for any sort of efficient resource gathering. But yet, if you have luck maxed and you also have the surface resource 5 skill epic that adds another 200% chance, you won’t get any more materials than if you just had one of the two because of the capped amount of drops, which is both good (balance-wise) and disappointing (fun-wise) at the same time.

One idea I’ve had in mind recently is that we could remove secondary drops from things like growth but add a machine that lets you process say; 10 growth in a single craft/360 growth in a mass craft and get N amount of shimmering orbs from that, using Spark to do the processing. This would mean you have to spend fuel/coal etc to be able to get the secondary resources, but they would be guaranteed and you wouldn’t need to rely on the luck attribute.

But that could be flawed too, because not everyone will want a new machine and some may be perfectly content with the current secondary resource meta. In addition, it removes some of the short-term gathering RNG, which some people may actually be fond of, though I wouldn’t know.

And like you say, maybe the farming update could be a solution here, but we won’t know, not until we know what the mechanics or specific design intent are for that mechanics system.