This release reworks the configuration of the Portal rendering to allow more ports to be open simultaneously. 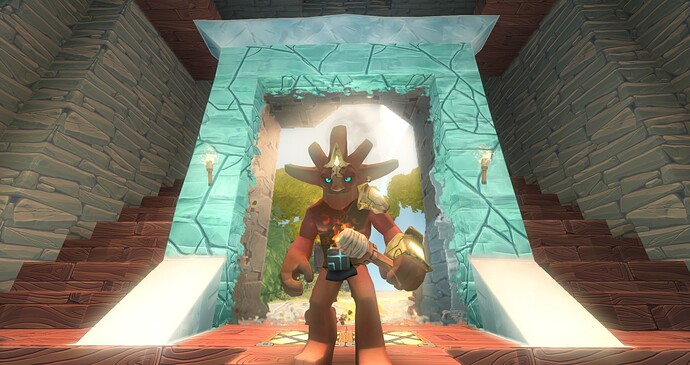 • [new] Game displays welcome message for a world through a portal without going through it.

It’s a pretty useful for portal searching in unknown settlements. Could you replace it by new compass markers with high priority?

Could you replace it by new compass markers with high priority?

I would hope that in-sandbox signs are a better solution that out-of-sandbox HUD features.

Some says you added a reverberation, but here is no one word about

• Fix for totem accepting an iron slingbow as ammo.